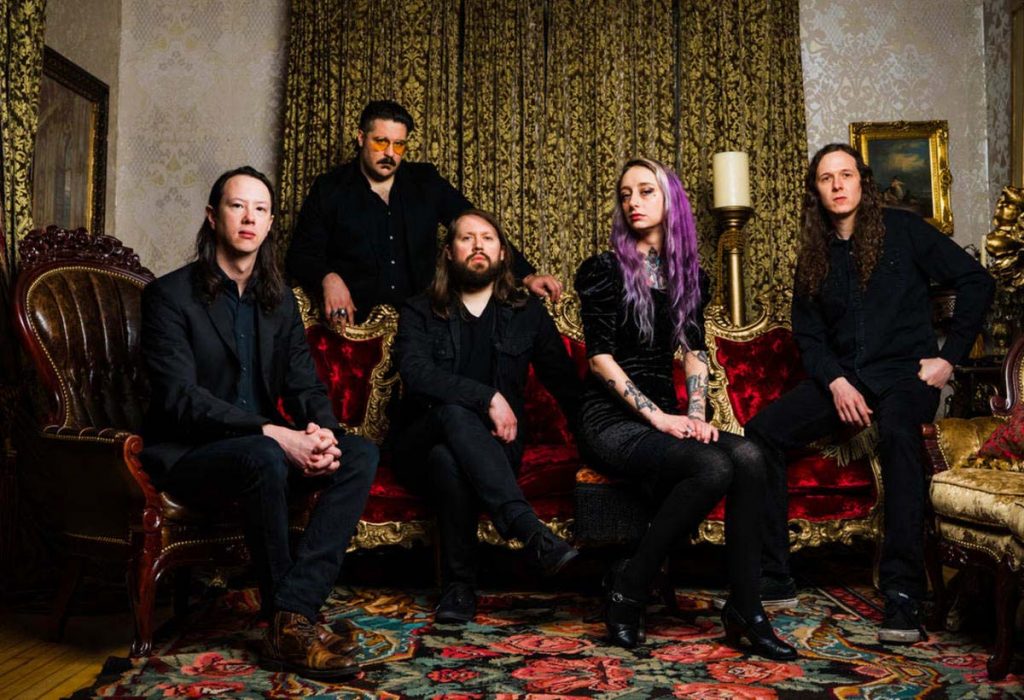 Whilst storytelling has been – and remains – at the core of all that Huntsmen is, they continue to dissolve the boundaries between metal and the more traditional modes of folk and country. Their latest album »Mandala Of Fear« marries melody and progressive elements to create an undulating foundation to layer its dystopian missive on atop.

From bleak, soul crushing lows groaning a dirge of isolation and despair to sparkling, yearning highs speaking of vulnerability and hope, »Mandala Of Fear« follows a lone soldier in one of humanity’s last wars through a harrowing tale of survival, dread, brutal loss, and unquenchable resilience.

»Mandala Of Fear« was released on March 13th, 2020 via Prosthetic Records.

Produced by Huntsmen.
Engineered and Mixed by Sanford Parker.
Mastered by Collin Jordan.