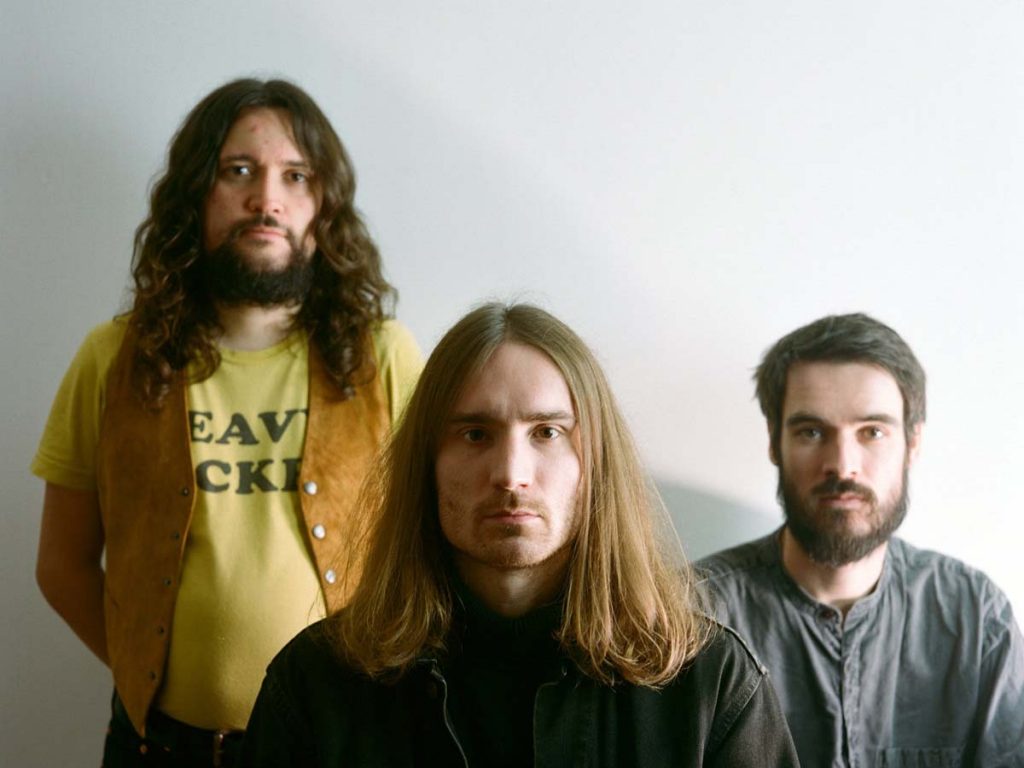 “Welcome to the Parish! Gather round my lambs for today’s sermon. As the four horsemen did ride, here for you are four ballads of sweet sinful pleasure from London’s pilgrims of proto-metal Parish. Their debut EP invites you all to join our humble congregation and rejoice, for the days of the final judgement are nigh upon us!”

Parish are a pastoral proto-metal power trio from London, England. Their first release on Crypt Of The Wizard entitled »God’s Right Hand« is an ode to the end of days.

Each of the four songs on this ‘concept EP’ are inspired by a different horseman of the apocalypse. The songs take the listener from scorched, barren farmland to the muddy fields of Civil War-era Warwickshire. They will then meet a family and town wracked by plague before taking a trip through the afterlife. 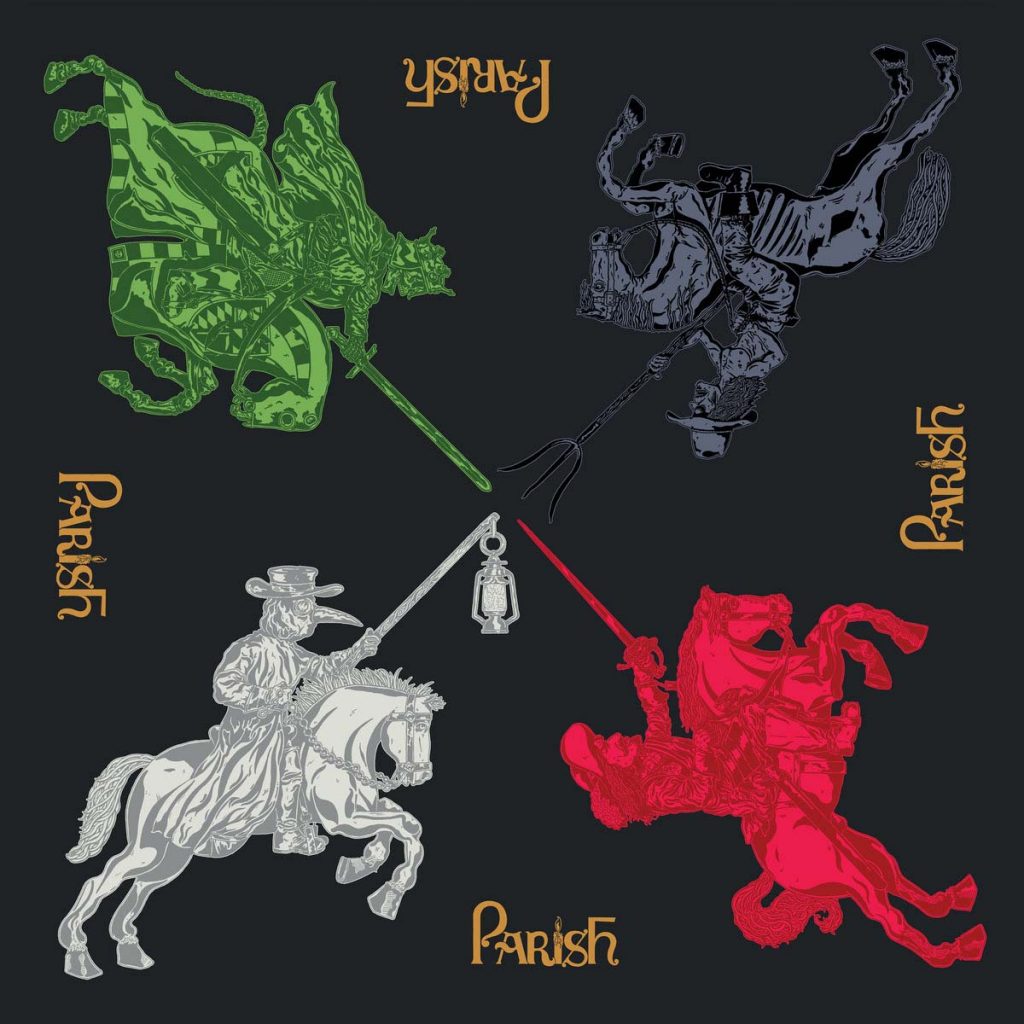 Despite forming just a few years ago, their sound is as ancient as it comes – as in deep, way deep, into the ‘70s. Their two-song »Famine, War« demo in early 2019 was but a foretaste of the archaic splendor to come. At twice as many songs, four-pronged just like its simple-yet-elegant cover art, »God’s Right Hand« is Parish hitting a peak enviously early in their career.

To say that the Parish of »God’s Right Hand« is indebted to earliest Black Sabbath is both accurate and misleading. While just about any doom-oriented band could be likened to the almighty Sabs, PARISH’s resemblance is a literally spiritual one: their measured ‘n’ melancholic take on heavy rock bears an aeons-old fear of God and a pensive, even-pastoral expression of it – cranked to 11. Just witness the stomping opener »Apothecary« and the way Parish wind the listener from the grimy backstreets all the way out to the barren countryside with mystical closer »By A Bandit’s Knife«. In between, the Sabbathian push ‘n’ pound opens up to include shades of Witchfinder General, Pagan Altar, and even Trouble. But the richly analog recording of »God’s Right Hand« absolutely bleeds ancient-days authenticity, and wholly whisks the listener away from any sense of modernity…

The church bells toll and the mass is to begin… head to Parish and witness God’s Right Hand!