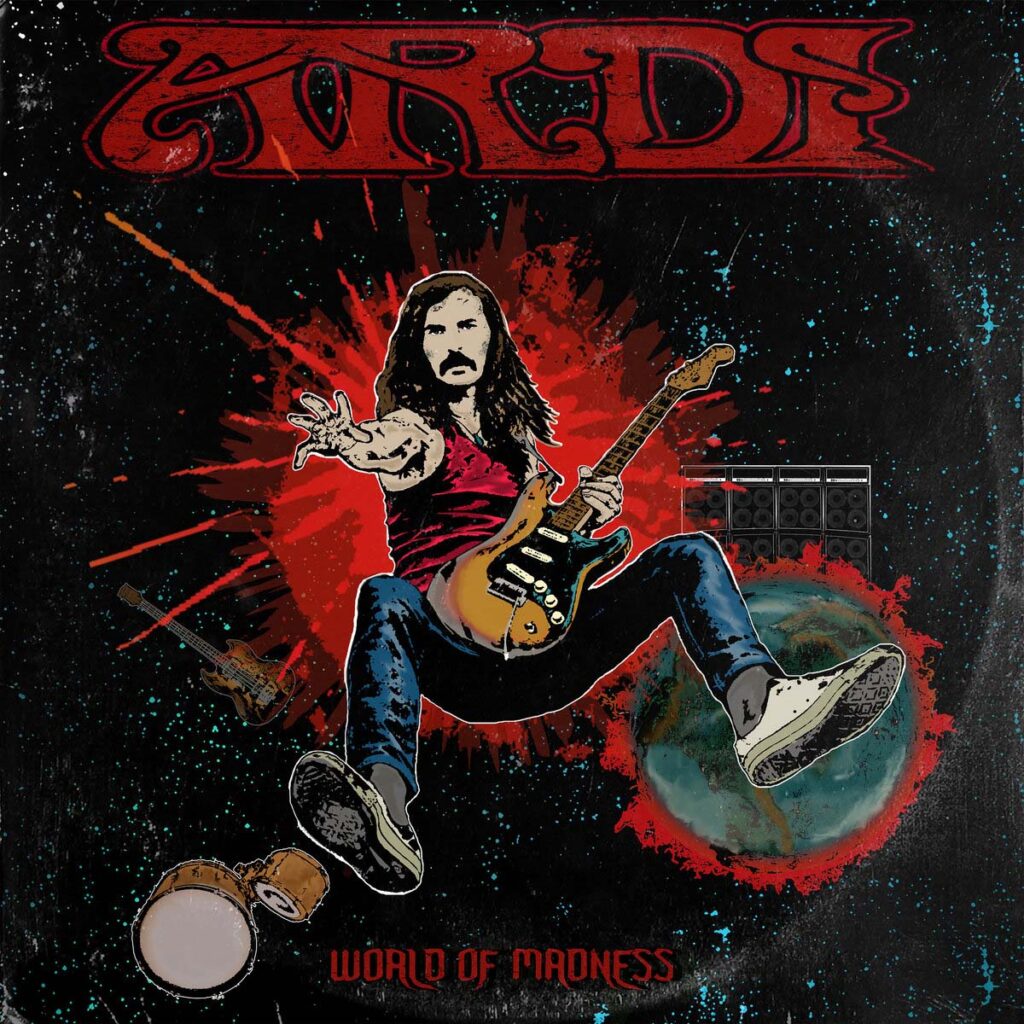 Ardi is a one-man band by multi-instrumentalist Jason “Ardi” Ardissoni from Ventura, California.

A sonic blend of heavy grooves and no-nonsense riffs with Mark Farner and Ozzy Osbourne persuaded singing, Ardi will rock you and leave you craving more (don’t worry, there will be). Inspired by rockers like Dust, Grand Funk Railroad, Pentagram, Scorpions, and Budgie, he covers a range of sounds out of a time capsule from the 1970’s, ready to blast your ass back to the golden age of heavy rock.

Ardi has always had a deep passion for instruments and artistry. This solo project, in which he plays all instruments, sings,produces and created the art for is the culmination of all the distorted sounds from his head and heart. Ardi started playing drums in bands when he was 18. By 24 he was also singing and playing guitar, bass and writing songs. He’s performed with a handful of bands in the Southern California area, taking on whatever instrument was needed. You might have caught him playing with Goat Rhythm, Rubberneck Lions, Siren, Space Panther, Aejis, Copper Clad, Brian Mikasa, Mantis, or Pyroglyphs.

In April 2022, Ardi released the brand new single »World Of Madness«. The full album is in work and it will be released on vinyl via Glory Or Death Records.