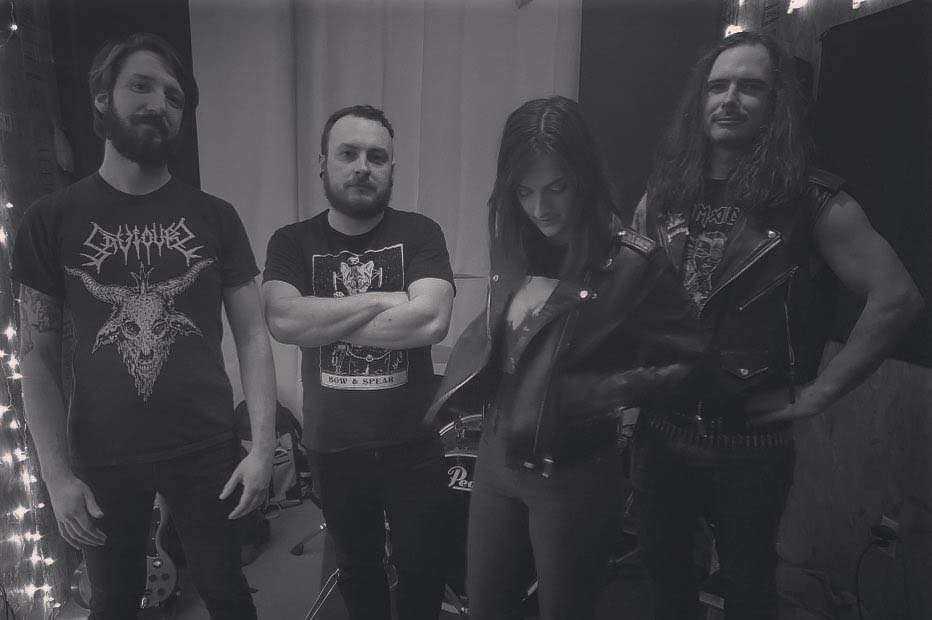 Portland, Oregon based stoner/doom four-piece Slow Goat formed in 2021 amidst the global pandemic when lifelong friends Dan Cuffe (guitar) and Gage Managhan (bass) came together in a smoky basement, compelled to create music in a world that felt more oppressive by the day. Riffs flowed rapidly as the latter brought a strong NWOBHM influence to the fretboard, while the former leaned into his fuzzed out stoner/doom roots. After performing a one-off backyard set a few months later, the two immediately got to work fleshing out the full band’s lineup, recruiting Dallas Stelzriede (drums) to reign in their sound with tight, intense rhythm, and Rosie Peterson (vocals), whose clear, strong voice demands a listening ear. Slow Goat’s sound features thick, fuzz-drenched riffs and tightly rolled grooves, while lyrical themes touch on isolation, regicide, and the evils of our world, encouraging the listener to find their own meaning; or none at all.

The band currently has shows booked for January 29th at the High Water Mark (Portland, OR), and February 19th (venue TBA shortly).

One thought on “Introducing: Stoner/doom four-piece Slow Goat from the Pacific Northwest of the US”