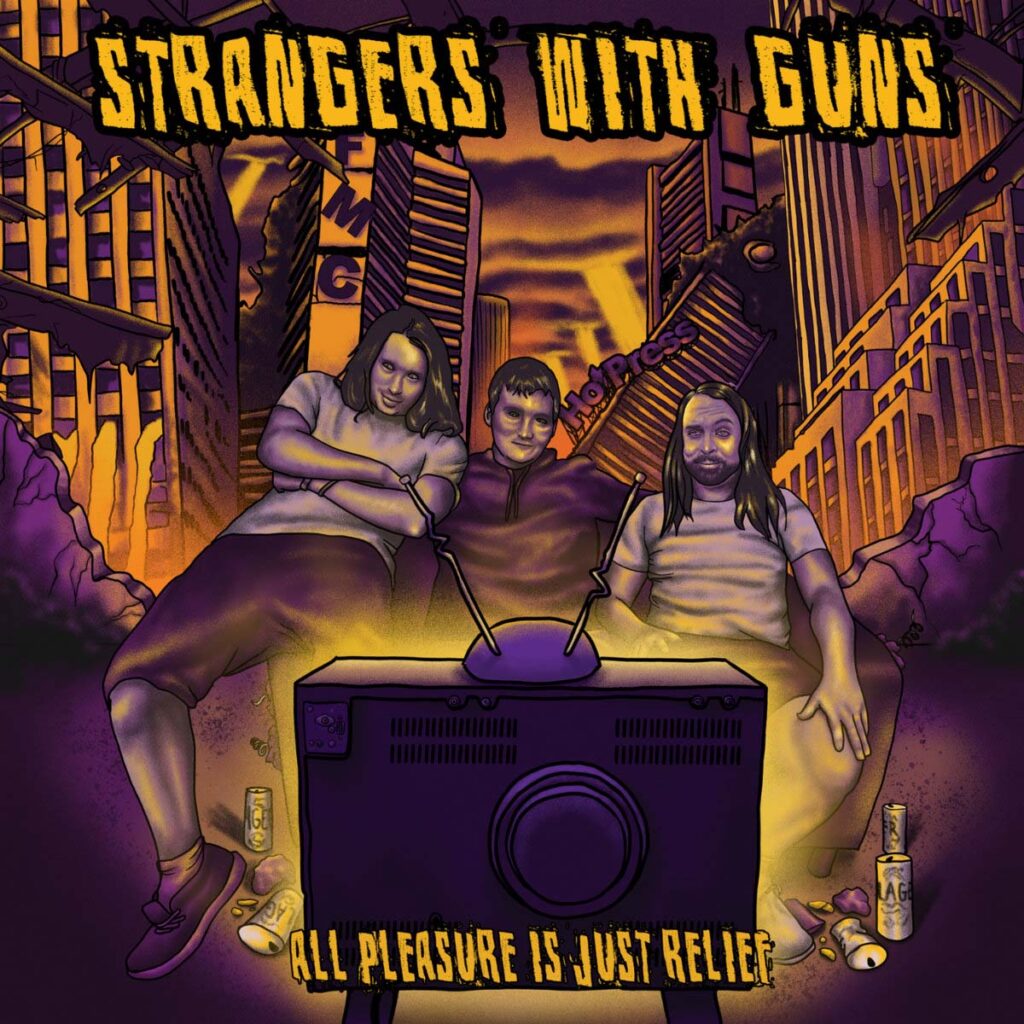 Dublin, Ireland based grunge trio Strangers With Guns presents their latest full-length album, »All Pleasure Is Just Relief«, which was released on July 14th, 2022.

“We are a 3-piece modern grunge band in the TAD/Melvins sort of mould with some Faith No More and Butthole Surfers sprinkled in.

Formed in Jan 2019, we got to business straight away, first gig was 4 days later and we went hammer on since then, gigged all over Ireland, any gig offered and for little to no pay to pay or dues, year culminated in August with the release of our debut album »Degenerate Art« had a launch in Dublins “Grand Social” few songs even got national radio play, recorded with Republic Of Loose legend Mick Pyro got us some mainstream attention. 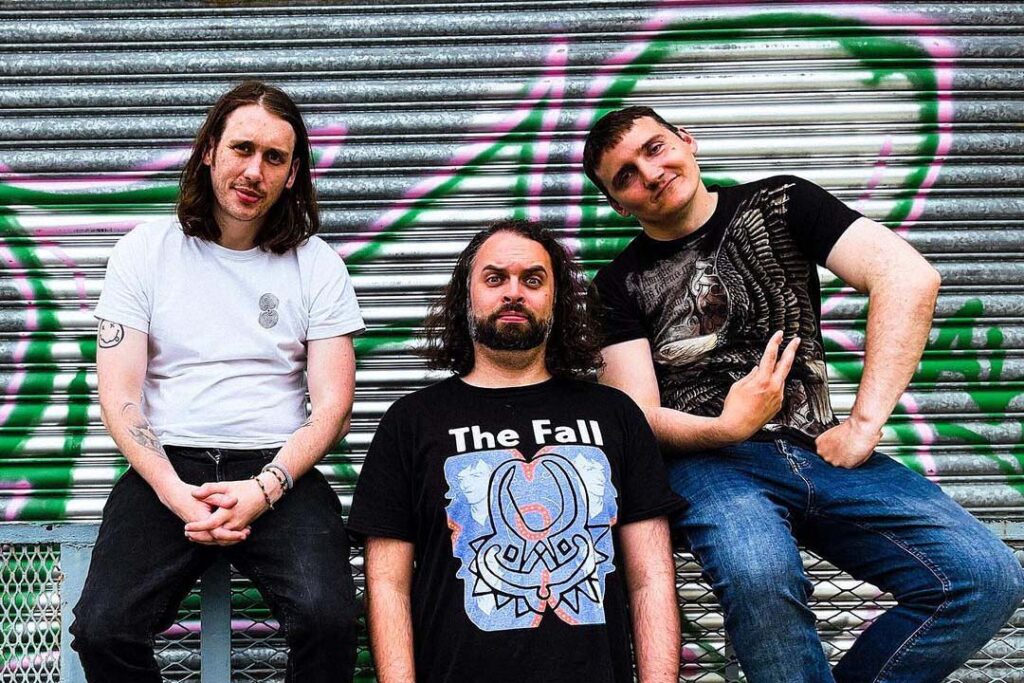 Covid happened but we persisted, we seen a window, released an EP and got a lot more creative with the music videos, songs got more complex and we builded some momentum that carried into 2021 where we released a »Double EP« which has that title cause it is effectively 7 singles and an instrumental, finally hit the jacpot on single number 13 and it landed a Spotify playlist which felt like our first real win, all we want is our music to have a chance, some other highlights of that year include a sold out seated button factory gig thats online and supporting Pigs Pigs Pigs Pigs Pigs Pigs Pigs.

Busy year ahead, fresh off supporting Ugly Kid Joe in Belfast and in Dublin, we had a headline show in Whelans on July 15th and later this month on July 31st playing Indiependence Festival in Cork and have some dates with False Heads in October.

»All Pleasure Is Just Relief« our next album is due out here on August 25th.”