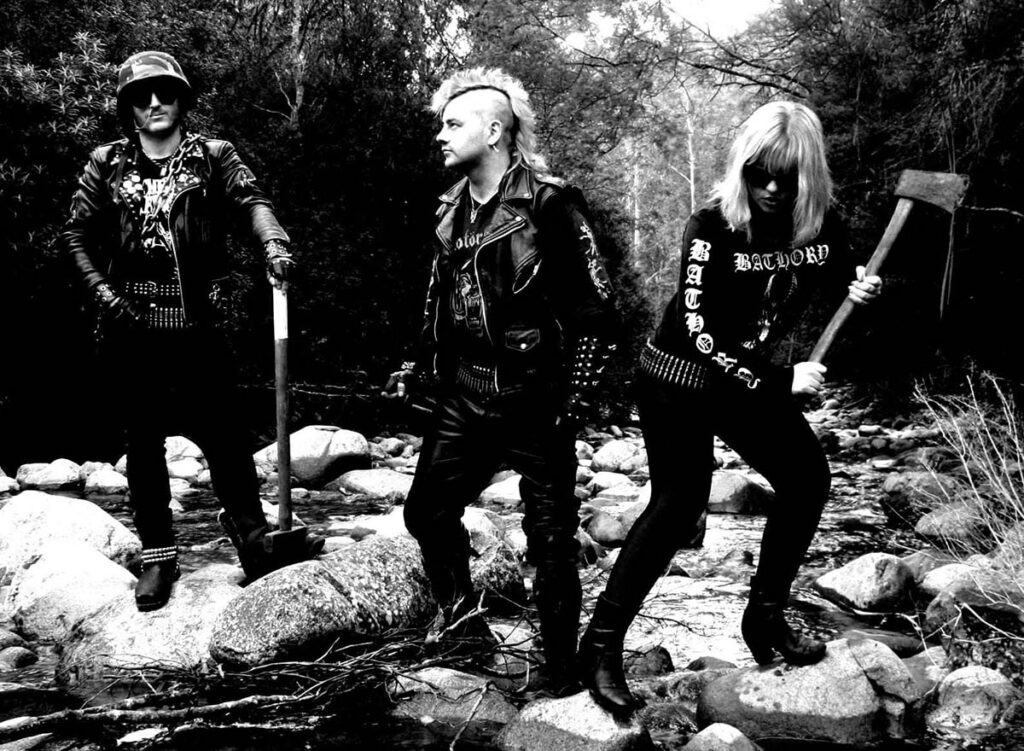 From the remote backwaters of Tasmania, Ironhawk emerged in 2013 at a ramshackle basement gig where a hijack of the stage to butcher a handful of Motörhead covers lit the fuse, which in turn exploded as the unholy trinity of Simon (ex-Bastard Squad, Distroy), Mitch (ex-Vulgar, Bulletproof), and Ange (The Wizar’d, Tarot) cast blackened metalpunk forged in the flames of Bathory, Amebix, Sacrilege, Venom, and English Dogs.

The year 2014 saw the first round of tracks to be released as the mini-album »Boozehounds From Hell«. However, it was in the years that followed that Ironhawk would gain momentum, with rowdy live shows around Australia and beyond, building their following of headbangers and hellraisers. The year 2017 saw the »Cemetery Of Steel« EP give the taste of metalpunk fury, and upon the plague of 2020, Ironhawk turned to the studio to lay down their long-awaited full-length debut, »Ritual Of The Warpath«.

Like a time-warp to 1985, »Ritual Of The Warpath« is a grandiose-yet-grimy statement of ancient metalpunk powers known only to the most devout. To say that Ironhawk are indeed “devout” – and direly so – to their etched-into-steel influences would be an understatement; to say that the power-trio actually DO something with those influences is also an understatement. Thus, we hear the cavernous crunge of early Bathory, the sooty surge of early Sacrilege, the burning spirits of prime English Dogs, and definitely (and uniquely for this style) the epic landscapes of mid ‘80s Amebix across the album’s surprisingly dynamic 37 minutes. It’s that lattermost element, in particular, which puts »Ritual Of The Warpath« into rarefied territory, for instead of merely aping Amebix’s most characteristic moments (or whole riffs themselves), Ironhawk thread those textures into most of the album’s songs, giving Motörcharge a new look – but one still rooted in a road warrior past.

Life is bleak, dark, perhaps beyond redemption. Why not hop on a rusty, bespiked dune-buggy and set out for new adventures on the wasteland with Ironhawk’s »Ritual Of The Warpath«? 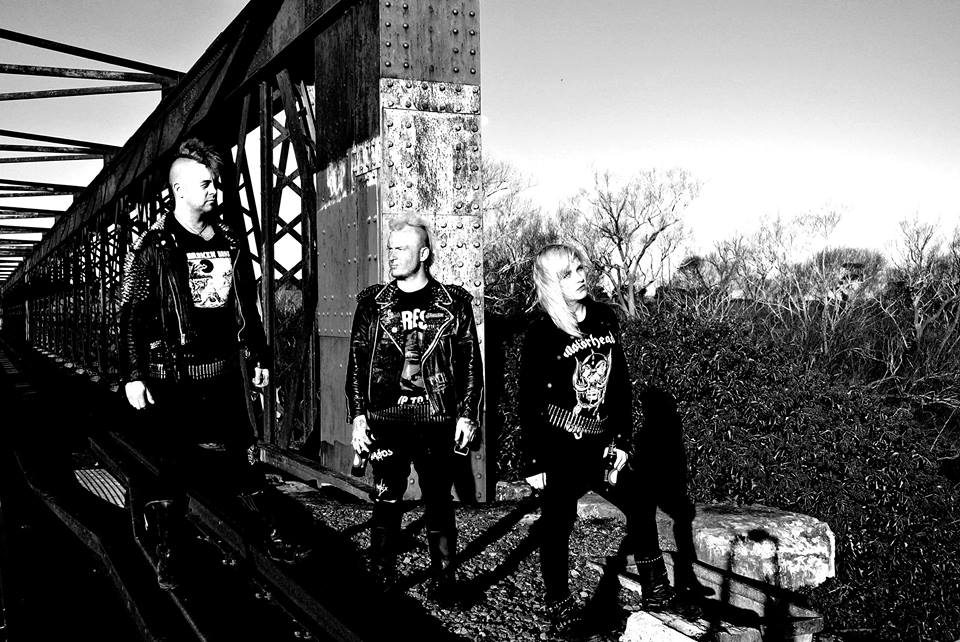