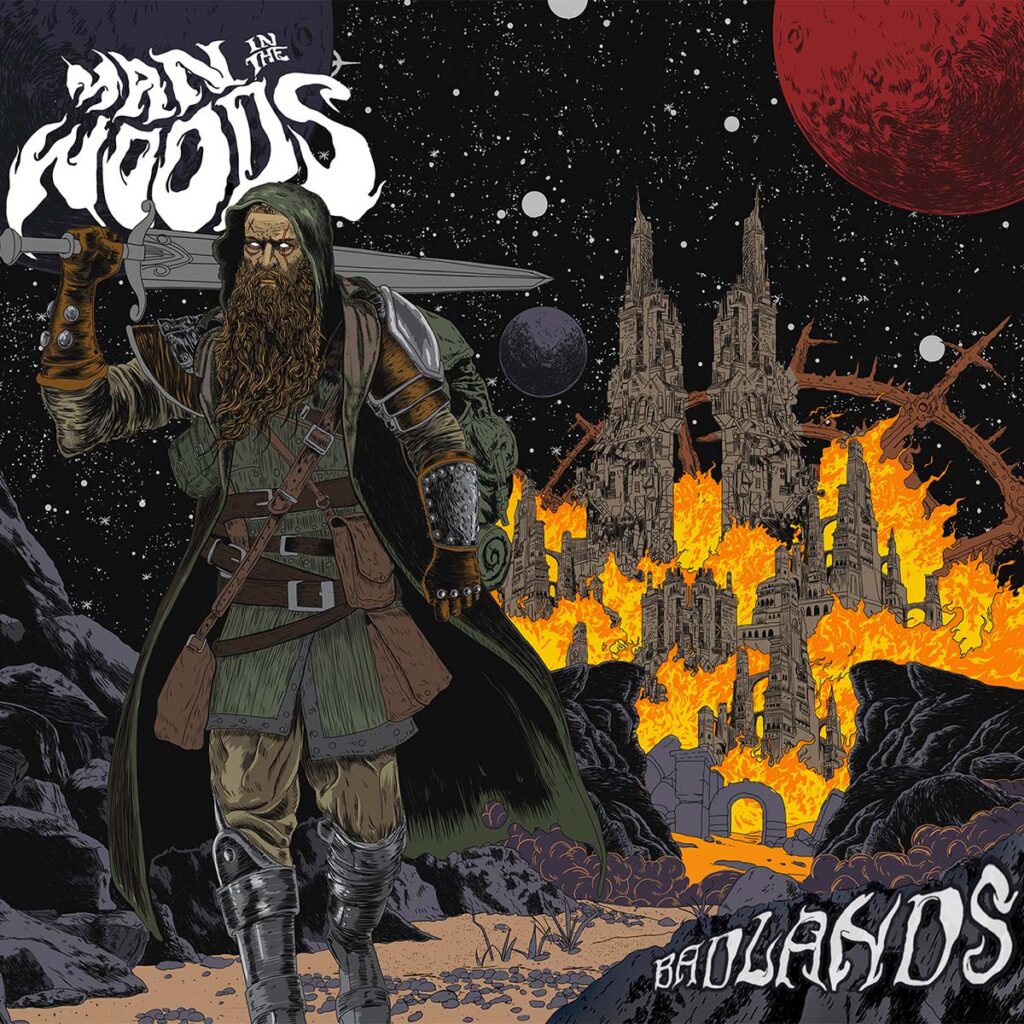 Isle of Man’s stoner/sludge metal outfit Man In The Woods presents their debut album, entitled »Badlands«, which was just released on July 29th, 2022 via Argonauta Records.

Fusing together the 2018-debut »Badlands Part One« with their much anticipated successor, »Badlands Part Two«, Man In The Woods has announced the release of »Badlands« in its entirety! »Badlands« is slated for a July 29, 2022 release with Argonauta Records.

With a colossal, brute soundtrack that often blurs the lines between stoner rock, sludge, doom metal and grunge elements, Man In The Woods takes you on a wild trip to dystopian, dark new worlds.

Following a first single, »Icarus Landing«, released by the end of last year, the band has shared a fierce new track in June 2022! Says bassist & vocalist Marc Vincent: “»The Abduction Of Barney Hill« was one of the first songs we wrote as a band and it highlights the beginning of the apocalypse that is featured in the overall concept of the »Badlands« album. The song is based on an infamous claim of Alien abduction that occurred in the state of New Hampshire during the 1960’s, and provides a prologue to the eventual alien invasion that attempts to eliminate mankind and which is captured within the stories featured throughout »Badlands«.” 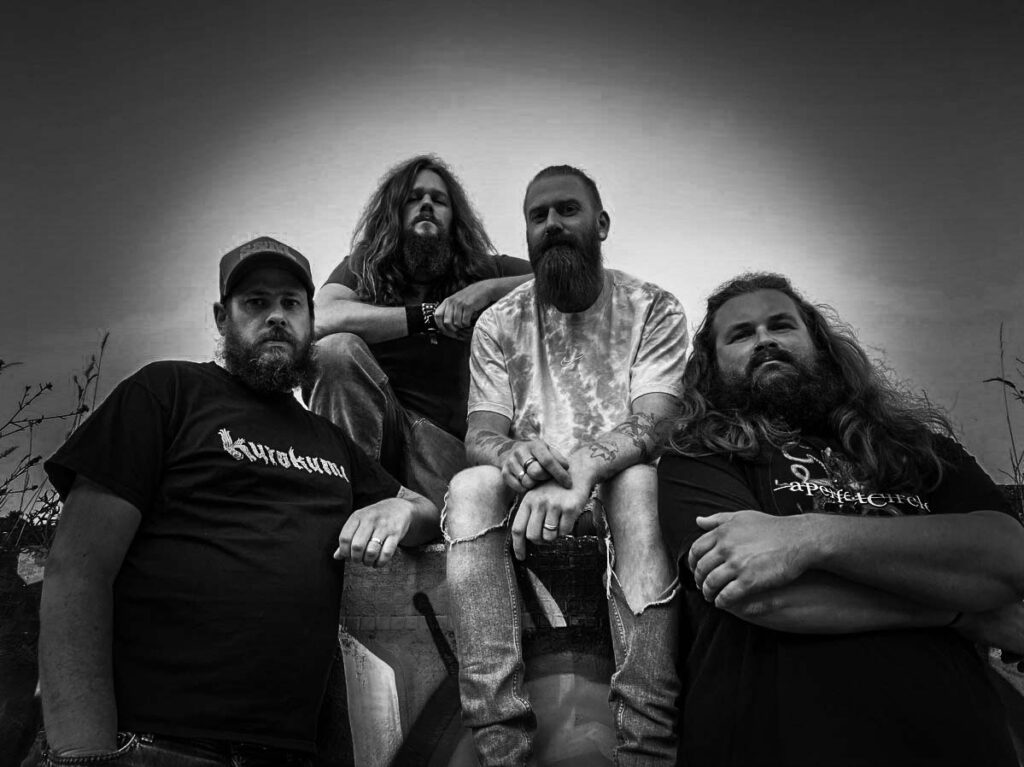 »Badlands« sees Man In The Woods deliver a progressive and colossal journey through a vibrant blend of heavy riffs and a crushing rhythm section while these harsh vocals guide you through the story of »Badlands« into hopelessness and a bleak, post apocalyptic world. The band, who was formed in 2016, manages to craft a unique mix of hard rocking fuzz and grunge, heavy stoner rock yet brutal sludge and doom metal to create such dark, dystopian and apocalyptic vibe. The album will be out on July 29, 2022 via Argonauta Records.

“As a band we are extremely stoked to be getting the album out,” Marc adds. “There are tracks on »Badlands« which show a side to Man In The Woods that has not yet been heard outside of our live shows. We are excited for people to hear the vast expanse of the Universe created within the »Badlands« concept.”

Buy »Badlands« CD at THIS LOCATION.