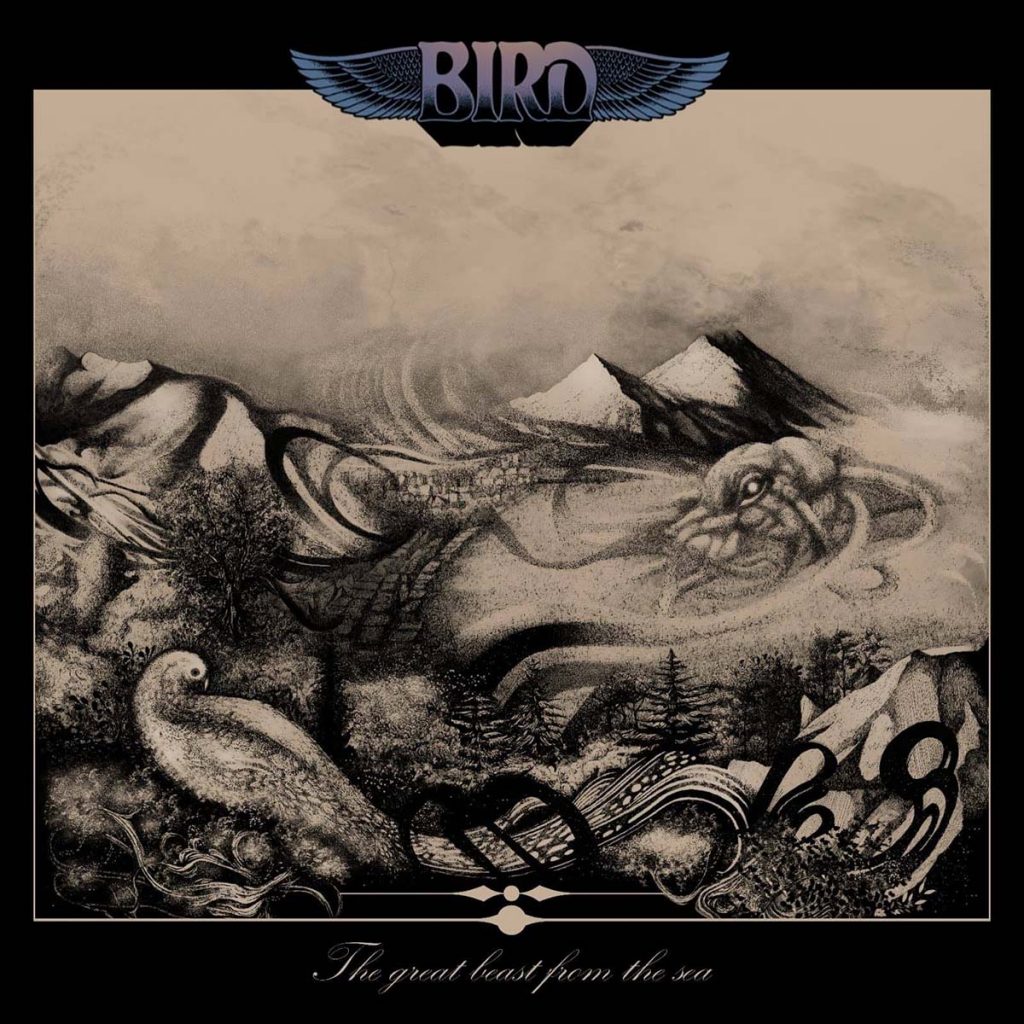 Italian heavy rockers Bird have revealed the artwork for their upcoming debut album, »The Great Beast From The Sea«, which will be released on cassette tape via Olde Magick Records.

Says the band: “We are really stoked to finally unveil the artwork for our first album »The Great Beast From The Sea«, made by the super talented Francesca Vecchio! You may recognize our hometown in the background, with the mighty Vesuvius standing close to an elder Sea God. It will out really soon on cassettes thanks to Olde Magick Record. Keep your eyes open!”

Bird are the reincarnation of Naples heavy rock veterans Whiskeycold Winter, also featuring members of Lee Van Cleef and The Dhaze. The band plays a mixture of old school heavy rock, blues, stoner, heavy psych and Sabbath oriented doom rock and prog elements. In order to melt all those “common influences”, the band is searching for its own identity, in a long walk that starts from the 70s (and even before) and tries to re-elaborate in both traditional and modern terms the sound of all the styles that we mentioned before.