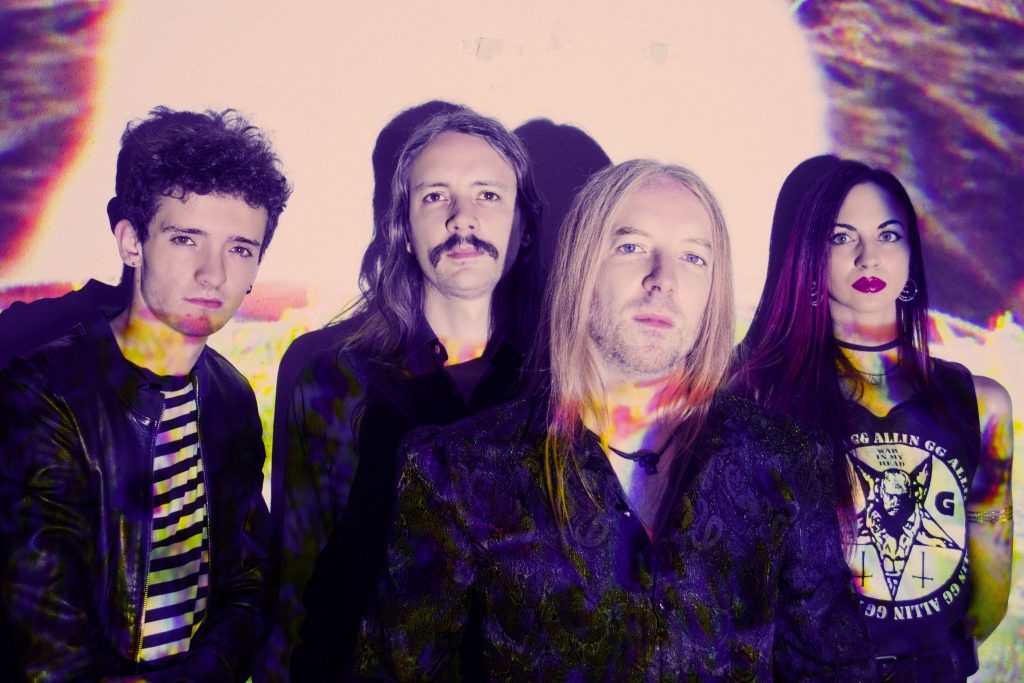 »Canyon Moon« is first track taken from their split album »The Intergalactic Connection – Exploring The Sideral Remote Hyperspace« with The Cosmic Dead, out on October 29th, 2021 via Heavy Psych Sounds.

The mystical day 60s rock met neopsychedelic rock mixing up to the point of losing consciousness of their own essence, in an overwhelming and incessant soundtrack with an unmistakable Italian taste, that’s when Giöbia’s acid rock was born. In a vortex that leaves no way out, the unique melodies of this quartet take the listener into a world where the boundaries of reality are no longer defined and anything can ever happen.

After their debut in 2009 with »Hard Stories«, the band firmly established itself in 2013 with »Introducing Night Sounds«, which suddenly brought them to the most important stages of Europe. In 2016 the milestone »The Magnifier« assigned them a place among the most influential bands of the scene. 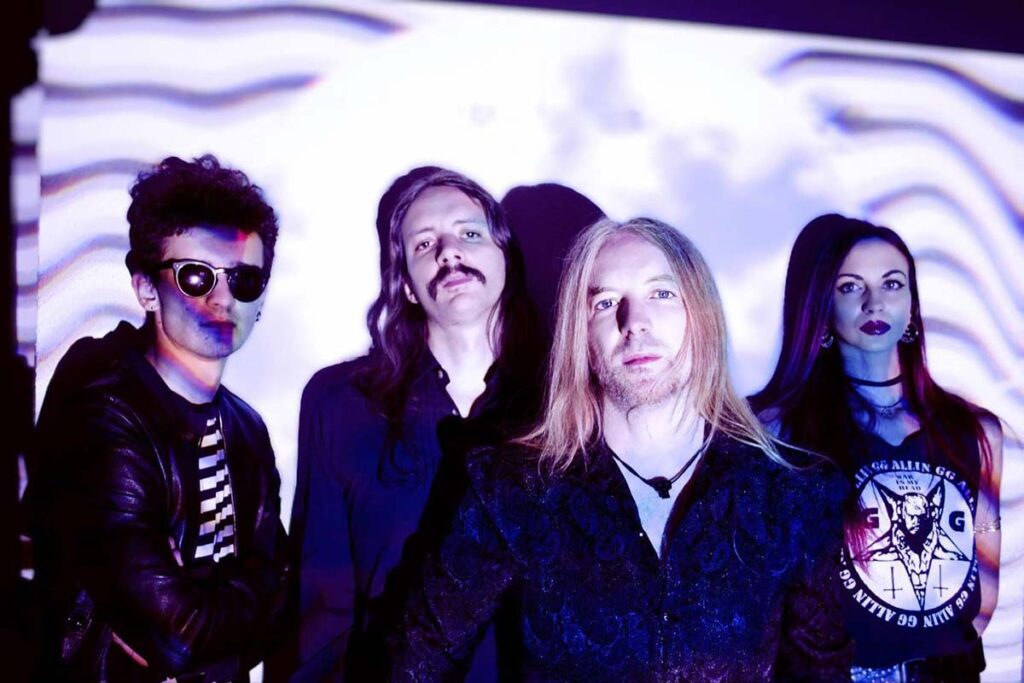 Unable to stop in front of any challenge, Giöbia decided to go on astonishing their audience again finally forging »Plasmatic Idol«, which will see the light in 2020 via Heavy Psych Sounds, with the promise to upset and reconfirm them as the forefather of a genre that fascinates and amazes anyone who dare to leave themselves behind without fear of never returning.