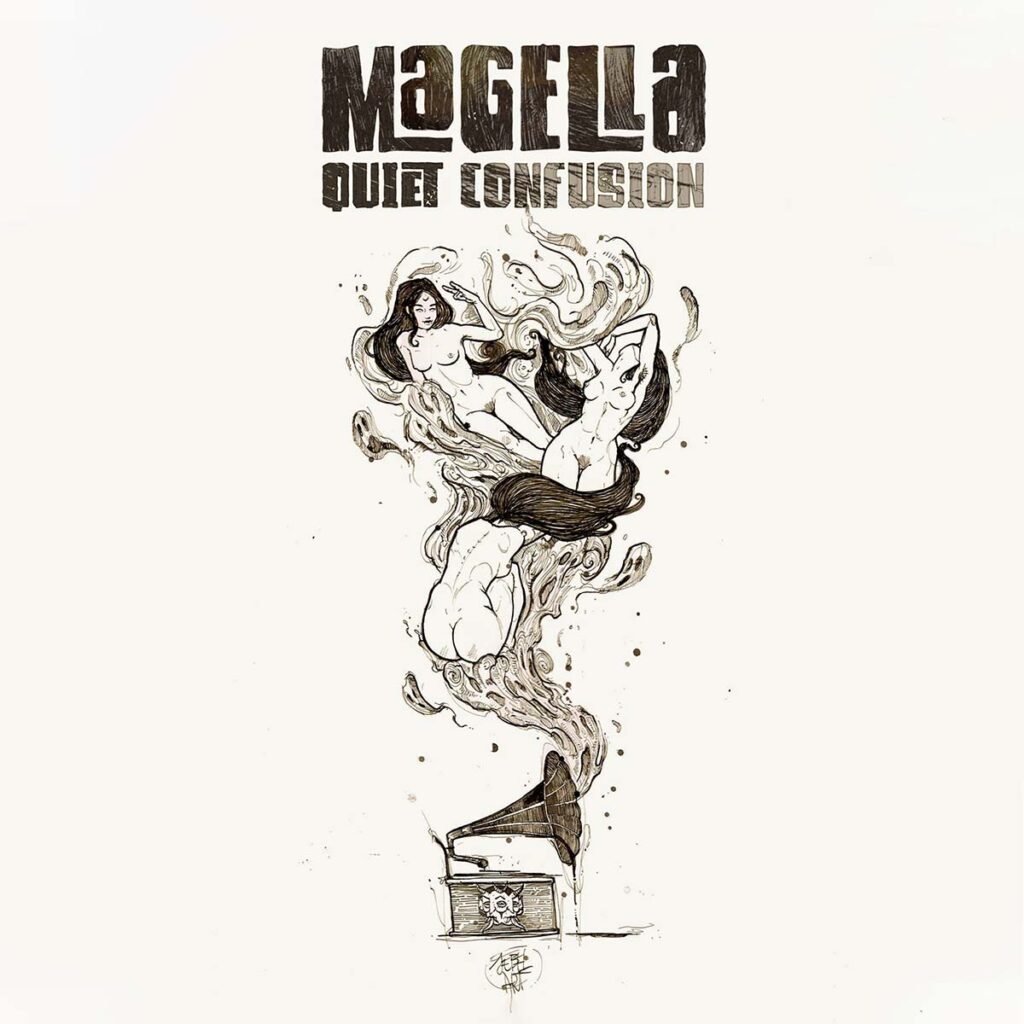 Music and lyrics by Quiet Confusion.
Recorded and mixed by Paolo Camponogara at Mellowsong Studio in November 2021.
Cover illustration by Jessica Beltrame.
Graphics and layout by Gianluca Perusi.

On July 15th Italy’s Quiet Confusion will release their brand new album »Magella« via Go Down Records. Featuring eight tracks, recorded in the “old-fashioned way” to capture the strength and dynamism of live music, with »Magella« the band presents their very own a blend of straight stoner rock with tons of fuzz, 70s echoes and psychedelic trips. An album far from the current usual rules, but essential for the band since it is extremely honest.

In support of the new album, Quiet Confusion have released the track »Droppers«, streaming here!

The band comments: “The song is a fair of nonsense, distortions and unreal situations that surround us everyday. Truth, on the other hand, is given with an eyedropper. It would be nice to be able to wipe out these lies that poison our brains and get back to life by focusing on the most essential things. Everyone has a role to play in this circus and everyone has responsibilities. We cannot think of keeping out of it.” 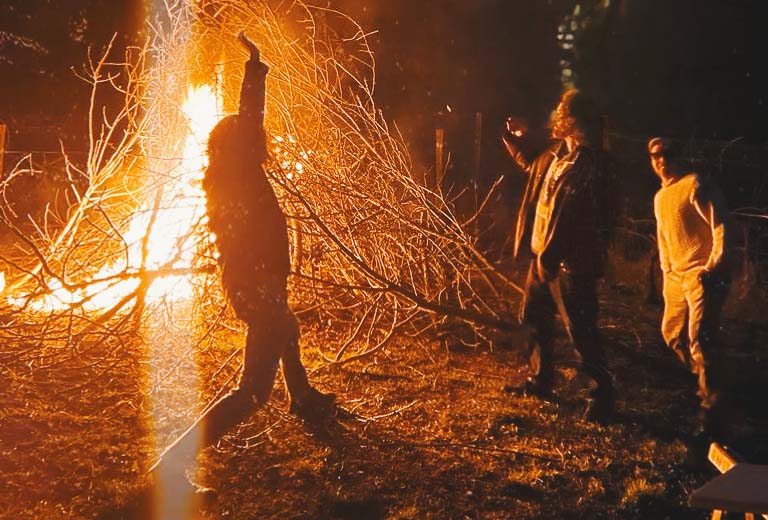 This album is a mix of straight stoner rock with tons of fuzz, 70s echoes and psychedelic trips. It has been recorded in the “old-fashioned way” to capture the strength and dynamism of live music. This production is far from the current business rules, but essential for the band because it is extremely honest. The title »Magella« is a tribute to freedom of expression, because the band had the privilege to explore soundscapes in an instinctive and genuine way. The power trio line-up sees Antonio Cortina on vocals and guitar with two new members Roberto Panarotto on bass and Giovanni Franceschini on drums. These fresh musicians brought a groovy rhythm section and added a psych mood to the arrangements, using their own penchant for jamming.

Quiet Confusion formed as a rock’n’roll/psych/blues band in Verona (Italy) in 2009. The common goal of these musician friends was the urge to get away from the routine and, at the same time, to chanel their creative energy to search for a wild and exciting sound. Just one year later they produced their first EP. In Winter 2011 they recorded the self-produced full-length debut album »Jungle«, released on CD in 2012. They shot a music video for the single »Rock Till I Ride« and started to get known.

In 2013 they signed with Go Down Records for the release of their sophomore album »Commodor«. The live recordings took place at Mellowsong Studio, under the artistic production of Max Ear, drummer of OJM and Ananda Mida, as well as co-founder of the label Go Down. In 2014 the album dropped on CD and it has been welcomed by reviewers and audience alike. In 2017 the band shuffled the line-up.

Antonio Cortina on guitar and Mattia Stefani on drums released the third self-produced record »China Pensionne« as a power duo, distributed on CD and online by Go Down Records. Later Mattia took a break from the project and Giovanni Franceschini replaced him on drums. Roberto Panarotto joined the band on bass, so the revamped trio started working on new songs. In January 2021, the digital single »Wastin’ Time« was launched along with a music video. The track was recorded live and it is a prelude to the release of Quiet Confusion’s fourth studio album, called »Magella«, out in 2022. Quiet Confusion performed as opening act for international artists such as Danko Jones, Leighton Koizumi, Brant Bjork and Lords Of Altamont.