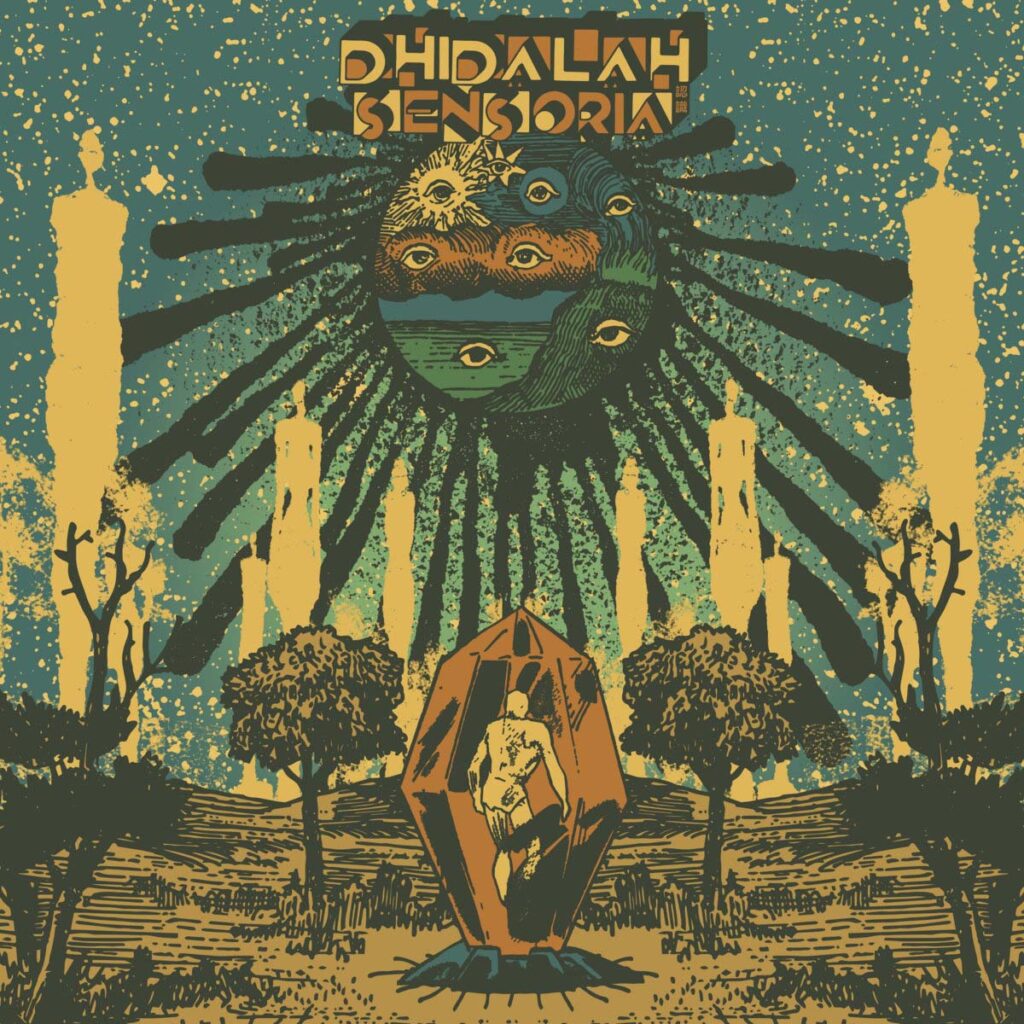 Since 2013, Dhidalah has hailed from the Tokyo underground as a space rock power trio. The band name derives from the Japanese legend of the Giant Gods – known as the creaters of mountains, lakes and islands. Dhidalah plays improvisational music performances inspired by various genres from stoner/doom to krautrock.

“Where is space? Is it in our brain? Or is it outside the planet Earth? Dhidalah poetically answers the question with their newest album »Sensoria«. Two songs (»Soma«, »Black Shrine«) are made from their weekly jam session in Tokyo. The band leader, Gotoh usually records the session and shares it with (Masahito aka Bin and Ikuma) the other two members. After listening to the jam recording, they each get inspired by the flow of sounds and find a connection to the outside world. In the following week and with their own understanding, they try to recreate the (essence of the) jam. Tracks 2 and 3 (»Invader Summer«, »Dead«) are written by Ikuma, who is known to be a natural space head guitar monster with his own interpretation of space. The last 20-minute long »Black Shrine« was inspired by the Japanese folklore Yokai, the spiritual and sometimes shapeshifting creatures living in the dark mountains of Japan. Space is free space, Sensoria is a thoughtful, supernatural example of a Japanese trio space. How is your space like? Deep in the middle of the night, or in bright daylight, in the smallest of rooms, to the vastness of the forest, listening to »Sensoria« will open you up to a new sense/kind of space.” 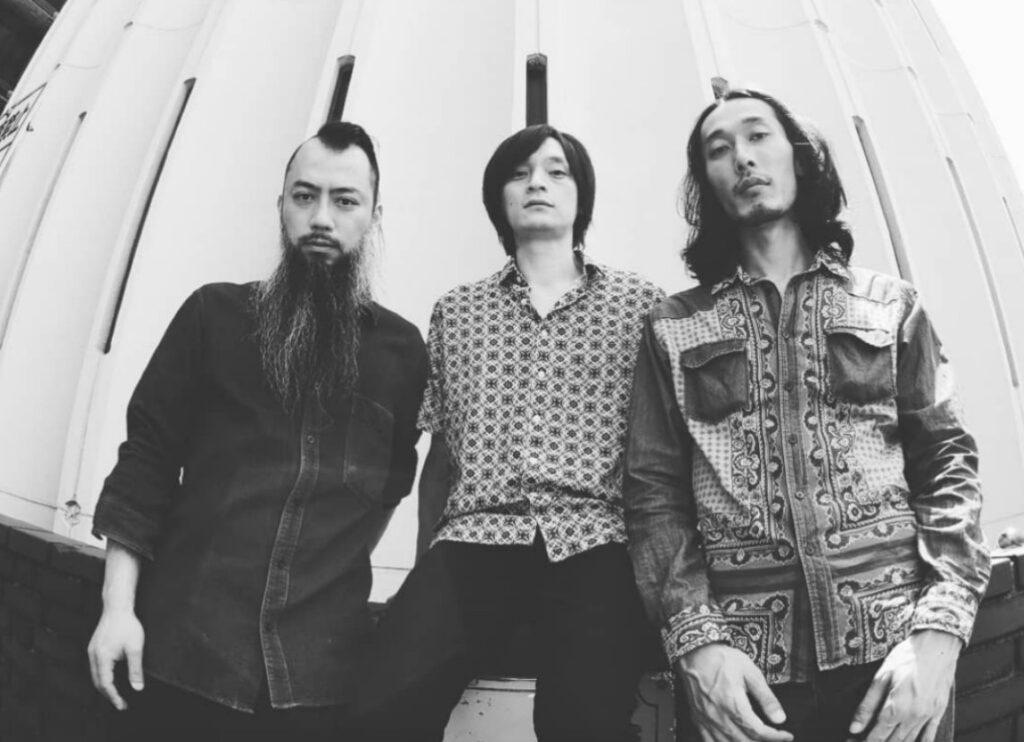 »Soma« and »Black Shrine« written by Dhidalah, »Invader Summer« and »Dead« written by Ikuma.
All lyrics by Kazuhira.
Recorded and mastered by Ryuhi Inari at Void)))Lab.
Mixed by Hideki Urawa.
Artwork by D.Norsen.