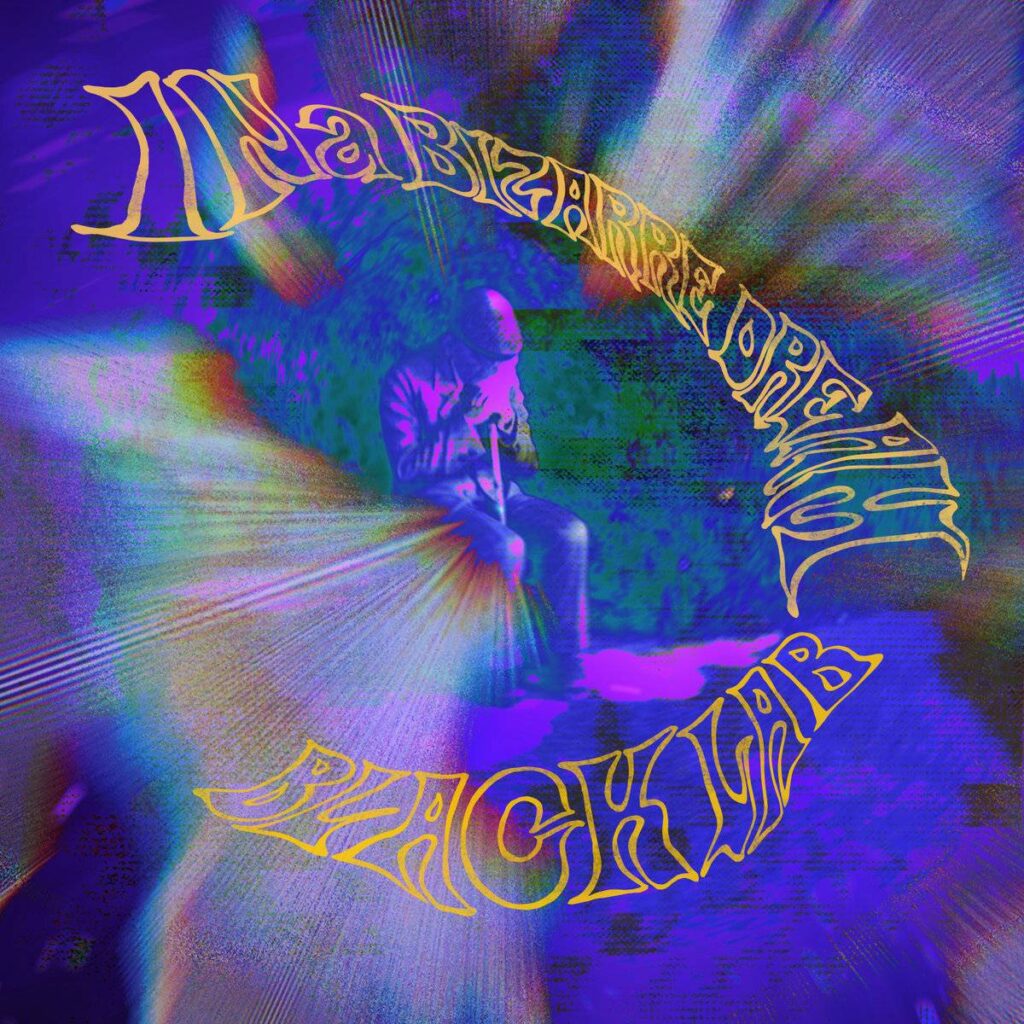 BlackLab, the self-proclaimed “doom witch, duo from Osaka” are set to drop their third album »In A Bizarre Dream« on August 19th, 2022 via London label New Heavy Sounds.

The band’s name was originally chosen because of their love for Black Sabbath and Stereolab so BlackLab are very pleased to also share their new single »Crows, Sparrows And Cats« which features Stereolab vocalist Laetitia Sadier. The song was also played for the first time on BBC 6 Music last night by Marc Riley.

BlackLab are back. The self-proclaimed ‘doom witch, duo from Osaka’ are set to drop their third album »In A Bizarre Dream« this summer.

Their debut »Under the Strawberry Moon 2.0« saw them taking Sabbath inspired doom, mashing it with a Japanese sensibility and a fuzzed-up groove. It certainly caused a stir, but only hinted at their potential.

Album two »Abyss« added to the mix. A Stooges like squalor to the riffs, dollops of lo-fi hardcore punk and loose riffing, pointing the way towards a signature sound.

So what of the ‘difficult’ third album? Not so difficult at all it seems. »In A Bizarre Dream« ups the ante considerably, to let rip and define what BlackLab are about.

The combined talents of Jun Morino on production and Wayne Adams (Big Lad, Green Lung, Pet Brick, John, Cold In Berlin) on the mix have conspired to produce a towering beast of a record. A real step forward for the ‘Doom Witch Duo’. 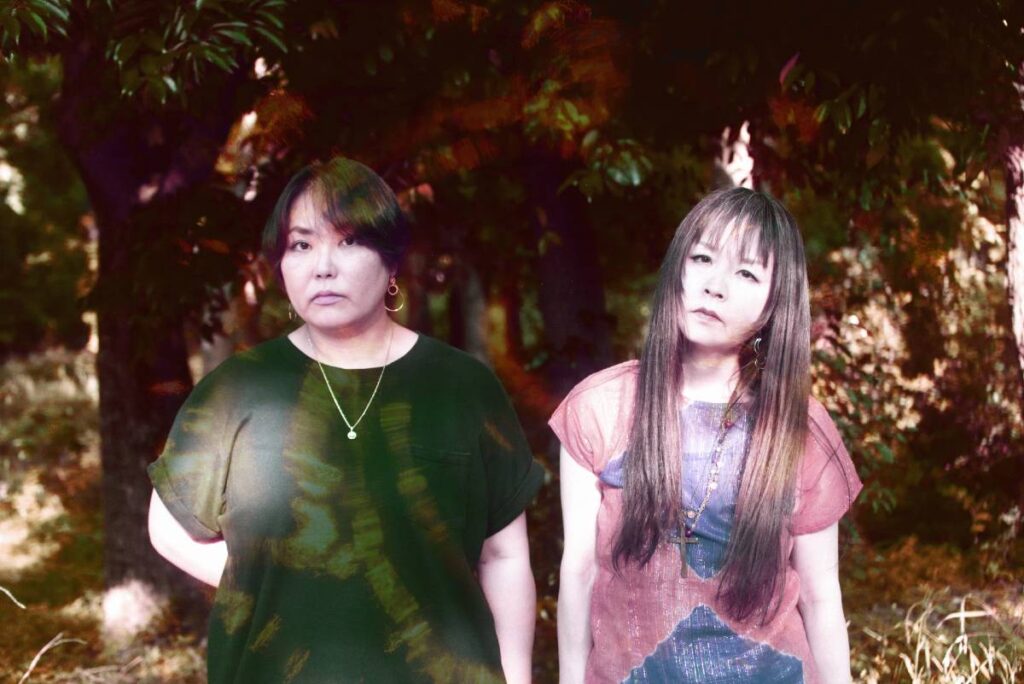 The drums have a humungous ‘Fugazi’ like welly, and the guitars are a boiling maelstrom of fuzz dense riffola and warped psychedelics, with added synth. Yuko’s throat shredding snarls are as mean as a pissed off Satan, and melodious, often within the same song.

This is doom meets hardcore punk, hooky melodies, and killer riffs, all cranked up to the max. Japan has always had a special take on ‘noise’ and ‘heavy’ and with »In A Bizarre Dream« BlackLab add their own spin to that tradition.

Gone is the lo-fi approach, here is BlackLab in full effect.

»Cold Rain« and »Abyss Woods« (debuted at their storming set at London’s Desert Fest and appearing here in its full version) are two nuggets of epic fuzz heavy doom with added screamo and a neat and canny grasp of melody at its core. Very much a BlackLab trademark.

»Evil I« is just that, a riff as evil as it gets, morphing into a chugging punk wig out. Then followed by »Evil II« a breather, almost mellow, melancholy, with layers of dark overdrive threatening to explode beneath a sweet yet menacing vocal.

Then, the mid-point of the album drops a real surprise. Yuko has said before that the band’s name is a combination of her two favourite bands, Black Sabbath and Stereolab. Odd bedfellows to be sure, but if you want to know what that combination might sound like … here it is.

It’s a stoner groove with pop at its heart…Sludge pop even, a surprising gem amongst the maelstrom of sound around it.

The skewed, sludgecore of »Lost« with its push-pull riffs and rolling thunder drumming, signals that it’s back to business as usual.

And after the brief atmospheric instrumental interlude that gives the album its title, comes »Monochrome Rainbow« a huge beast of a track so simple, yet so seductive, from its filtered bass intro to its massive ebb and flow groove and stomping ending. The vocals are all mystery and melody, and the music is kind of a Groundhogs meets Goatsnake ten-ton fuzz-fest, with a singalong, wave your arms in the air chorus. The new Japanese doom-blues, and what could be the album’s defining moment. 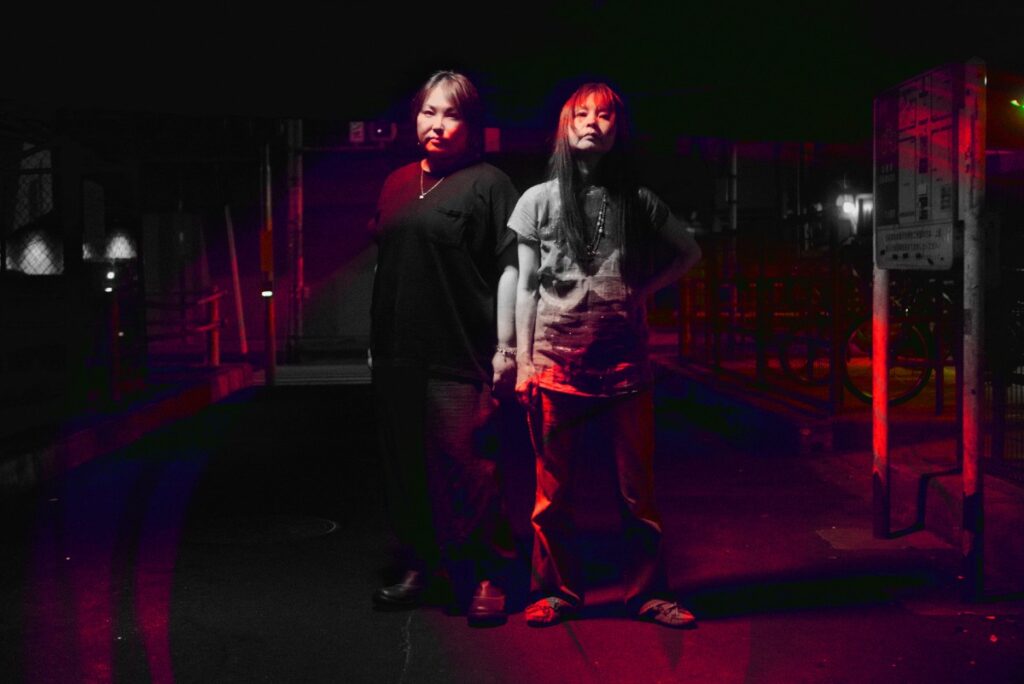 »In A Bizarre Dream« closes with »Collapse« verging on noise rock, complete with throat shredding vocals and a crushing wall of guitars, that switch from a stoner groove to full on punk assault, teetering on mayhem before finally ending with the sound of Yuko switching off her fuzz pedal. Perfect.

With »In A Bizarre Dream« BlackLab have negotiated that ‘difficult’ third album with aplomb and have created a sound that, despite their many influences, is all their own.

The album drops on August 19th. As with all NHS releases, there will be a deluxe vinyl version in a full colour single sleeve and lyric inner, housing a 2-colour blue and yellow cosmic swirl vinyl. Full download included as well. It will also be released on CD and all streaming platforms.