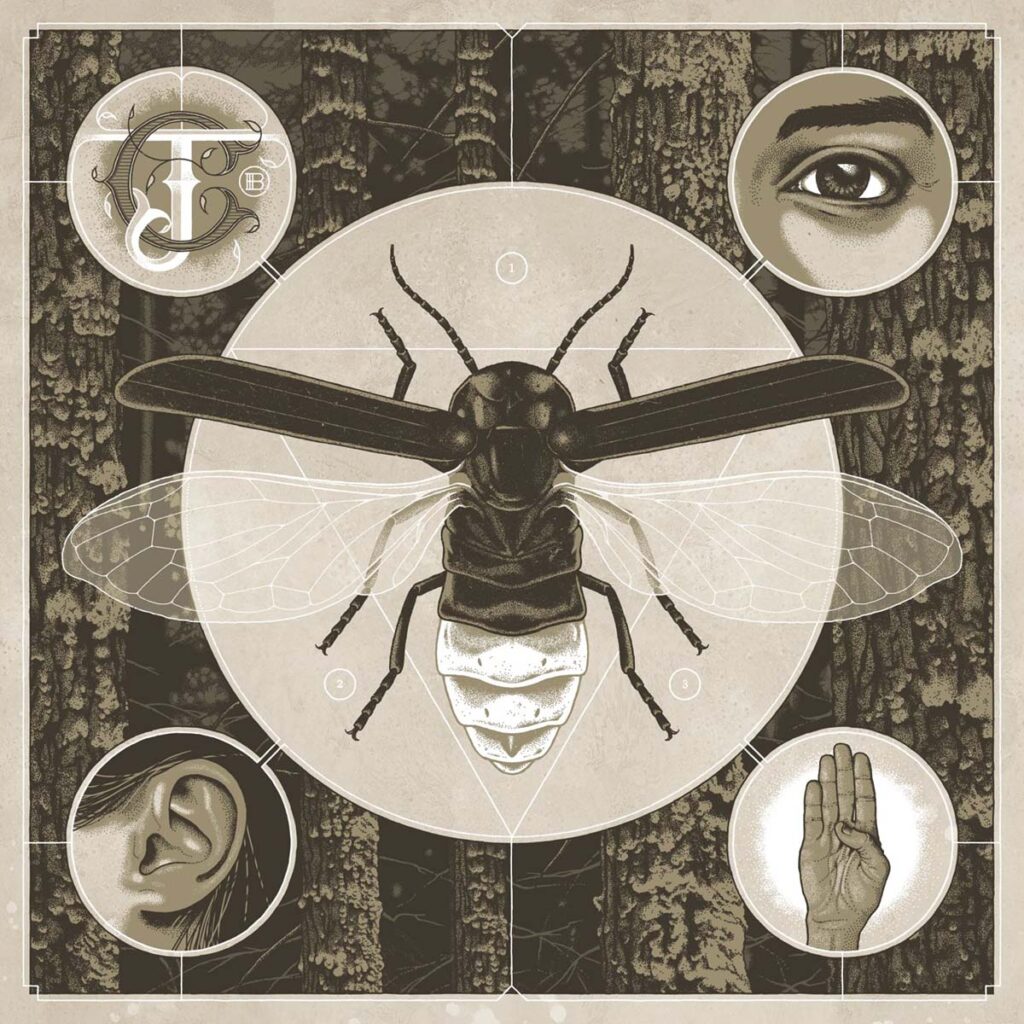 Shortly after his December 2019 LA shows, Jerry Cantrell entered the studio to begin work on »Brighten«. The album was produced by Cantrell, film composer Tyler Bates, and co-produced by engineer Paul Fig, while mixing was handeled by Joe Barresi (Tool, Queens Of The Stone Age). 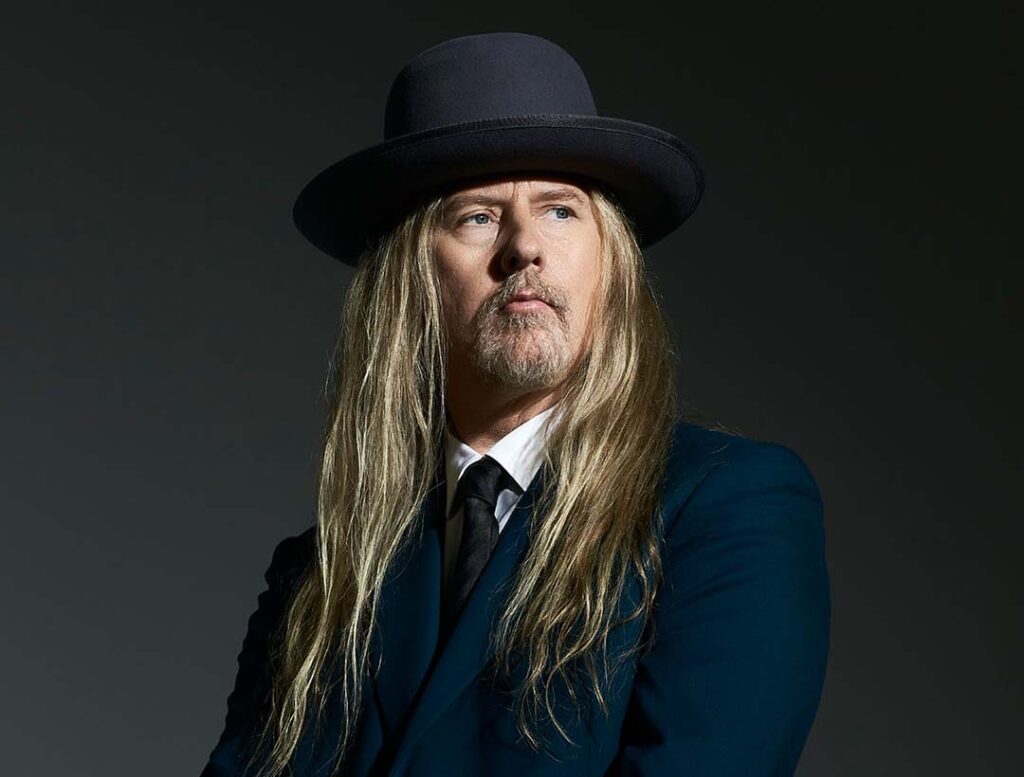 “It was like an old school seventies record where a multitude of musicians played so it’s not a set band. I got to make music with a bunch of people I never had before, along with friends like Duff, Tyler & Gil who I’ve worked with previously. I’ve always been a fan of bands that were heavy on harmony; I’ve been lucky enough to have that relationship with Layne Staley and now William DuVall. Greg and I worked together in a similar fashion and blended nicely. We were creating and changing this thing all the way up until the end. It took way longer than I wanted it to, but it became an even better record. This album offers cleaner glimpses of what I grew up on, listened to, and am still inspired by today. I was raised by two country fans, so I think you can hear that energy in there as well. This album has prominent roles for keys, strings, and pedal steel, which I haven’t incorporated in such a heavy fashion before.” ~ Jerry Cantrell

06. Jerry Cantrell – Had To Know (Visualizer)

07. Jerry Cantrell – Nobody Breaks You (Visualizer)

Jerry Cantrell is best known as the chief songwriter, lead guitarist, and vocalist for legendary Seattle rockers Alice In Chains, who distinguished themselves in the ’90s grunge scene with their dark, heavy metal-forward sound. After the death of co-vocalist Layne Staley in 2002, Cantrell became the frontman, steering the group into the next decade and beyond. In addition to his work with AIC, Cantrell has navigated a successful solo career (»Boggy Depot« in 1998, »Degradation Trip« Volumes 1 & 2 in 2002, and Brighten in 2021) and has contributed material to multiple film soundtracks.

A native of Tacoma, Washington, Jerry Cantrell first came to prominence as a member of Alice In Chains, one of the prototypical Seattle grunge bands. With their 1990 debut »Facelift«, the quartet scored a surprise hit with the ultra-heavy »Man In The Box«. Racking up hit albums like 1992’s »Dirt« and 1995’s self-titled release, the band rose to the fore of the grunge and alternative metal scene. The group issued two successful all-acoustic EPs and one unplugged album, which focused primarily on the songwriting and arranging talents of Cantrell, whom fans found out had a very strong voice to boot. With the future of the band up in the air, Cantrell appeared as a solo artist on the soundtrack for the movie The Cable Guy, contributing the track »Leave Me Alone«. 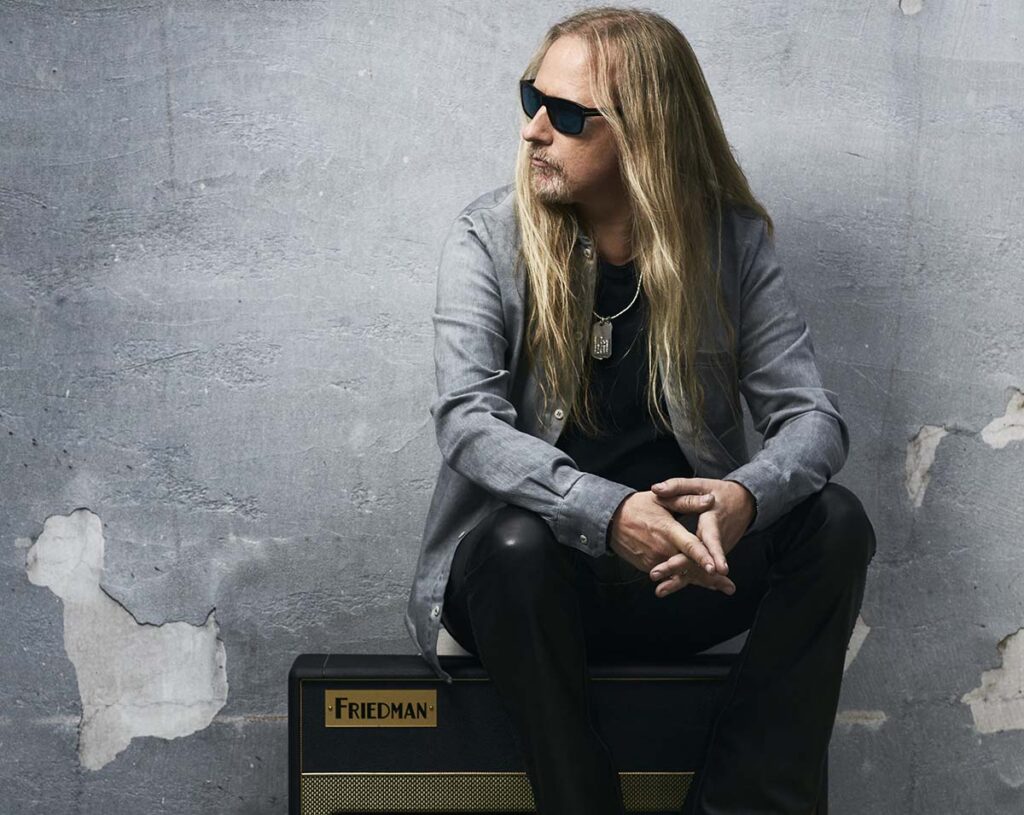 After AIC opened for the first Kiss reunion show in Detroit in 1996, Cantrell began work on his very first solo album. He enlisted Alice drummer Sean Kinney and a revolving series of bassists – including Alice’s Mike Inez, Les Claypool, Fishbone’s Norwood Fisher and Pantera’s Rex – and set out to record »Boggy Depot« with producer Toby Wright, who had previously worked with Alice In Chains and the Nixons. The record was finished by the end of the year and was released in the spring of 1998 to generally positive reviews. He supported the album as Van Halen’s opening act on their summer 1998 tour.

A long silence followed after his touring as he helped on a few Alice In Chains releases, including a box set and a greatest hits. He stepped back into the studio to record his second album, this time for Roadrunner Records, in the fall of 2001. He worked with Ozzy Osbourne’s touring band on the album, which saw him trying to avoid guest appearances despite the high profile friends he could have counted on. Right before the album was ready to drop in 2002, tragedy struck as Layne Staley’s body was found dead in his apartment. The remaining members of Alice In Chains went to a vigil in a Seattle park and released a mournful statement, but the incident did not stop Cantrell from pushing forward and releasing the ambitious double LP »Degradation Trip«, which he dedicated to Staley.

Alice In Chains reformed in 2006 as a touring entity and recorded a comeback album, »Black Gives Way To Blue«, in 2009 with Cantrell assuming lead vocal duties. The LP earned a pair of Grammy nominations and reestablished the band as a force to be reckoned with. Two more well-received AIC outings (»The Devil Put Dinosaurs Here« and »Rainier Fog«) appeared in 2013 and 2018, respectively. Three years later, Cantrell unveiled his first solo album in 19 years, »Brighten«, which he produced alongside Tyler Bates. ~ Greg Prato & James Christopher Monger