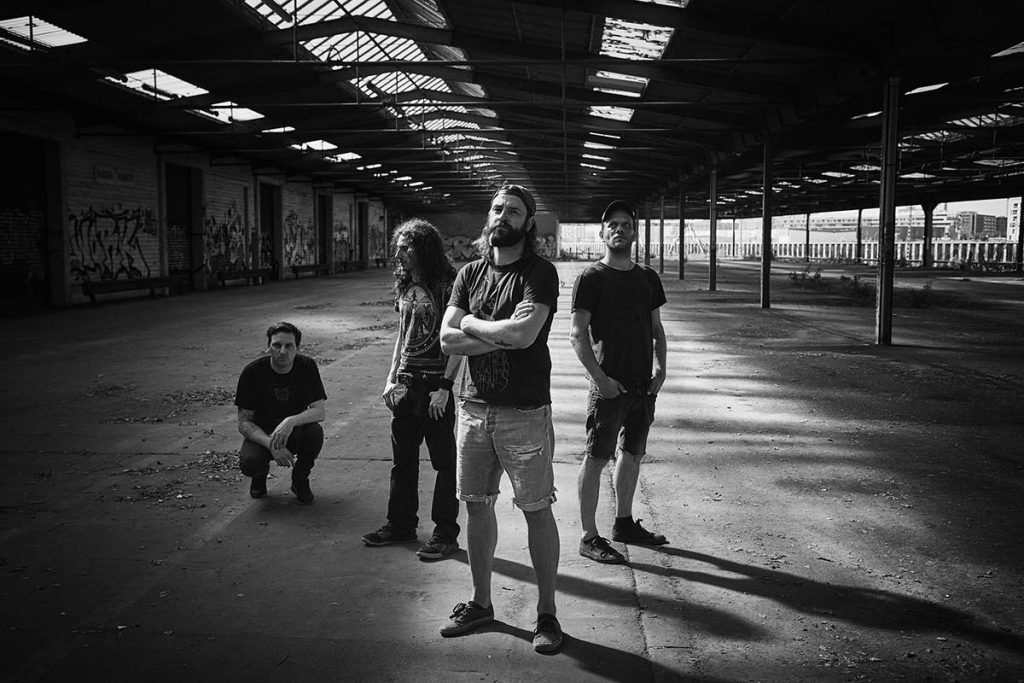 Vocalist Alex comments: “Supposed to be the best time. Turns out to be the day I die. This line sums up this song pretty good. It was a Sunday back in 2018 when I had a massive anxiety attack while I was performing on stage. I will never forget this moment and the night that follows this event. It changed me forever.”

German four piece founded in the beginning of 2016. Natural and visceral darkness meets dangerous landscapes of human and musical abysses. A collage of the heavy and the dark places of sonic language. Anyone who’s into amphetamine loaded unpredictable destructive rage, join us.

»Rituals III« will be out on March 26, 2021 via Narshardaa Records and Blood Blast Distribution. This EP is the spawn of their rage, anxiety, gloom, self doubt, pure energy, and grit. A suffering that has a hold on the world around us, that we are constantly fighting to overcome. This is the third, and final installment of the »Rituals« series that was started back in 2016. The record will be released on 12″ vinyl and in addition, the whole »Rituals« cycle, containing all three EPs will be available as a discography CD.