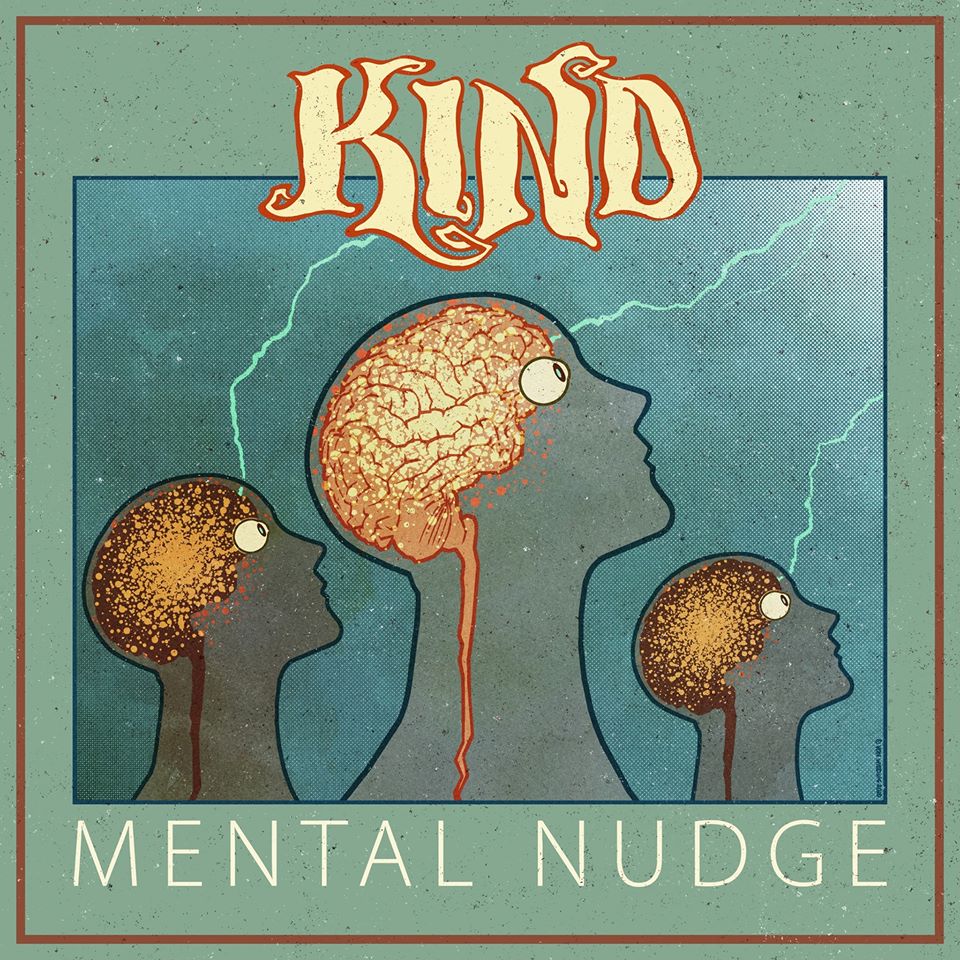 “»Faster Number Two« is built on a proto-Stooges riff and is one of the more upbeat songs on »Mental Nudge«. The title has nothing to do with the lyrics, it’s the follow-up to »Faster Number One« from our debut album, »Rocket Science«,” guitarist Darryl Shepard comments.

Vocalist Craig Riggs says: “»Faster Number Two« is a song about the greatest party in the world. After an earthquake, a man walks up to a crack in the ground and looks in to see another world, and he wants in. When he gets there it slowly dawns on him that he is in Hell. But maybe that’s ok because it’s not as bad as he has been told. I guess this is the life for me. Got everything here I need.”

Featuring members Matt Couto (ex-Elder), Tom Corino (ex-Rozamov), Craig Riggs (Roadsaw) and Darryl Shepard (ex-Black Pyramid), Kind formed in 2013 and released their debut album »Rocket Science« on Ripple Music in the waning days of 2015. That album garnered favorable reviews across the board, including from Metal Hammer who stated that it built up “an atmosphere that’ll sound awesome played live”. That was proven by a West Coast tour Kind undertook with Ripple labelmates Salem’s Bend and a live appearance at Desertfest London in 2018, as well as many shows throughout the Northeastern US.

After entering the studio a couple of times in the intervening years to demo new material, Kind booked time at the venerable Mad Oak Studios in January 2020 with Alec Rodriguez (Lesser Glow, Forn, Chelsea Wolfe live sound) behind the boards once again to track »Mental Nudge«. Staying true to their sound but expanding their sonic palette at the same time, Kind has crafted seven songs that cover the aural spectrum, from the indie-rock influenced »Helms« to the full-on doom of »Trigger Happy« to the rock bombast of »Broken Tweaker«. Rodriguez once again deftly managed to capture the interplay between the instruments and the powerful vocals of Riggs, resulting in a clear yet heavy recording of the new material. 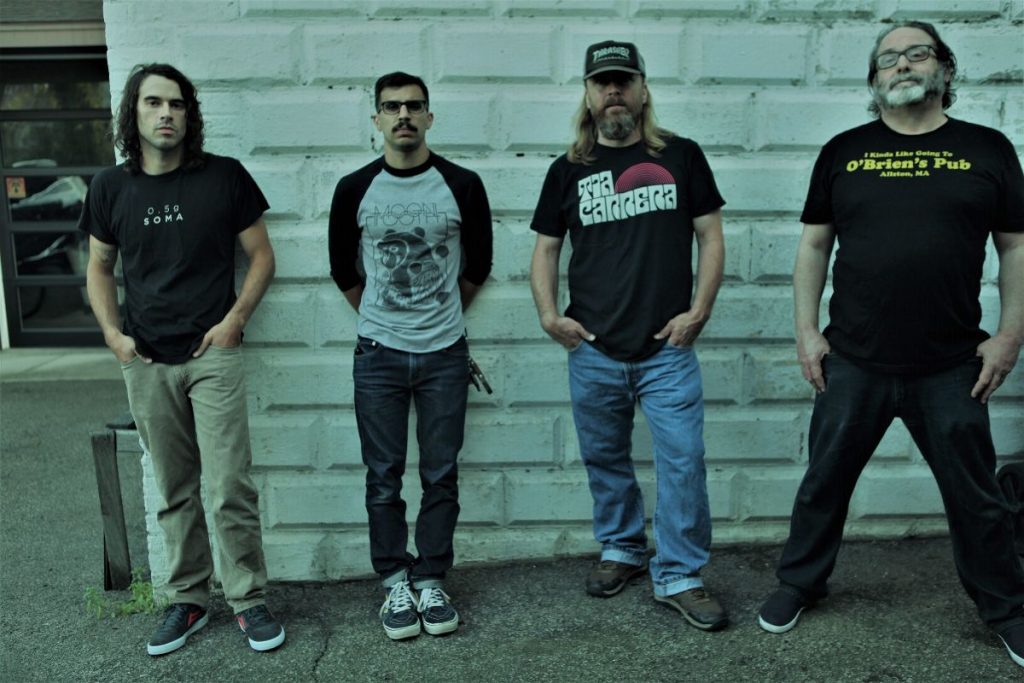 Once the recording was complete, it was time for renowned artist Alexander von Wieding to work his magic and create the cover art. Alexander has worked with many heavy rock artists, including most notably Monster Magnet, Karma To Burn and Brant Bjork. He once again delivered some eye-catching art for »Mental Nudge«, tying up the themes of the songs in a striking visual representation. The record was expertly mastered by Carl Saff at Saff Mastering, providing a powerful final master. »Mental Nudge« will be released on September 11th on Ripple Music once again in the U.S., and Kozmik Artifactz in Europe.