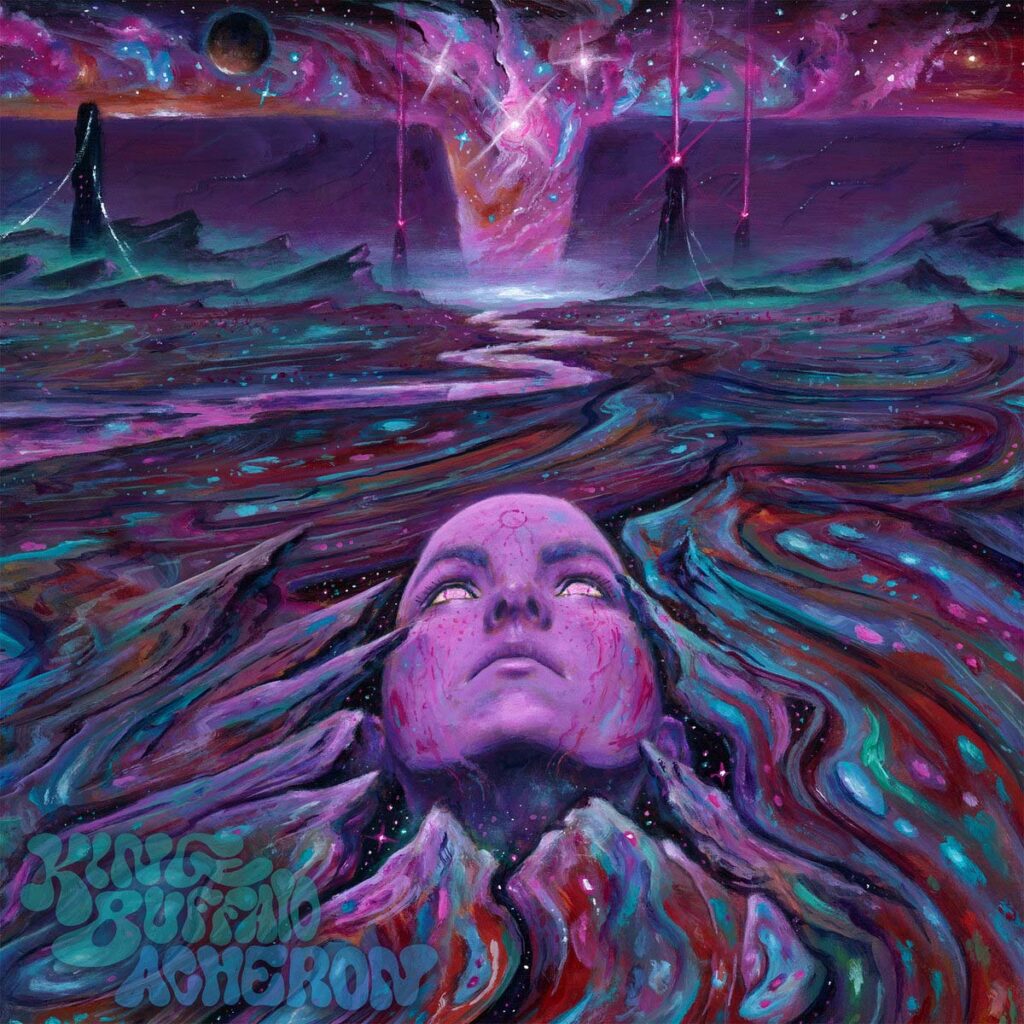 American psychedelic rock trio King Buffalo share a music video for the first single »Shadows« taken from the new album and film, »Acheron«, which will be released on December 3rd, 2021.

Directed and edited by Adam Antalek.
Recorded and filmed live at Howe Caverns on April 26th, 2021.

King Buffalo is the trio of vocalist/guitarist Sean McVay, bassist Dan Reynolds, and drummer Scott Donaldson. Since forming in 2013, the self-proclaimed “heavy psych” band has made its name via 4 EPs, 3 full-lengths, and tours with the likes of Clutch, The Sword, All Them Witches, and Elder.

Rochester, NY – King Buffalo’s fourth full-length record, »Acheron«, will be released on December 3, 2021. The widely-hailed heavy psych outfit will have vinyl and CD pre-orders available on October 22, via kingbuffalo.bigcartel.com.

What will inevitably be known as ‘the cave record,’ »Acheron« is the second King Buffalo LP of 2021. It follows Spring’s »The Burden Of Restlessness« and finds the Rochester, New York, trio of guitarist/vocalist Sean McVay, bassist Dan Reynolds and drummer Scott Donaldson expanding their sound once again.

Both records – and an intended third in the series to follow in 2022 – were born of the pandemic-era touring shutdown, and »The Burden Of Restlessness« showed that in a grim theme and last-minute daring to hope for something better. »Acheron« – named for the “river of woe” in Greek mythology – brings the tension and disquiet of the prior offering into a new context.

To put the four extended songs of »Acheron« to tape, the band traveled three hours east from Rochester to Howe Caverns in NY, recording with trusted engineer Grant Husselman and videographer Adam Antalek – who worked on their »Quarantine Sessions« early in 2020 – to document a day-long live session in a cave. In the cave. “Underground” in the most literal sense. 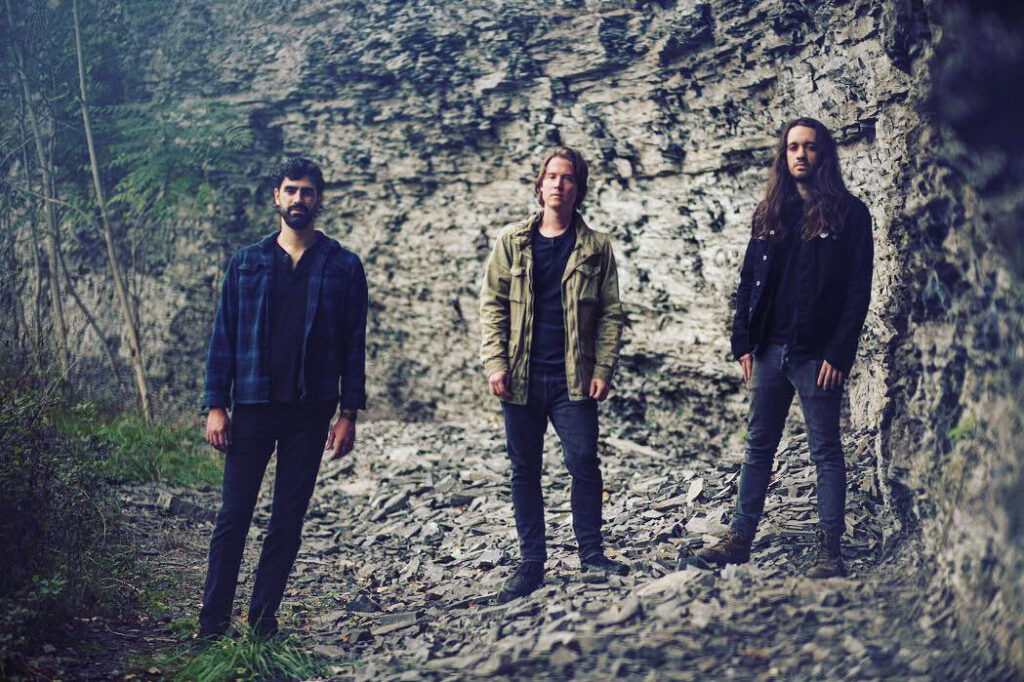 It is fitting that »Acheron« was recorded near water. A stream flowing is audible at various points throughout the album, including at the very start of the opening title-track.

In sound, »Acheron« is likewise spacious and fluid. Where »The Burden Of Restlessness« was sharper angles, »Acheron« doesn’t round off those edges as much as add complexity to the shape of the whole. In some ways, the wash of tone in »Zephyr« will be familiar to those who took on 2018’s »Longing To Be The Mountain« or the band’s 2016 debut, »Orion« – let alone any of the four EPs they’ve done alone the way – but in »Shadows« and »Cerberus«, the band’s intent becomes clear.

They’re not just isolating songs from a single writing period to frame different sides of their style. They’re telling a story as much about their sonic growth as about that time they loaded all their gear into a cave (no easy feat) and hit record. »Acheron« pushes forward from The Burden of Restlessness; still just months old received by fans as an immediate album-of-the-year contender. It takes the communion with and contemplation of the organic that’s been so much a part of who King Buffalo were before and uses it to inform who they’ve become, are still becoming.

“The undertaking of recording and filming in a cave was way more intense than we anticipated. With each of the planned 2021 records, we knew they had to be different. By removing ourselves from the comfort of our studio and tracking and filming LIVE hundreds of feet underground, we’ve done something unique in many ways. We can’t wait for everyone to be able to see and hear it.” — Scott Donaldson

Because the story isn’t over yet, of course, and whatever King Buffalo bring to the third chapter in this purported trilogy will have its own plot thickening to do. »Acheron«, with its graceful composition, patient delivery and ownership of its more intense aspects, sees King Buffalo become all the more engaging and less predictable en route to whatever it is that comes next.