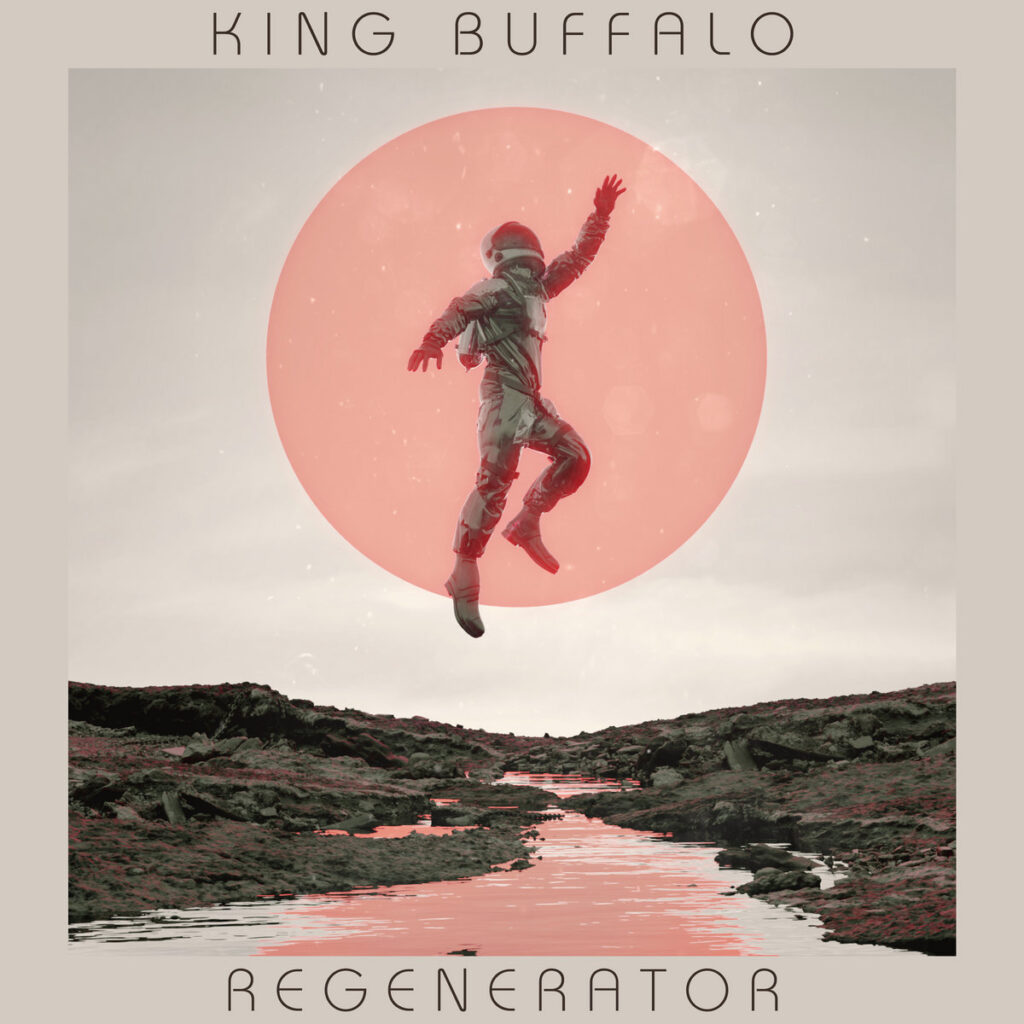 Today, Rochester, New York-based trio King Buffalo is celebrating their fifth full-length, »Regenerator«, issued by the band directly in North America at kingbuffalo.bigcartel.com, and in Europe via Stickman Records.

The seven-song outing is the third in King Buffalo’s stated ‘pandemic trilogy’, following Two of 2021’s Best Albums in »The Burden Of Restlessness« and »Acheron«.

Both of those albums – like 2018’s »Longing To Be The Mountain«, 2016’s debut, »Orion«, and the various EPs and other offerings they’ve made over the last eight years – made bold declarations about who King Buffalo are as a band, and »Regenerator« is no different. As McVay, bassist/synthesist Dan Reynolds and drummer Scott Donaldson continue to explore the outer reaches of modern psychedelic songcraft, melding progressive rhythms, drifting atmospheres and accompanying surges of electricity, the new collection only further establishes them as one of the brightest lights shining in underground rock today. 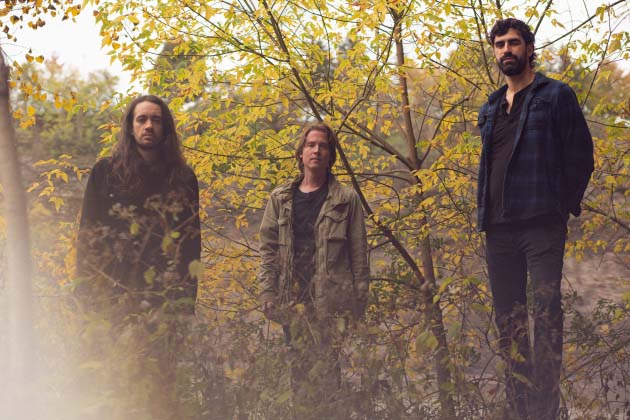 As the third of three, »Regenerator« seems inherently to tie together the two LPs most immediately before it, and as King Buffalo unfold the leadoff title-track across nine and half minutes, it becomes clear just how truly they have marked out their own sonic presence. The later melodic highlight »Mammoth« – with McVay’s most confident vocal yet – shimmers with hope that somehow doesn’t come across as desperate, and as »Hours« engages classic space rock and the closing »Firmament« summarizes the first, second and third series installments, the final chapter of this trilogy becomes the essential cornerstone of King Buffalo’s work to-date.

»Regenerator« was written by King Buffalo in Rochester, NY at the Main Street Armory in 2021. Produced, engineered and mixed by Sean McVay, and mastered by Bernie Matthews. The artwork was created by Mike Del Rosario, with the album layout by Scott Donaldson.

The band returned to live activity late last year, touring alongside Clutch and more recently a full North American spring tour with Uncle Acid and the Deadbeats. By the time Regenerator arrives, they will have completed a UK and European headlining tour with festival appearances in Germany, the Netherlands, Austria, Switzerland, Portugal, Belgium and Denmark, while they are currently gearing up again for an extensive US tour kicking off next week!

Tickets for all dates at kingbuffalo.com