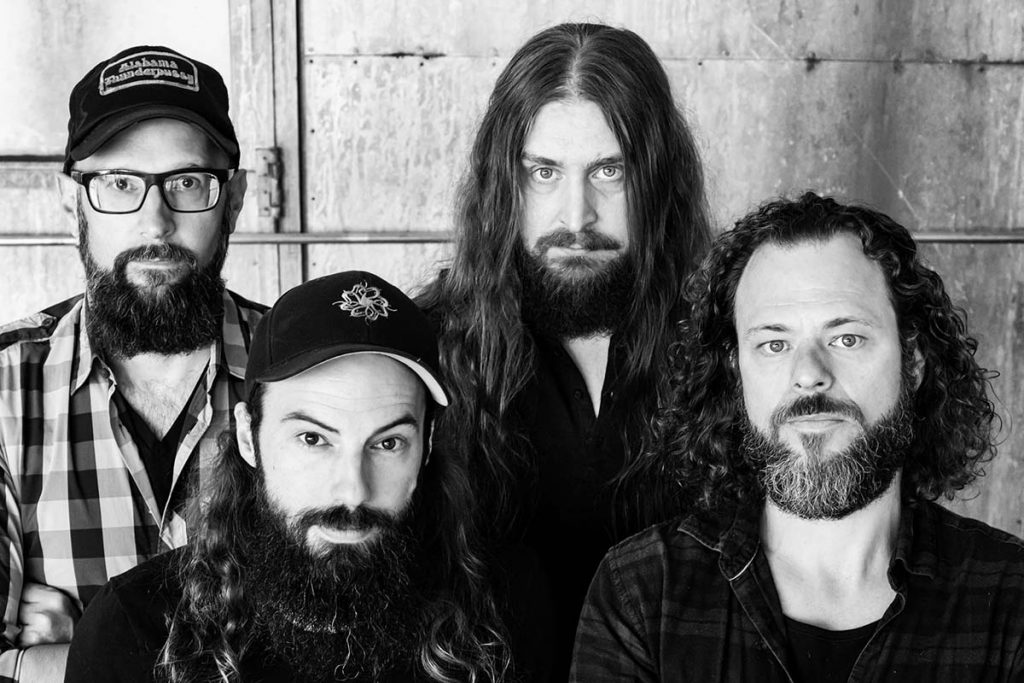 Dutch heavy rockers Komatsu sign to Heavy Psych Sounds for the release of their brand new album, titled »Rose Of Jericho«, coming out on February 5th, 2021.

Says the band: “Komatsu is really psyched to release their fourth album and to join this large and close family of heavy rock!!!”

Komatsu is formed early 2010. Members of locally acclaimed bands from Eindhoven Rock City joined forces. Their years of music experience in all kinds of bands and individual creativity, created a brutal mix of sludge, stoner and metal. Komatsu is born!

The band released a self-titled EP in 2011. After that, they focused on live shows and writing material for their first full-length album. »Manu Armata« saw the daylight in February of 2012 and was instantly well received by the international press. It got raving reviews and Komatsu’s music style was compared to bands like Queens Of The Stone Age, Torche, Mastodon, Monster Magnet and Karma To Burn.

After playing 85 shows in France, Germany, Belgium. Italy, Switzerland, England, Scotland, Ireland, Spain, Portugal, the Netherlands, Brazil and Austria in support of the album »Recipe For Murder One«, Komatsu entered the Void Studio with producer Pieter Kloos to record »A New Horizon«. This album was released in January 2018 and marked their return to Europe and Brazil for several tours. Komatsu supported Brant Bjork in their hometown and with that completed a straight quartet: they played with all four ex-members of Kyuss (Garcia, Oliveri, Bjork, Homme).

After their latest European stand alone tour in December 2019, Komatsu felt it was time to record a new studio album. In February/March 2020 the Super Massive Mother Sludgers recorded a new studio album, this time at Studio Iglesias, Eindhoven.

The new album is recorded and produced by Peter van Elderen (Peter Pan Speedrock) and Komatsu and is mastered by Pieter Kloos. The artwork is made by Lotte Voorhoeve. The album was recorded just before the Covid-19 pandemic and will be released at the beginning of 2021 at Heavy Psych Sounds.

With 9 new killer songs, Komatsu is more than ready and waiting to hit the road again!