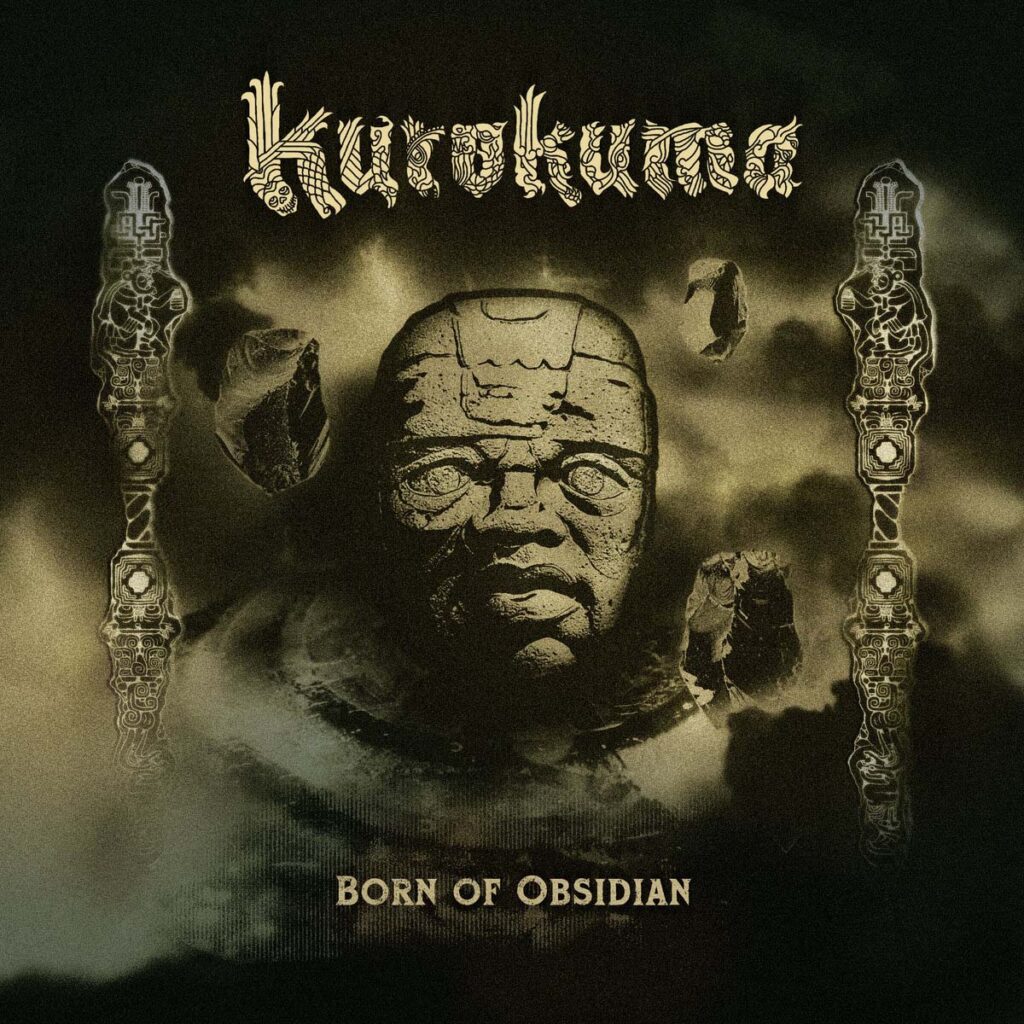 UK psychedelic sludge metal band Kurokuma has announced details on their debut album, »Born Of Obsidian«, which is set for release on February 4th, 2022.

The general concepts running through the record are focused on ancient Mexican civilisations, Aztec deities, human sacrifice and the use of mushrooms in divine religious ceremonies.

Listen to the first single »Jaguar« which explores “Olmec shamans who, it was believed, could transform into a jaguar” as you do.

Equal parts primitive brutality and mind-bending psychedelia, Kurokuma will bring a fresh dose of exotic heaviness to the extreme music scene in 2022 with their debut album »Born Of Obsidian«, set for release on 4th February.

Recorded in London with Sanford Parker (YOB, EyeHateGod, Indian) at Narcissus Studio, the Sheffield-based psychedelic sludge trio have been sharpening their mantra-like songwriting since forming in late 2013, finally culminating in a debut album that melds their expansive ideas and abrasive influences together perfectly. The band comment,

“After years of silent gestation, our first full length will finally emerge into the blinding light of corporeal existence. The five songs that make up this album stand both unified and distinct, creating an edifice that transcends the moment and speaks to the raw nature of the universe. So turn your back on the madness; seek this column of unseen truth and elevate yourself from the primordial chaos in which you dwell.” 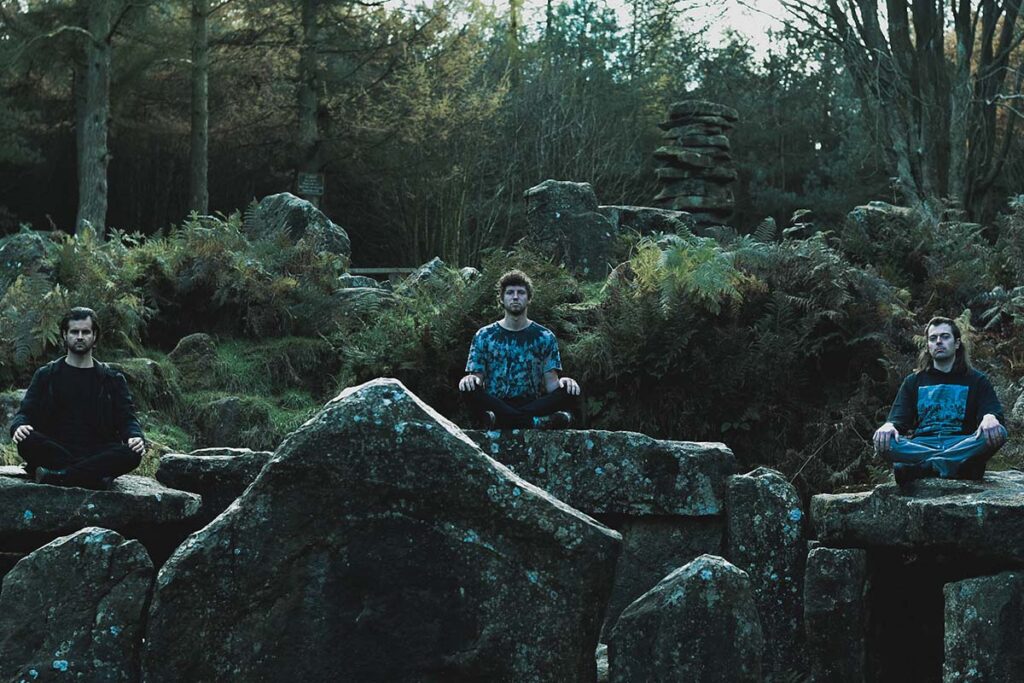 Always ones to avoid the traditional tropes of the doom and sludge metal scene, Kurokuma have often embraced different elements into their ‘heavy’ sound. This includes the worlds of Latin rhythm, kraut-rock and electronica, most recently evident in 2019 when they became the first artist to put out a metal release on legendary underground electronic music label, Off Me Nut with an EP titled, »Sheffield’s Best Metal Bands Vol.1«.

»Born Of Obsidian« traverses various subgenres of metal while maintaining a unified atmosphere all of its own. Thematically it digs deep into the ancient history of major Mesoamerican civilisations; concepts range from Aztec deities, such as Tezcatlipoca and human sacrifice to the god of sun, Huitzilopochtli, to priests’ use of seeds and mushrooms in divine religious ceremonies. Tracks like lead single »Jaguar« also reference the Olmec culture, which preceded the Aztecs, with the band adding,

“This one was written as more of an incantation than a standard song. The jaguar was the most powerful creature for the Olmecs. There were Olmec shamans who, it was believed, could transform into a jaguar, and this piece is meant to provide the soundtrack for such a ceremony.”

Obsidian itself is a naturally occurring volcanic glass which these civilisations used to create tools, ornaments, scrying mirrors and other instruments of dark magic. »Born Of Obsidian« is Kurokuma’s heavy metal-inspired take on bygone Mesoamerican eras, breathing life into these ancient cultures that treasured this igneous rock as an integral resource.

The trio was formed in late 2013 by guitarist/vocalist Jacob Mazlum and drummer Joe Allen in Sheffield, England. George Ionita was soon brought into the mix following the departure of their original bassist, and the die was cast.

The band spent a year crafting their nascent sound before releasing a self-titled demo in the Autumn of 2014, quickly garnering them attention and earning support slots with the likes of KEN mode, Samothrace and Skeletonwitch. Their first EP, »Advorsus« followed in September 2016 on Medusa Crush Records. 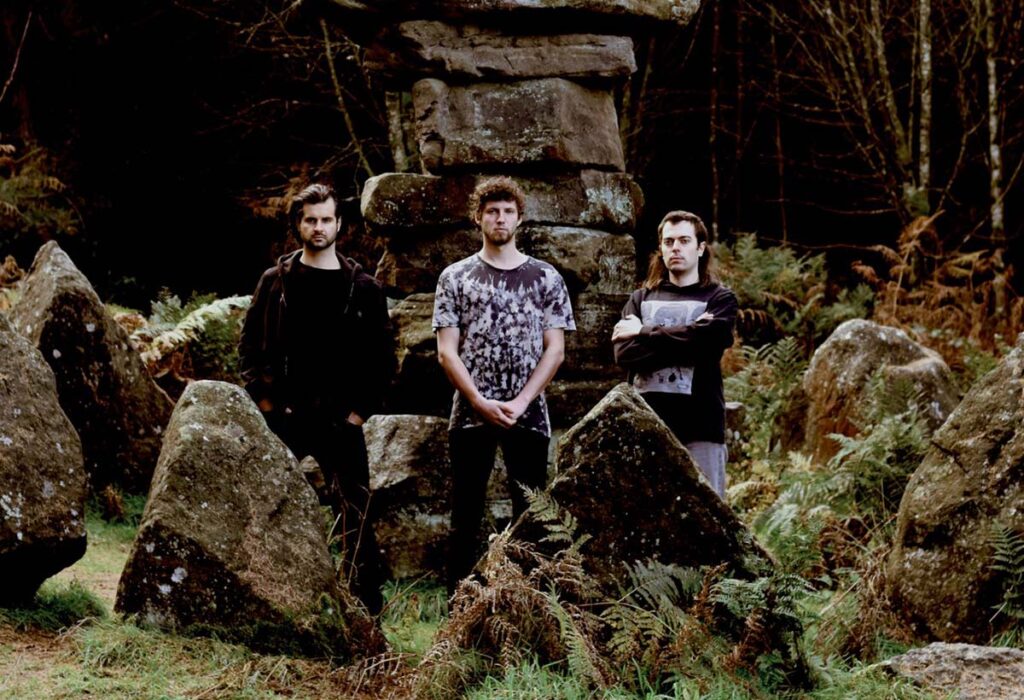 Grinding their way through 2017 and starring in the indie documentary film »The Doom Doc«, Kurokuma hit 2018 hard with a tour of Japan supporting Conan, followed by a 4/20 show in Reykjavik, Iceland.

Summer 2018 saw the release of the much-anticipated »Dope Rider« concept EP, along with an Eastern European tour over which the band played eight countries and appeared at the notorious Brutal Assault Festival in the Czech Republic. Successful UK tours with Friendship from Japan and Boss Keloid finished 2018 for them.

Their 2019 EP was quickly followed up by an appearance at Desertfest London, and while COVID slowed things down in 2020, Kurokuma became the first metal band in the world to launch their own cannabis seed after partnering with NemeSeeds on KuroKush.

Originally scheduled to fly out to Chicago to record their debut album at Sanford Parker’s studio, the pandemic caused these plans to be amended, and towards the end of the year Parker agreed to fly out to London instead, making this the first record he has ever produced in the UK.

Kurokuma returned to the live circuit in 2021 with a crushing performance at Bloodstock Festival and more live shows planned for 2022.

»Born Of Obsidian« is released digitally and on CD/tape on 4th February with vinyl to follow later in the year.
Pre-order now: kurokumauk.bandcamp.com