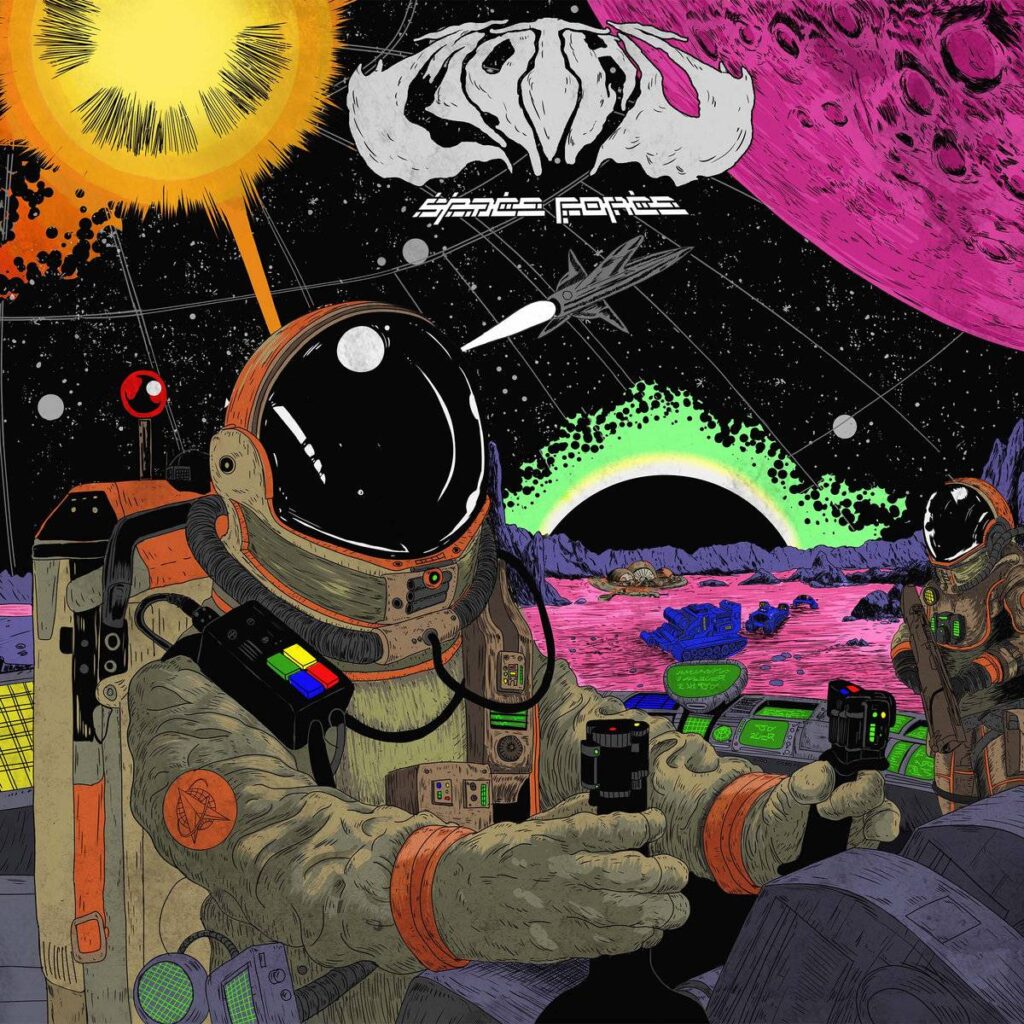 Moths partnered with New Noise Magazine for an exclusive stream of their highly anticipated debut album, »Space Force«! The new album, which features the singles »Unbound« and »Space Force«, was released August 12, and you can hear it now over at New Noise!

Speaking to New Noise about their debut album, the band comments: “After what has been essentially three years in the making, we’re proud to finally unveil this piece of work. We’ve put our heart and souls into the release of this album and we hope it captures the attention of both established fans and new audiences. This is a rollercoaster of an album and the desire is that everyone can enjoy the audiovisual experience that »Space Force« brings!” 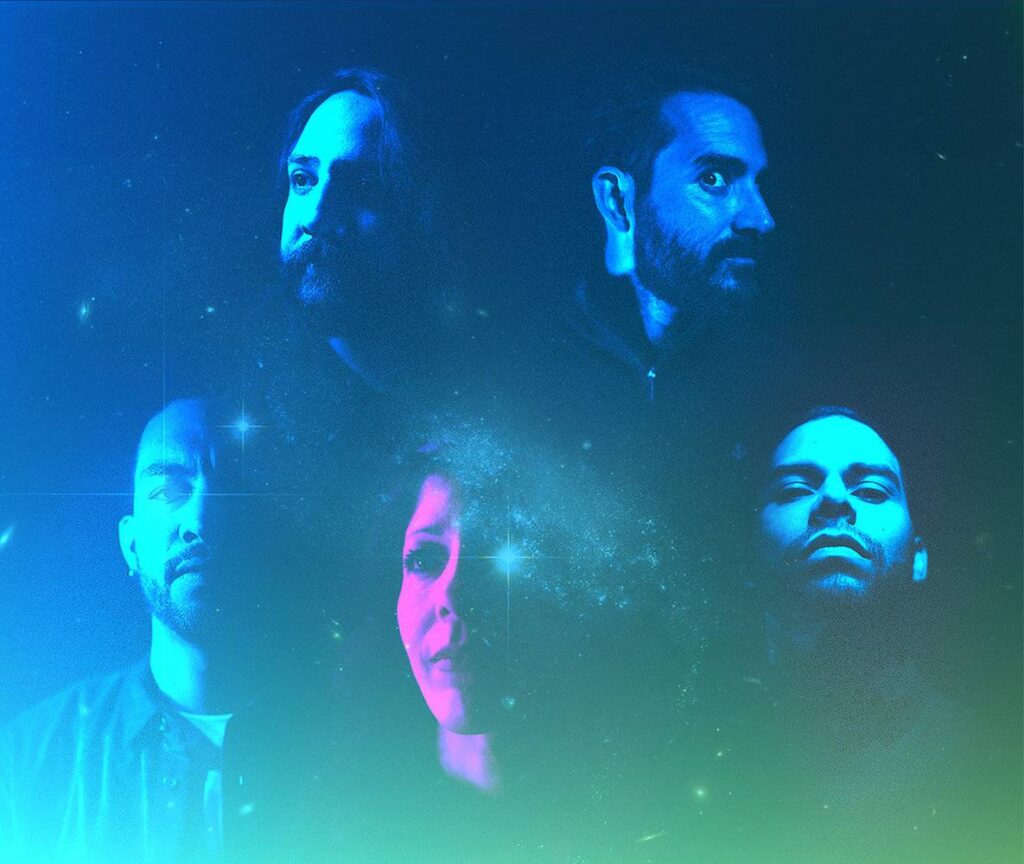 Every band wants to strike a pristine balance between evoking their influences, embracing their originality, and earning their place within the genre(s) they inhabit. That’s often easier said than done, especially when it comes to styles that have developed so quickly and broadly over the past few decades. As stoner/progressive metal quintet Moths proves, however, it can certainly be done. Fusing charming familiarity with captivating freshness, their prior two releases – 2018’s self-titled EP and 2020’s split with Philadelphia rockers The Stone Eye – demonstrated an exceptional ability and willingness to saturate shades of their musical forebearers with plenty of wide-ranging and idiosyncratic personality.

As remarkable as both of those collections were, though, they’re mere appetizers compared to what Moths have crafted with their debut LP, »Space Force«. A “complete audio-visual experience” – as bassist Weslie Negrón puts it—the record sees the group composing their most mature, expansive, and rewarding material to date. Packed with quirkily intricate yet welcoming instrumentation, as well as highly varied and compelling songwriting and vocal approaches, »Space Force« is a thrilling statement of purpose and validity from one of stoner/progressive metal’s greatest up-and-coming acts.

Of course, Moths are also motivated by their culture, and alongside standout acts like Avandra, Omar Rodriguez-Lopez, Errant Society, and Parallel Dimension, they rank as one of the best Puerto Rican stoner/progressive metal groups. “It’s part of our DNA to put some Puerto Rican influences into our music. For example, the closing section of »Awake« taps into Latin jazz,” Negrón reveals. In addition, he, Miranda, and González studied Popular Music at the Interamerican University of Puerto Rico (and Rodríguez has the same major), so Moths are well versed in the “odd time signatures” present in Salsa, Bomba, and Plena (among other styles).

Naturally, that broad musical palette helped make Moths, and Moths/The Stone Eye Split incredibly illustrative. Plus, their distinctive sound and fortitude led to Moths getting spotlighted on Bandcamp Daily in 2018, as well as its second track – »Adhara & Ray« – being featured in Adult Swim’s »Stimulus Swim« playlist in 2020. As such, there’s already considerable hype for what »Space Force« will bring to the table, and luckily, it’s guaranteed to exceed all expectations.

From its gentle and cosmic guitar prelude (»Space Cowboy Ballad«) and fusion of ‘70s heavy metal and progressive death metal (»Broken Slumber«) to its hybrid of experimental space rock and jazz rock (»There’s No Place Like Space«), »Space Force« is an extremely diverse, engrossing, and poised voyage. Coupled with its equally mind-bending artwork, the LP surely finds Moths at the most imaginative and skillful stage of their career.