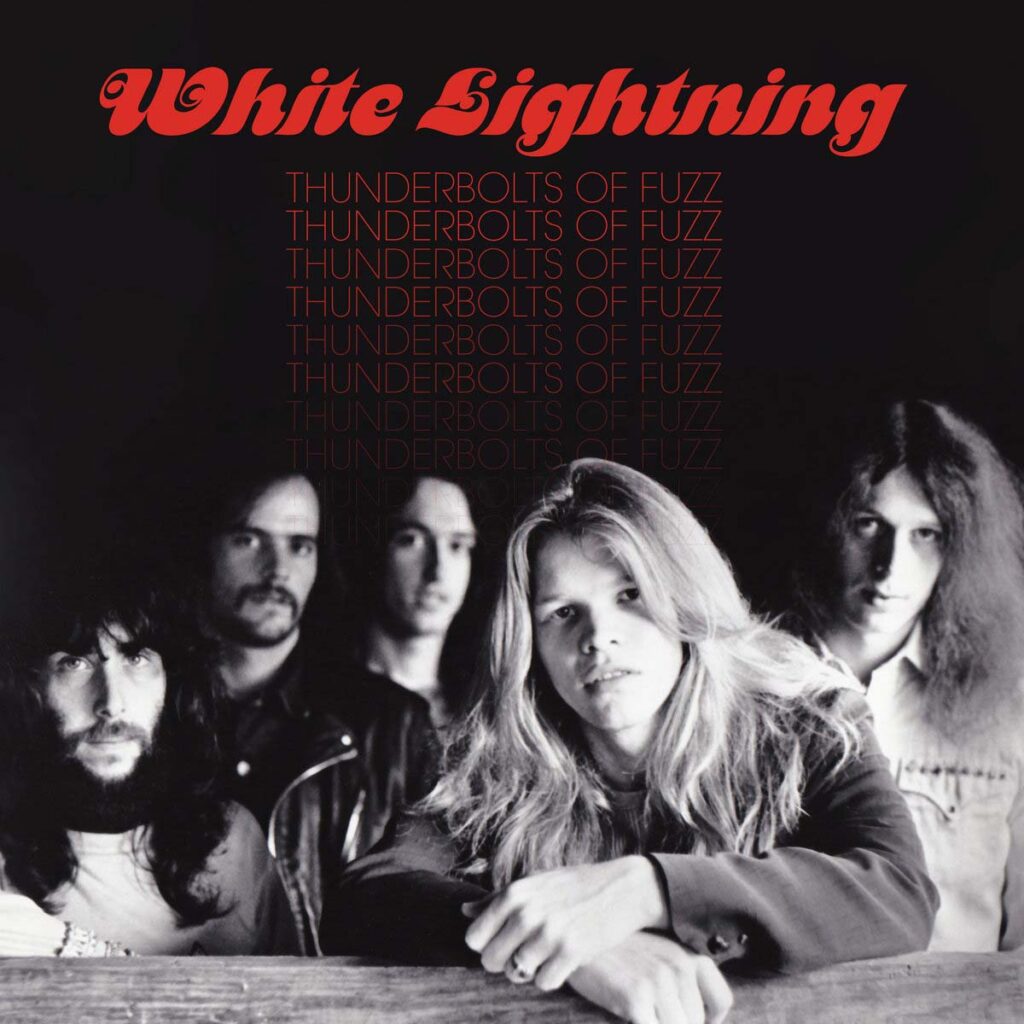 Listen to the track »Borrowed And Blue« by US 60’s heavy psych rockers White Lightning from the upcoming collection, »Thunderbolts Of Fuzz«, which will be released on July 22nd, 2022 via RidingEasy Records.

White Lightning was formed in Minneapolis, MN in 1968 by guitarist Tom “Zippy” Caplan and bassist Woody Woodrich after leaving garage psych band The Litter (themselves popular standouts from the Nuggets and Pebbles series of garage rock rarities). Originally a power trio, the band later expanded to a 5-piece in 1969 while shortening its name to Lightning. The quintet’s brilliant and rare 1970 self-titled album on Pickwick International’s P.I.P. imprint provides 6 of the 10 tracks on »Thunderbolts Of Fuzz«. The original White Lightning trio only released one 45-rpm single »Of Paupers And Poets« during their existence (on local Hexagon label in 1968, later reissued by major label ATCO Records in 1969). A long out-of-print posthumous album released in 1995 gathered unreleased recordings, 3 of which are found here. This rounds out this collection of recorded highlights from the band’s rocky history.

Taking their name from a particularly potent type of LSD, White Lightning laid out from the start that it was not cute and cuddly 70s rock. In fact, the band’s aggressive tempos are like punk rock way before punk. However, their dirty blues groove and musical prowess shows the band was more than unrefined ne’er-do-wells, they had true versatility.

Drummer/lead vocalist Mick Stanhope later relinquished his drum throne to take center stage as lead singer of the expanded lineup. Throughout its initial 1968-1974 run, the band had 10 different lineups, with Caplan, Woodrich and Stanhope the most consistent members – though the band points out that no one member has played in all 11 incarnations of the group. For more facts and information visit thelitter-lightning.com.