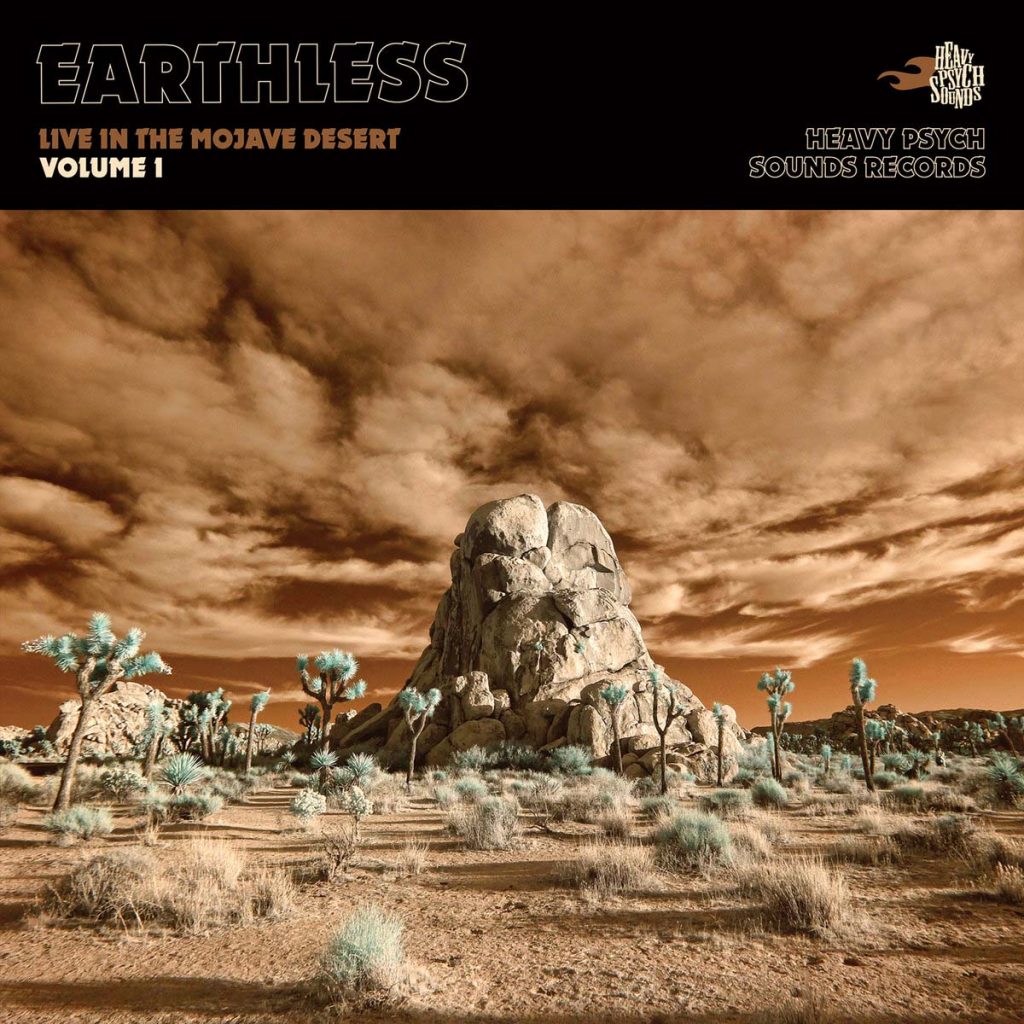 »Live In The Mojave Desert« is a livestream concert film series created deep in the deep sand and huge boulders of some insanely beautiful California wilderness, with performances from Earthless, Nebula, Spirit Mother, Mountain Tamer, and Stöner (a new band by Brant Bjork and Nick Oliveri).

Each concert film is presented in a world-premiere, 1080p HD livestream event and will become a live album. Rad music, good times, psychedelic positive vibes in the desert.

»Live In The Mojave Desert« was inspired by Pink Floyd’s »Live at Pompeii«. A few of our favorite bands – new and legendary artists – with the Mad Alchemy Liquid Light Show to light up a huge double pyramid of boulders. Recorded in 24 track ProTools.

“In October 2020 we filmed and recorded five bands in four days, deep in the deep sand and iconic rocks of the desert,” shares »Live In The Mojave Desert« producer Ryan Jones. “It was a major undertaking to bring this many people and this much gear out to a very remote desert location. Including the bands, we had 25 people onsite daily. With only one road in, everyone and all the gear had to come up a half mile long hill of deep sand–30 miles from nowhere. We had to hire local desert guys with huge 4×4 pickups to help. The Mad Alchemy Liquid Light Show projected on a four-story high, double pyramid of boulders and we had a crack squad of filmmakers, photographers and recording engineers there to capture it all. It was insane, but it was worth it to see our favorite bands play again!” 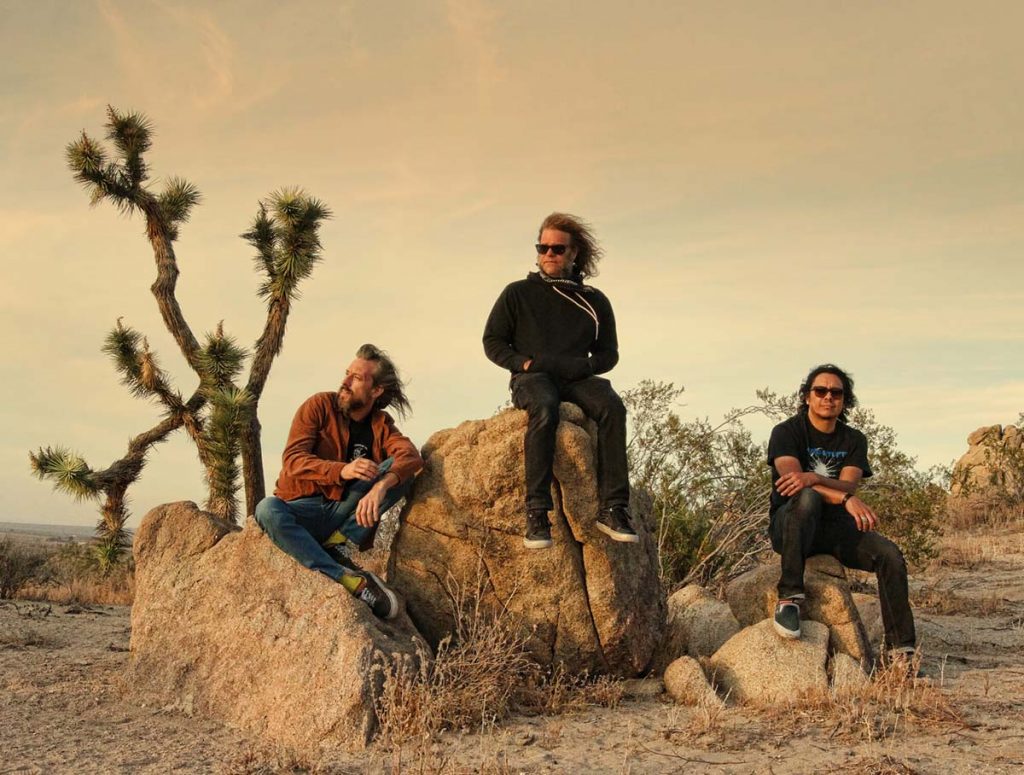 Drummer Mario Rubalcaba moved back to his native San Diego to join Rocket From The Crypt, and eventually encountered future Earthless bassist Mike Eginton. Guitarist Isaiah Mitchell had been playing with a band called Lions Of Judah when he met Eginton. Mitchell, Eginton and Rubalcaba discovered they all enjoyed Japanese psychedelic rock and German krautrock.

Eginton suggested the name Earthless, inspired by a song titled likewise by a 1960s American rock group called the Druids Of Stonehenge. The trio accepted the name for its “psychedelic ring” and ambiguity, but by then they had already been together for at least three months (five rehearsal sessions and one live show) without one. At the group’s earliest rehearsal, they played songs from Led Zeppelin and Black Sabbath interspersed between lengthy improvisations; at their second session the band only played their own material. They played their first live show together at the Casbah, a venue in their native San Diego, but in general they found it difficult to come together for rehearsals or shows owing to Rubalcaba also playing drums for Rocket From The Crypt at the time. He also played in Hot Snakes for a time, but after both groups disbanded, Rubalcaba and his Earthless bandmates had more free time to devote to their new project.