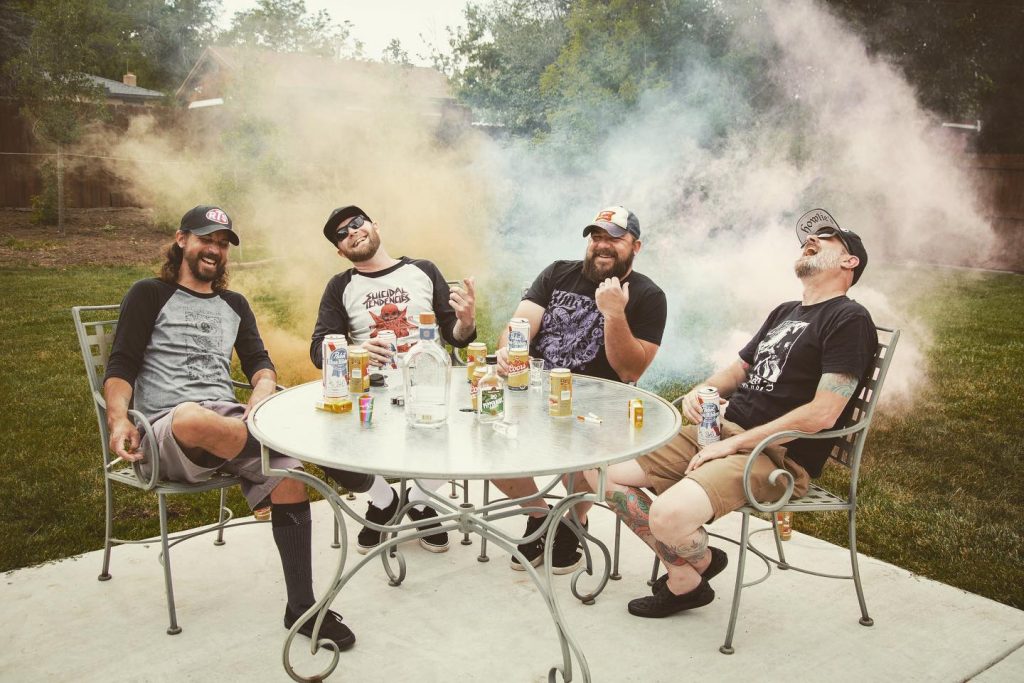 Denver, Colorado stoner metal outfit Lost Relics featuring members of Low Gravity, The Worth and Smolder And Burn, has unveiled brand new music video for their latest single »Unrealistic Cause«, available now for streaming on all digital platforms.

»Unrealistic Cause« is the first single from their upcoming EP »Now We’re Even«, to be released in early 2021 via Coffin & Bolt Records / Golden Robot Records.

Denver dirt rockers Lost Relics are set to release their new single »Unrealistic Cause« on November 30th via Coffin & Bolt / Golden Robot Records. Sludgy, doomy and damn riff heavy Lost Relics come at you with the same intensity of some of their contemporaries Corrosion Of Conformity, Down, Crowbar and Clutch.

The weight of indifference is the boulder that crushes our society. Empathy is dead and with it so are we. It is an »Unrealistic Cause«. Lost Relics employ Richter scale riffs to manifest the emotional density of these troubled times. Songs of protest. Songs of desperation. Songs for the end.