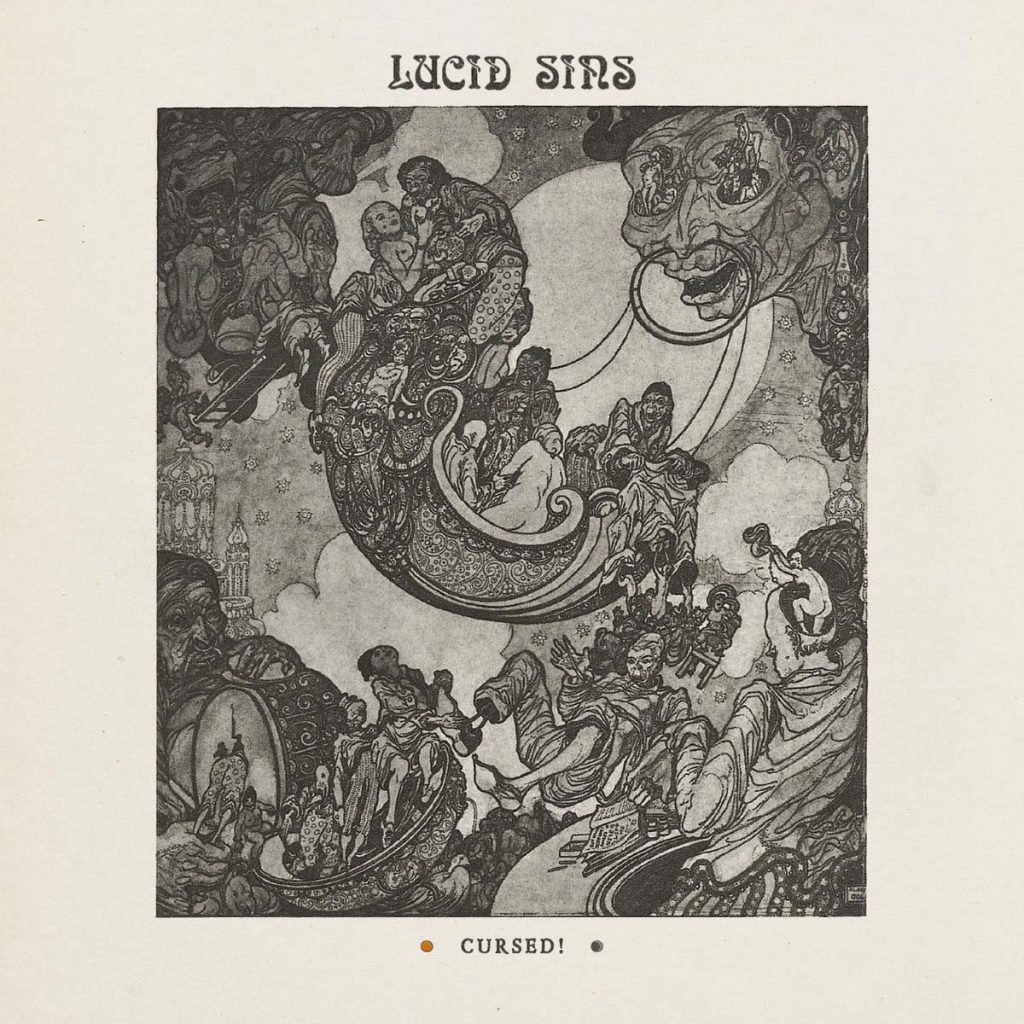 From the riff-centric and silky 70s occult and psychedelic hymns of their impressive 2015 debut full-length »Occultation«, the Glasgow-based duo has morphed into a bigger and more ambitious beast to craft their sophomore album »Cursed!«. Inviting various musicians from their entourage to hop on the Lucid Sins train, the group delivers an organic and intrinsically more progressive 8-track, fueled by an intoxicating dose of keys and violins, liquid-fingered and at time jazz-tinged riffage and Andreas Jonsson’s overdubbed vocals, harking back to the likes of Wishbone Ash, Blue Öyster Cult or even The Doors in their more entrancing meanderings. With a surrealistic artwork from Britain’s early 20th century illustrator Alan Odle, »Cursed!« makes for a must-have piece of 70s progressive rock.

»Cursed!« will be issued on May 3rd worldwide on vinyl, CD and digital through Totem Cat Records, with preorder starting on April 5th. 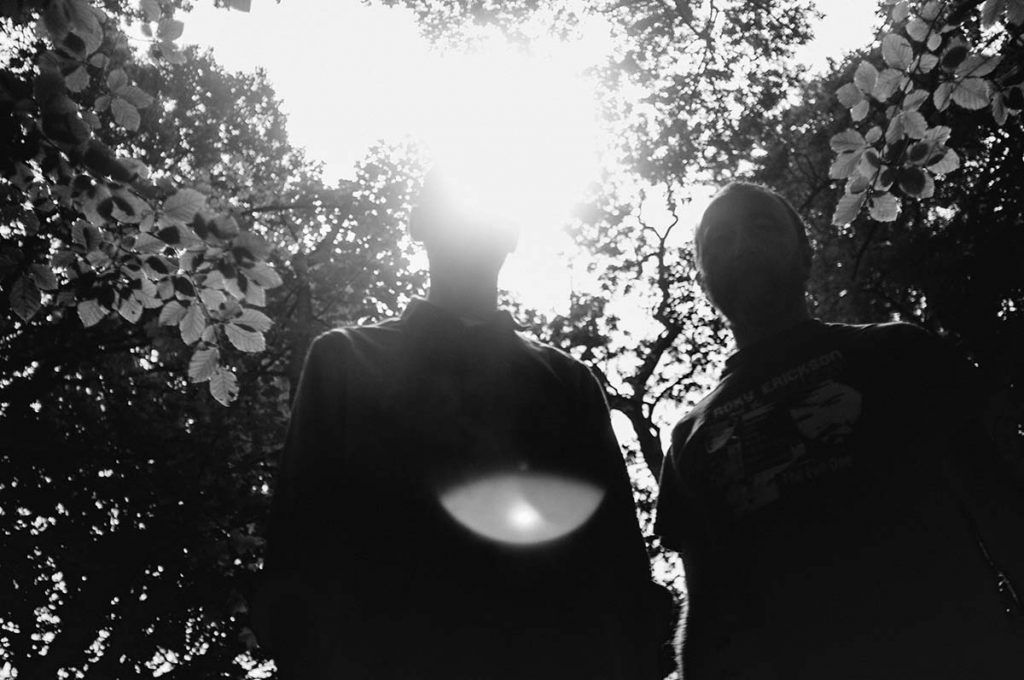 Lucid Sins is Ruaraidh Sanachan and Andreas Johnsson, the heads who brought an explosive freeform psychedelia to Glasgow’s live scene through their first band Moon Unit. With their Totem Cat Records debut »Occultation« (2015) – not to mention their stellar cover of Medusa’s »Black Wizard« – the Scottish duo drew attention to their darkness-tinged brand of 70s psych and classic rock, making a storming entrance among their proto-metal peers Uncle Acid & The Deadbeats, Witchcraft or Dead Meadow. »Occultation« draped itself in a stunning Alasdair Gray sleeve, which set the tone for their occult-driven ventures. In 2021, Lucid Sins return to the scene forefront with their sophomore full-length »Cursed!«, to be issued on May 3rd through independent Britanny-based powerhouse Totem Cat Records.