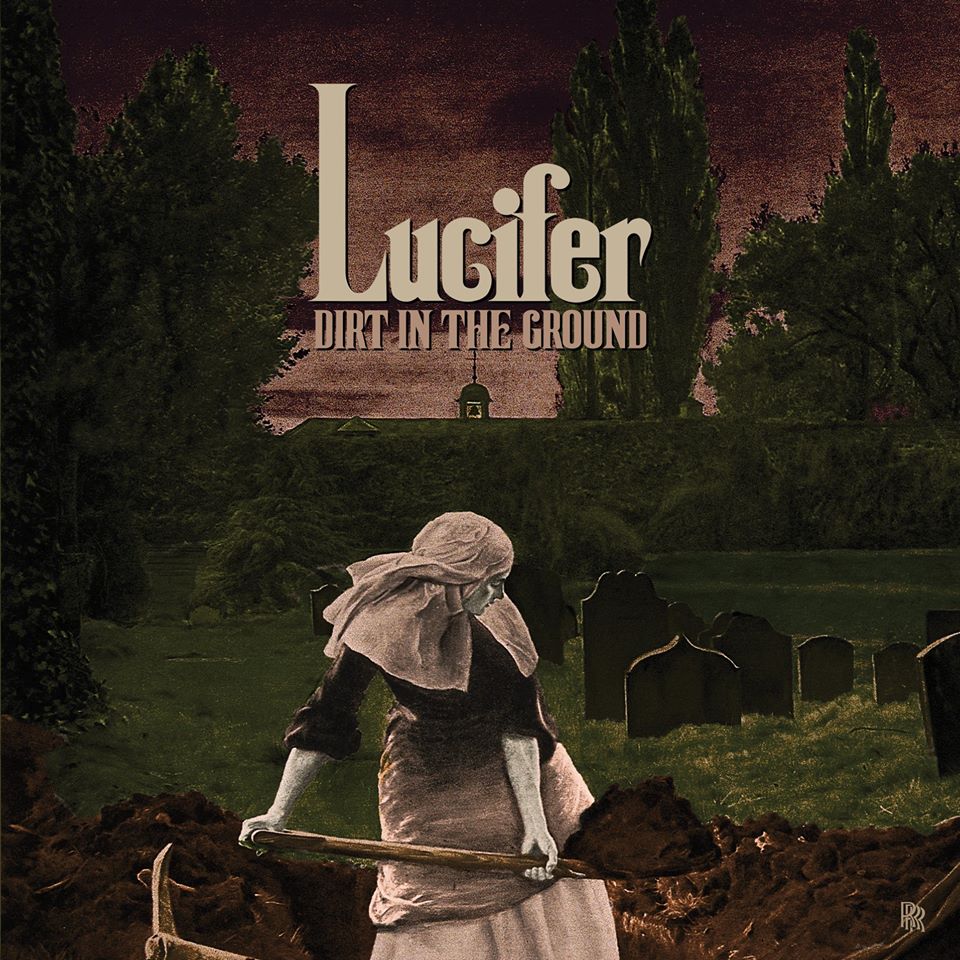 Says the band: “»Dirt In The Ground« is a very grim cover of a very morbid Tom Waits song. The 7″ B-side features a live recording of »Reaper On Your Heels« off »Lucifer II« which had gotten a life of it’s own at our live shows and that we needed to capture on vinyl. Hope you dig it!”

Tracklisting:
A1. Dirt In The Ground (Tom Waits Cover)
B1. Reaper On Your Heels (Live) 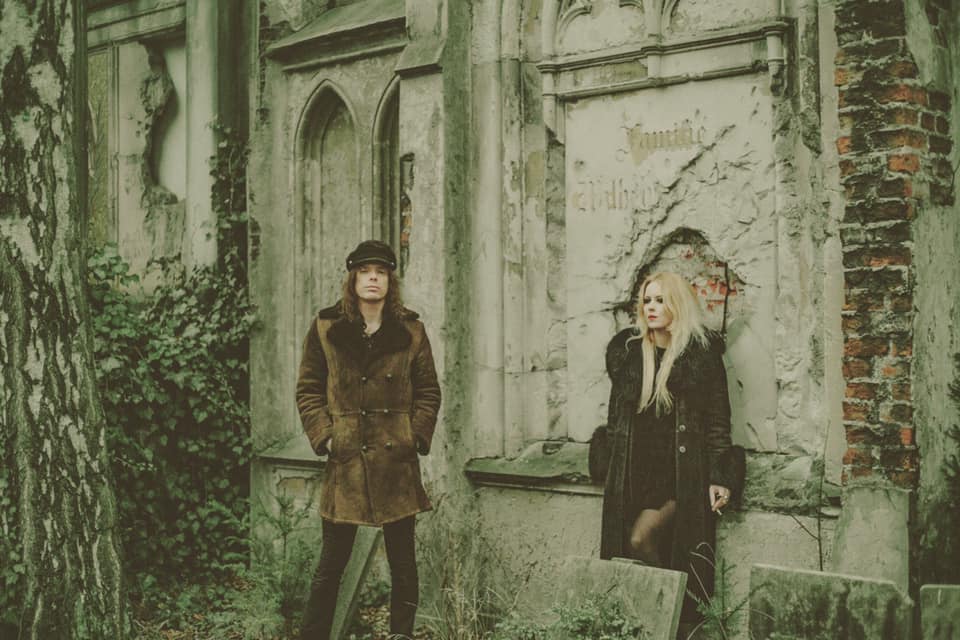 With nearly 200 shows under their belt Lucifer has toured the US, Canada, Japan and Europe multiple times and played renowned international festivals like The Kiss Kruise, Psycho Las Vegas, Hellfest, MetalDays, Sweden Rock, Desertfest, the long standing German cult TV program Rockapalast twice, to name only but a few.

Founded in 2014 in Berlin by The Oath front woman Johanna Sadonis, the group first consisted of Cathedral, Angel Witch and Ladytron members. The first 7″ single »Anubis« and debut album »Lucifer I«, penned by Sadonis and Cathedral’s Garry Jennings and released by British label Rise Above Records, brought Lucifer international recognition.

With a shift of constellation within the band in 2016 and Johanna Sadonis’ move from Berlin to Stockholm, Lucifer were ready for chapter two. In Nicke Andersson, notable for his groups The Hellacopters, Entombed, Imperial State Electric, Death Breath among others, Sadonis found a new renowned writing partner. Together they wrote Lucifer’s second album »Lucifer II« and produced it at Nicke’s studio The Honk Palace in Stockholm in the summer of 2017.

With the critically acclaimed release of their long awaited second album »Lucifer II« 2018 on Century Media and the videos for the singles »California Son« and »Dreamer«, Lucifer was facing a new grand chapter. With more than 13.000 physical copies sold, the album jolted into the Swedish, German, British and American charts, received outstanding worldwide attention and was applauded by the music press. It came as no surprise »Lucifer II« was nominated Best Hard Rock/Metal album by renowned Swedish Radio Price P3 and Hard Rock/Metal act of the year by Gaffa Price Sweden.

In between touring the world relentlessly the group settled back into Nicke Andersson’s Honk Palace studio in Stockholm last winter to record the new album, »Lucifer III«, released worldwide on March 20th, 2020 via Century Media Records.

With the powerful singles »Ghosts« and »Midnight Phantom« it is evident that this group is ready to climb higher up the Mount Olympus of Rock. If you haven’t seen the live monster Lucifer has become, you better get some tickets to the next show near you! Rock and Roll is dead? Long LIVE Rock and Roll!