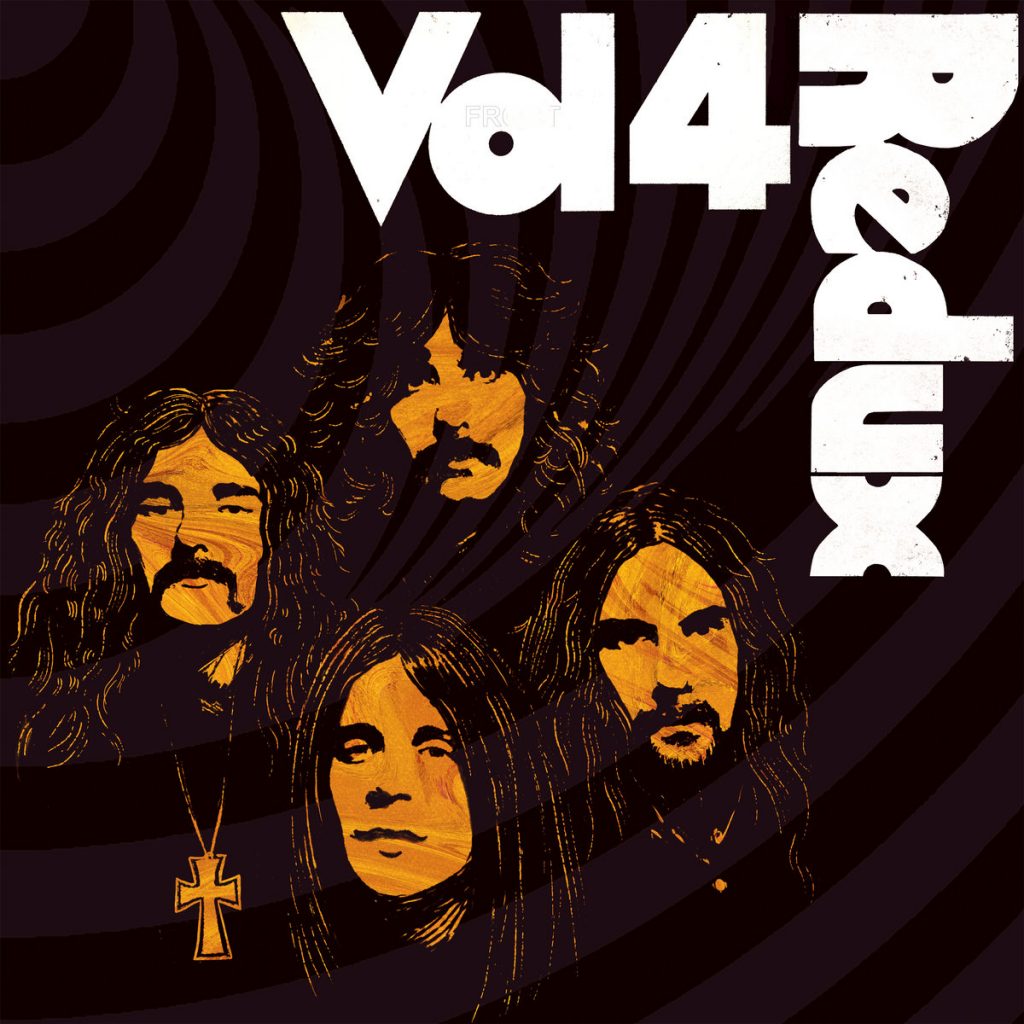 Magnetic Eye Records bows at the Birmingham altar to celebrate Black Sabbath’s 50th anniversary, offering, an end-to-end re-imagining of »Volume 4«, one of the most acclaimed albums in the Sabbath canon.

A pantheon of metal and doom heavyweights, including some of metal’s most famously Sabbath-inspired icons, pays homage to the record where the masters began to expand their minds and their weighty foundation.

»Vol. 4 [Redux]« features stunning takes on each song from the undeniable classic, with incomparable tributes by Matt Pike (Sleep, High On Fire, ex-Kalas), Haunt, The Obsessed, Thou, Zakk Sabbath, Spirit Adrift and more.

You can already take a listen to Spirit Adrift‘s version of Black Sabbath’s classic song »Supernaut«.

Frontman Nate Garrett comments: “With covers, it’s crucial to capture every element that makes the original special, while allowing your own identity to shine through. I’ve heard Sabbath covers, even recently, where the band isn’t even aware of the subtleties of the guitar riff, and they’re straight-up playing it wrong. So rule #1, I guess, would be to play the riff right. You don’t want to neuter the song and lose the excitement. We stayed pretty true to the original because it’s such an incredible song. However, a lot of our trademarks are there: extra guitar harmonies, crazy Moog whooshes, all sorts of things we love to do. We’re thrilled for this opportunity to pay our respects.

Black Sabbath is the reason I’m in a band. They’re my favorite band, and I love every era. I saw the video for »Paranoid« when I was 12 or 13 years old, and it was game over. »Volume 4« in particular contains quite a few of my favorite moments from the Sabbath catalog. Many of my tried and true approaches to guitar were inspired by songs on »Volume 4«. The music is classic, but still fresh and groundbreaking all these years later.”