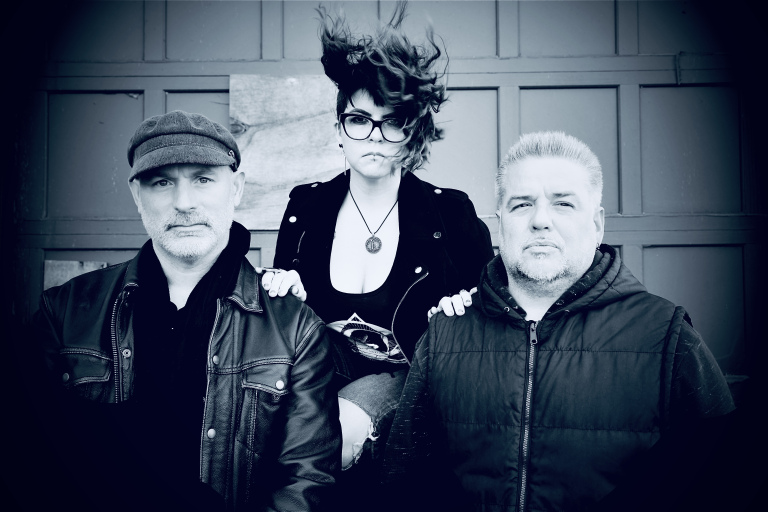 New York’s occult rockers Mama Doom has recently signed with Majestic Mountain Records for the release of their as-yet-untitled second album, which will drop later this year.

The haunting hard-rock trio become the first US band signed to the Swedish label!

Majestic Mountain Records – Sweden’s leading proponents of hard-hitting underground psych, rock and heavy metal – is thrilled to announce the signing of Mama Doom for the release of their new album.

Formed in Newburgh, New York in 2016, the trio join the ever-growing ranks of impressive MMR acts like Grand Cadaver, Saint Karloff and Electric Hydra and will soon release the long-awaited follow-up to their exceptional 2018 debut, »From Blue To Bone« (listen below).

“The moment we heard the new album we just knew we had to sign them to MMR,” explains Marco Berg. “They occupy a place on a spectrum that spans traditional blues, heavy doom and ego-death metal, and with High Priestess D. Lolli at the helm they are a serious force to be reckoned with.”

In lieu of guitars; keys and ethereal vocals drive the grooves deep into the earth in perfect union with crushing bass and drums. It’s a sound at once familiar to fans already accustomed to the doom genre, but at the same time it takes on a strangely unfamiliar tone given its unique assembly of component parts.

“We are so incredibly excited to be part of the Majestic Mountain family,” Lolli explains. “This label attracted us from the start due to the diversity and quality of bands on its roster and it’s a great honour to be the first US band signed to Majestic Mountain.”