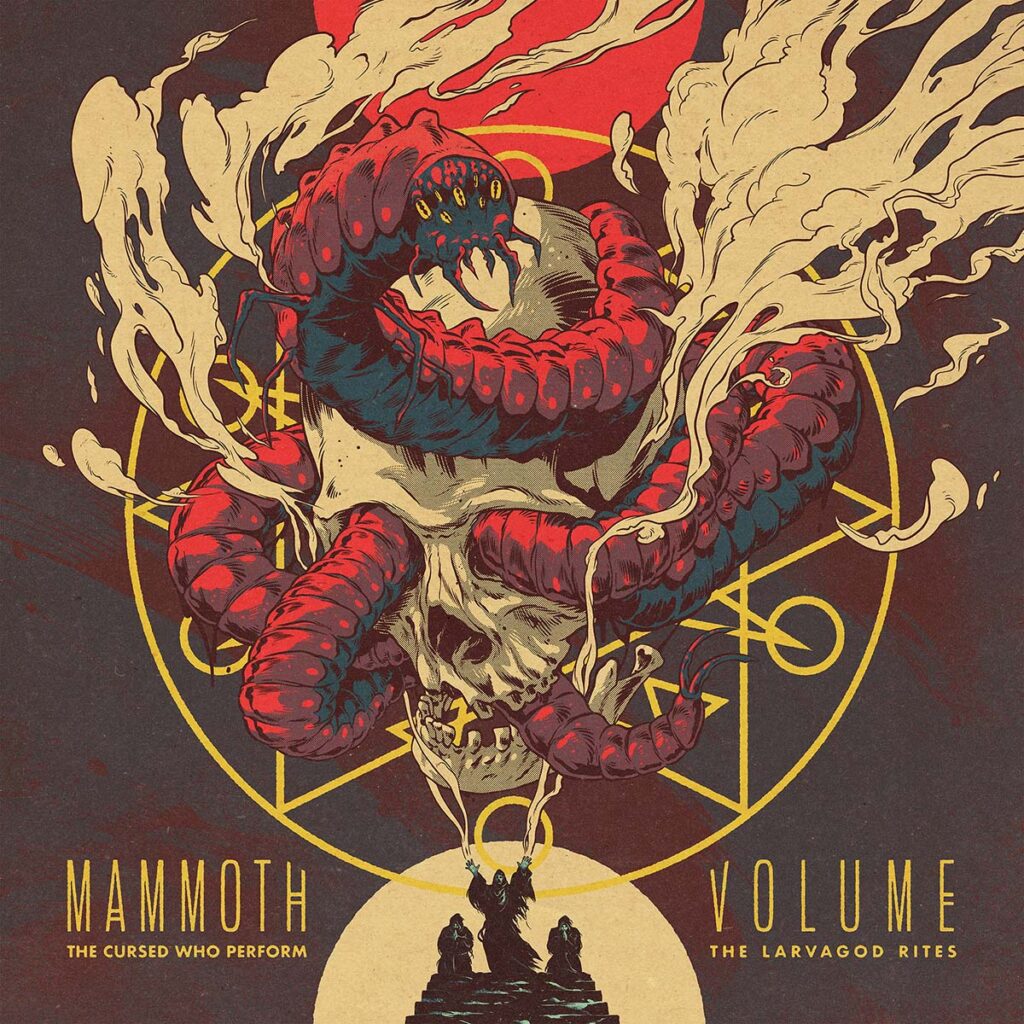 »The Cursed Who Perform The Larvagod Rites« will be released this Friday, August 19th, 2022 via Blues Funeral Recordings.

The Swedish godfathers of progressive stoner rock Mammoth Volume present their long-awaited comeback album after a 20-year absence! Stream the fuzz-driven and weirdly infectious anthems of »The Cursed Who Perform The Larvagod Rites« now, ahead of its official release this August 19th on Blues Funeral Recordings.

“Like Boss Keloid and King Crimson got into a fight with the modern sludge scene. It’s fantastic and you need it in your life.” – Metal Injection

“A clever but organic fusion of early seventies progressive rock with the crunchy riffs and walloping rhythms we all expect from good stoner rock.” – Big Takeover Magazine

“»The Cursed Who Perform The Larvagod Rites« puts this Swedish quartet right back to the top of the eccentric pyramid of progressive stoner.” – Distorted Sound Magazine

Ready to blindside the world with their massive riffs, unexpected instrumentation filled with jazzy shifts, angular and irresistible hooks and dark grunge-infused vocals, Mammoth Volume’s approach remains utterly unique, just as it was when this innovative Swedish foursome reigned over the early days of the stoner rock genre two decades years ago. Prepare yourself for a welcome reemergence, as »The Cursed Who Perform The Larvagod Rites« is guaranteed to stun and delight fans of every sub-niche in the riff-heavy underground!
With stunning artwork by Johnny Dombrowski, »The Cursed Who Perform The Larvagod Rites« will be released in deluxe and classic vinyl format, CD and digital on August 19th through Blues Funeral Recordings. Pre-order: bluesfuneral.com