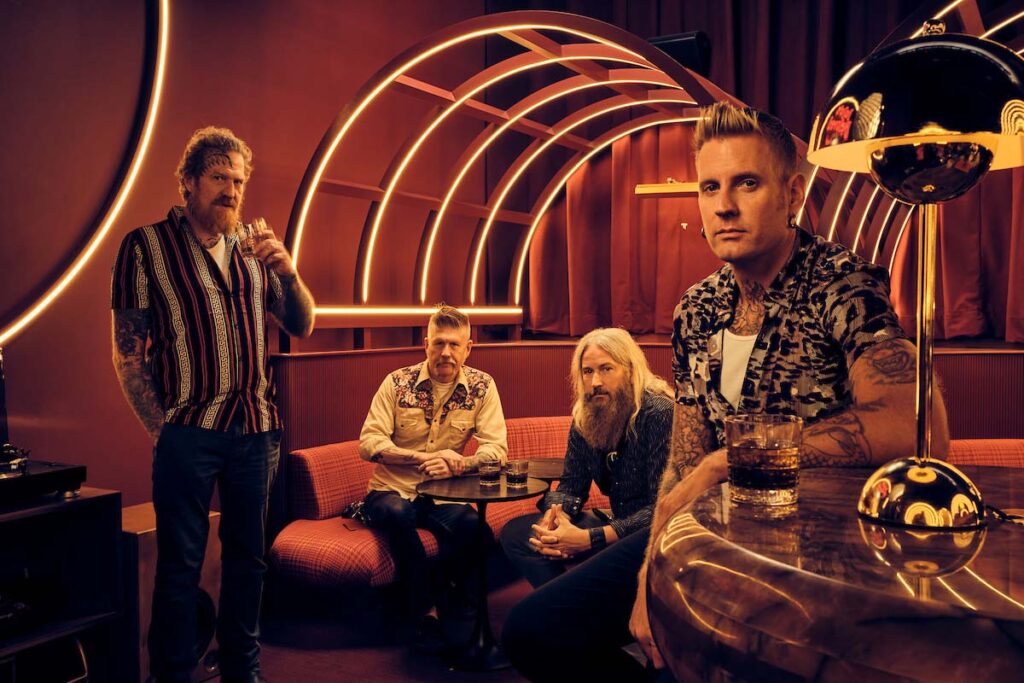 Atlanta, Georgia progressive metal band Mastodon has released a making-of documentary about their latest full-length album, »Hushed And Grim«, out on October 29th, 2021 via Reprise Records.

Produced and directed by Bryan Bankovich.

»The Making of Hushed & Grim« is a documentary that chronicles iconic, Grammy Award-winning band Mastodon’s critically acclaimed 8th studio album. The 90 minute film is an intimate look at the bands creative process, which was largely influenced by the untimely death of the bands long time friend and manager, Nick John. The film also intertwines comedic skits that showcase the bands, lighter more humorous dynamic.

Mastodon released their anxiously awaited ninth full-length album, »Hushed And Grim«, on October 29, 2021 via Reprise Records. Over the past year, the group recorded the album in their hometown, collaborating with producer David Bottrill (Tool, Rush, Muse, Peter Gabriel) behind the board. »Hushed And Grim« features guest appearances from Soundgarden guitarist Kim Thayil and Municipal Waste drummer Dave Witte among others.

As their most ambitious body of work to date, it consists of 15 tracks, surveying sonic landscapes of rock, psychedelia, punk, metal, alternative, and prog threaded together by the innately expressive musical interplay of these four musicians. At the same time, an atmosphere of loss, loneliness, and longing permeates through the trio of cathartic vocals as they musically say goodbye to old friend, confidant, and longtime manager the late Nick John by architecting a magnum opus that bears the influence of his eternal memory.