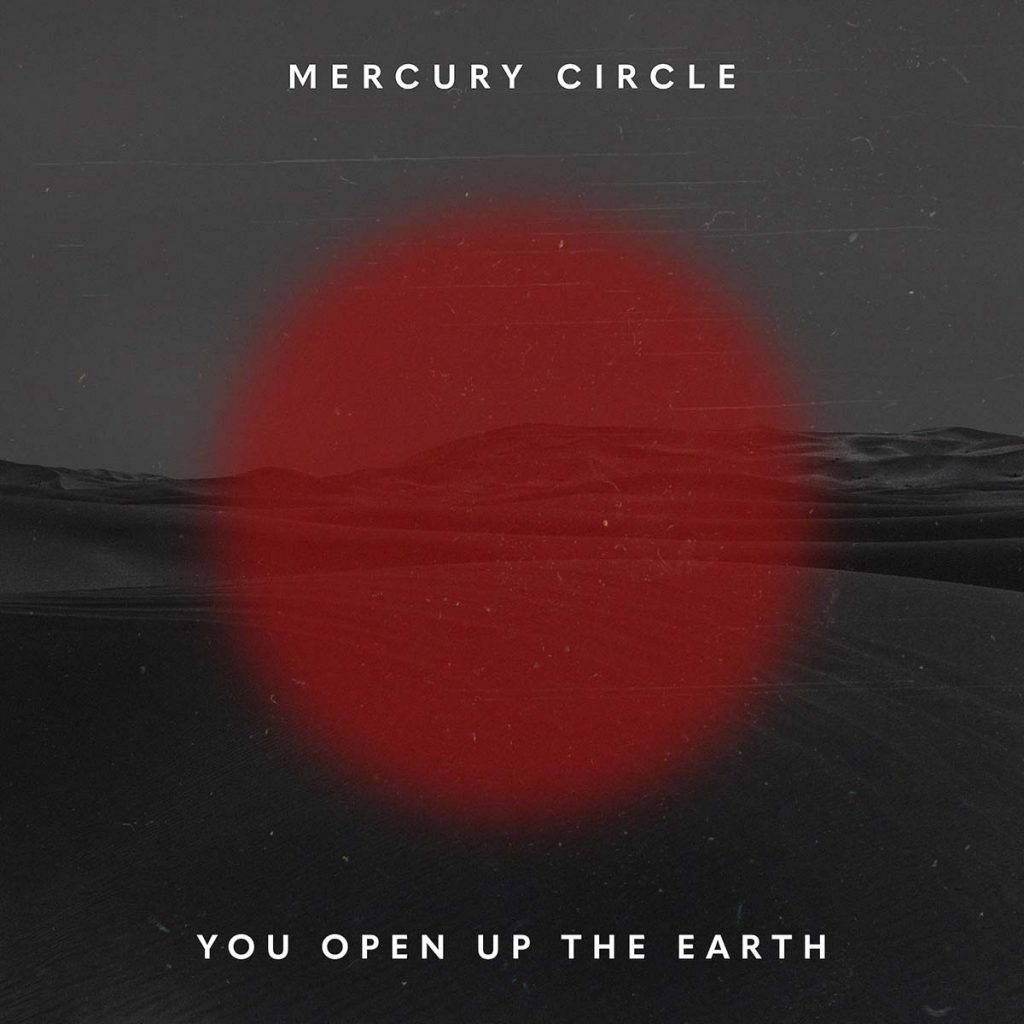 Finnish dark doom metal collective Mercury Circle premiere an epic music video for the brand new single »You Open Up The Earth« taken from their upcoming debut album, slated for a release in the Fall of 2021 via Noble Demon.

The band comments: “Releasing the first single »You Open Up The Earth« of our upcoming album today, we are deeply grateful to be continuing on this journey with our awesome Mercurians and dedicated Mission Control Team. This song is a reflection of how things take seat in our lives uninvitedly and change our fate forever. Especially during these times of incredible adversity we hope to give a voice to the feelings those situations elicit while they oftentimes leave us speechless.”

Labeled as “a band you need to watch out for in 2021”, by Metal Hammer UK, and featuring members of Swallow The Sun and Children Of Bodom, Mercury Circle is creating a diverse offering of atmospheric and dark music where the songs differ wildly in expression and sonic aesthetics. Dark metal infused soundscapes with powerful synth and electro waves are the breeding ground for a unique journey filled with painful departures to new beginnings, a spectacle in which hope and promises echoing loss and regret.

Following their latest, critically acclaimed EP »The Dawn Of Vitriol« (August 14th, Noble Demon / The Vinyl Division), Mercury Circle is about to get ready for the release of their highly anticipated debut studio album, due out in September via powerhouse label Noble Demon. To shorten your wait for Mercury Circle’s first full-length, the band has just released a first and enthralling album single, one that will most likely leave you with a hunger for more!

“This song is a reflection of how things take seat in our lives uninvitedly and change our fate forever“, the band explains and continues: “Especially during these times of incredible adversity we hope to give a voice to the feelings those situations elicit while they oftentimes leave us speechless.”

With a versatile arrangement of sounds, and a message that couldn’t have been more fitting in these days, it almost seems as if it’s no surprise that this track has become the first harbinger to the album, as founder and mastermind Jaani Peuhu reveals:

“At a pretty early stage in the writing process I started feeling that »You Open Up The Earth« had to be the opening single of the album. Not only made the message of the song sense considering the state the world has been in for more than a year now, but it also seemed like a good introduction to the record: Combining heavy, dark and melodic elements with a little piece of our unearthly atmosphere and a big chorus. We had more than 20 songs to choose from for the album and most of the tracks were about to be dropped from the record at some point, but this one felt like an important piece of our debut the whole time since I wrote it.”

He continues: “There was a funny situation during the recordings of »You Open Up The Earth« when I was working on the string arrangements and realized that we need violins to compliment Teemu Mastovaara’s super cool cellos. I mentioned it in our band chat and then our guitar player Jussi casually answered that he could play them… Although he hadn’t played in years he recorded the most beautiful violin tracks for this special song. My bandmates keep on surprising me with their talent! We have this mentality that everybody can do everything and there are no bad ideas. We try out every idea and even if it doesn’t work it might lead us to something that actually does and sounds amazing. We don’t want to play safe. Been there, done that. Never again. Not with this band.”

Pre-save »You Open Up The Earth« to the library of your preferred streaming service or add it to your favorite playlist right here: https://snd.click/openearth​