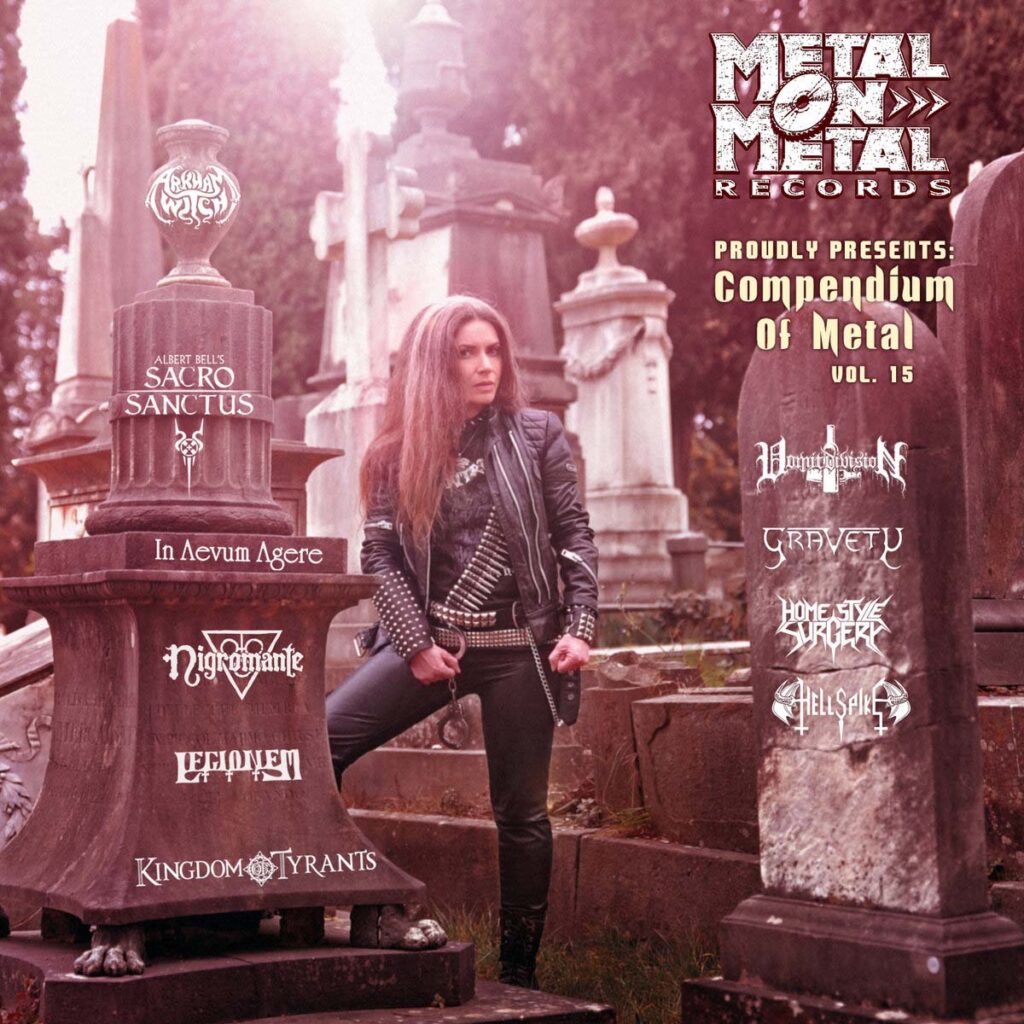 Courtesy of Metal On Metal Records:

Here’s the 15th Metal On Metal Records compilation with 10 songs of 10 bands, coming with a 6-page informative booklet. The first 3 tracks are by bands whose albums we are releasing first, together with this compilation, including a newly signed Spanish band Nigromante (playing what they themselves describe as unholy heavy metal), while Albert Bell’s Sacro Sanctus and Arkham Witch (with a song they self-released only digitally on their last EP) are the other two. Then you have two previously unreleased tracks by bands whose albums we’re going to release in December: Eternal Thirst with a demo version and US power/heavy metal act Kingdom Of Tyrants (featuring ex-members of Steel Assassin and Meliah Rage), who joined our roster this year, with a rough mix version of their song. We are also proud to present to you an exclusive track recorded especially for this compilation by Vomit Division – a true old school black/thrash ripper!

Only 4 bands whose CDs we released last year (Hellspike, Home Style Surgery, Gravety and In Aevum Agere) are featured here with choice cuts from those 2021 albums. So pick up this CD and treat yourself to 52 minutes of pure old school metal in all its forms for half of the regular CD price or even less (if ordered with another CD from our catalogue)!