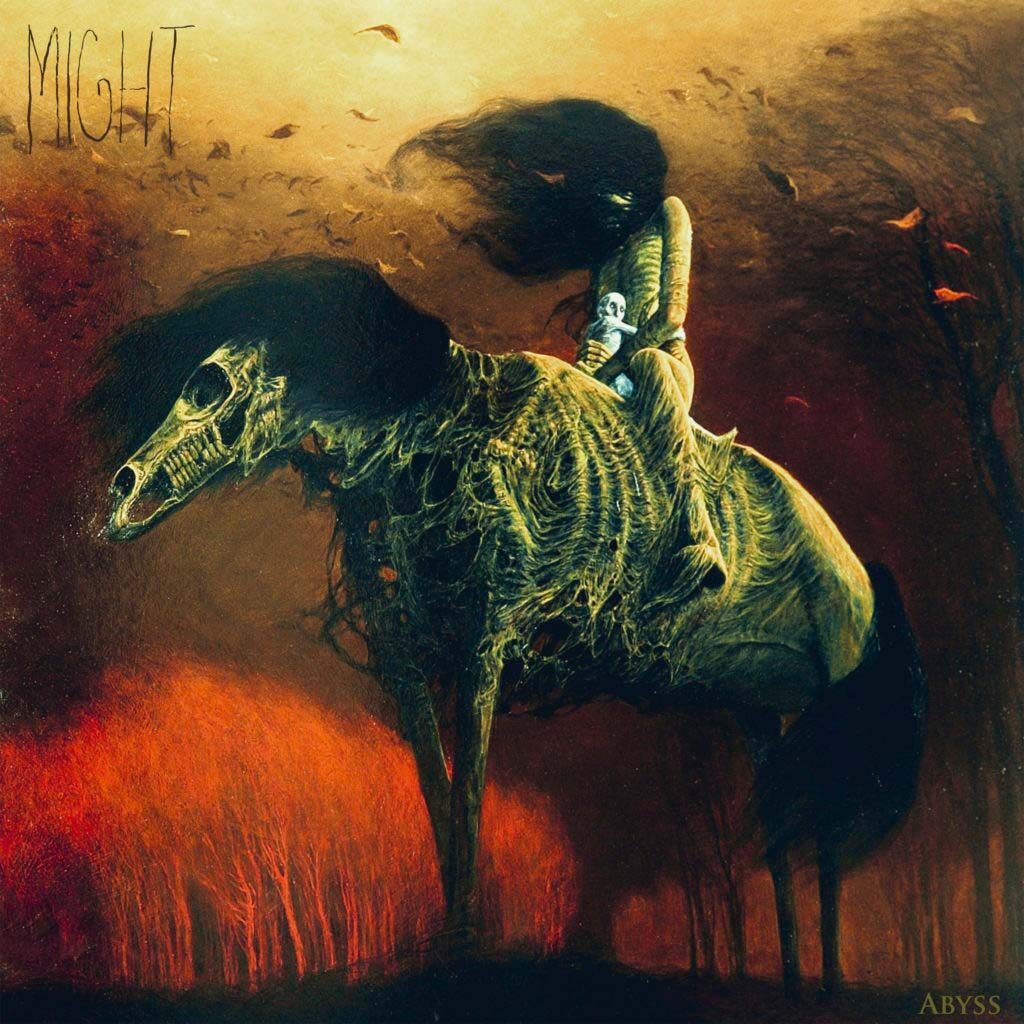 German post-rock/doom duo Might share a brand new music video for the second single »Shrine« taken from their upcoming sophomore album, »Abyss«, out on August 26th, 2022 via Exile On Mainstream.

Nine Circles is currently hosting an exclusive video from German atmospheric post-rock/doom duo Might. The »Shrine« video is created for the new single, which is found on the band’s second LP, »Abyss«, nearing release later this month through Exile On Mainstream.

Might’s »Abyss« was entirely recorded, mixed, and mastered by the band. The album’s cover is fitted with a 1976 oil painting by Polish artist Zdzisław Beksiński (February 24, 1929 – February 21, 2005). The impression of the painting, as oppressive as it may seem at first glance, nevertheless radiates a warming confidence and security. This makes the image a fantastic visualization of Might’s music.

Delicate piano sounds are being buried under thick, viscous lava of distorted guitars and a mean bass. Hovering above it, Ana’s subtle, yet haunting voice connects tragedy with hope in a world gone haywire. Or seems like it. Sometimes she must scream. Might is a must-hear band for fans of Chelsea Wolfe, Emma Ruth Rundle, Jarboe, Dolch, Treedeon, Neurosis, Ides Of Gemini, and Black Mare.

Bassist/vocalist Ana Muhi reveals about the track, “This song is about appropriation, ownership, and dependencies on the one hand, and the understanding of being able to have more self-determination than one thinks on the other hand.” 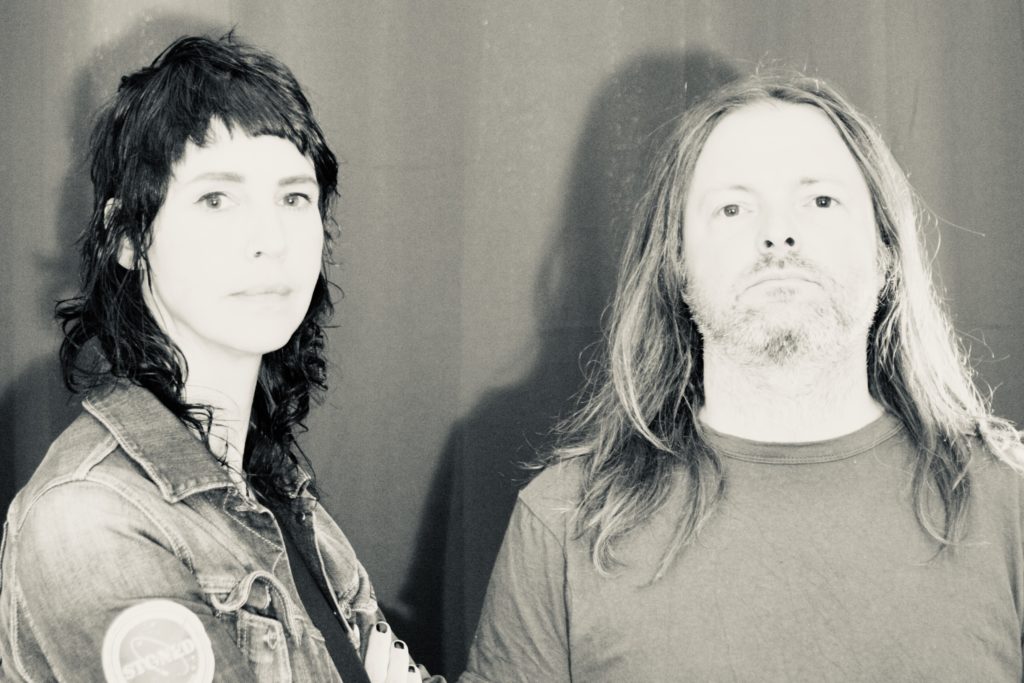 The premiere at Nine Circles writes, “Doom and post-rock are where Might finds themselves on PR paper, but »Shrine« adds sludge, garage rock, death screams, and some serious heft to the tags du jour. The choice here to film the video as a live performance in a smoke filled and dark room was an excellent one, it fits the sounds, tones, and moods of the single and adds an edge to it that I don’t think they would’ve gotten any other way.”

»Abyss« will be released through Exile On Mainstream on August 26th, pressed on LP and CD and available on all digital services. Find pre-orders HERE, and watch the prior video for the »How Sad A Fate« single HERE.

Watch for additional videos to be issued surrounding the album’s release.

Founded in Hannover, Germany in January 2020 by Ana Muhi (vocals, bass, piano) and Sven Missullis (vocals, guitar, drums), Might’s eponymous debut LP was recorded in the early days of the Covid-19 pandemic, the album introducing the band’s blend of elements from various musical genres fused in their very own intoxicating, organic sound. Between instrumental frenzy and gentle, fragile acoustic parts, an exchange takes place that musically brings together different genres: black metal, sludge, doom, post-rock, shoegaze. The whole thing happens without any showmanship, loud and quiet in perfect complement, the power of love as an answer to life’s questions. As large as the steps may seem at times, they always remain comprehensible. The common thread consists of the consistent and honest handwriting of the two – an uncompromising couple.

Unfortunately, due to the pandemic, Might could not play live as much as they wanted to in support of the debut LP, but they have made waves with some very special performances over the past year or more. Highlights so far include the 2021 Roadburn Redux Festival appearance, where Might played their second concert ever, the 2022 Exile On Mainstream Roadshows, as well as support for Wiegedood and the 2022 Rotormania Festival appearance. Live, the couple takes a unique approach, with Missullis performing drums while broadcasting video projections of him also performing the guitar parts, doubling his appearance, and thus becoming a trio.