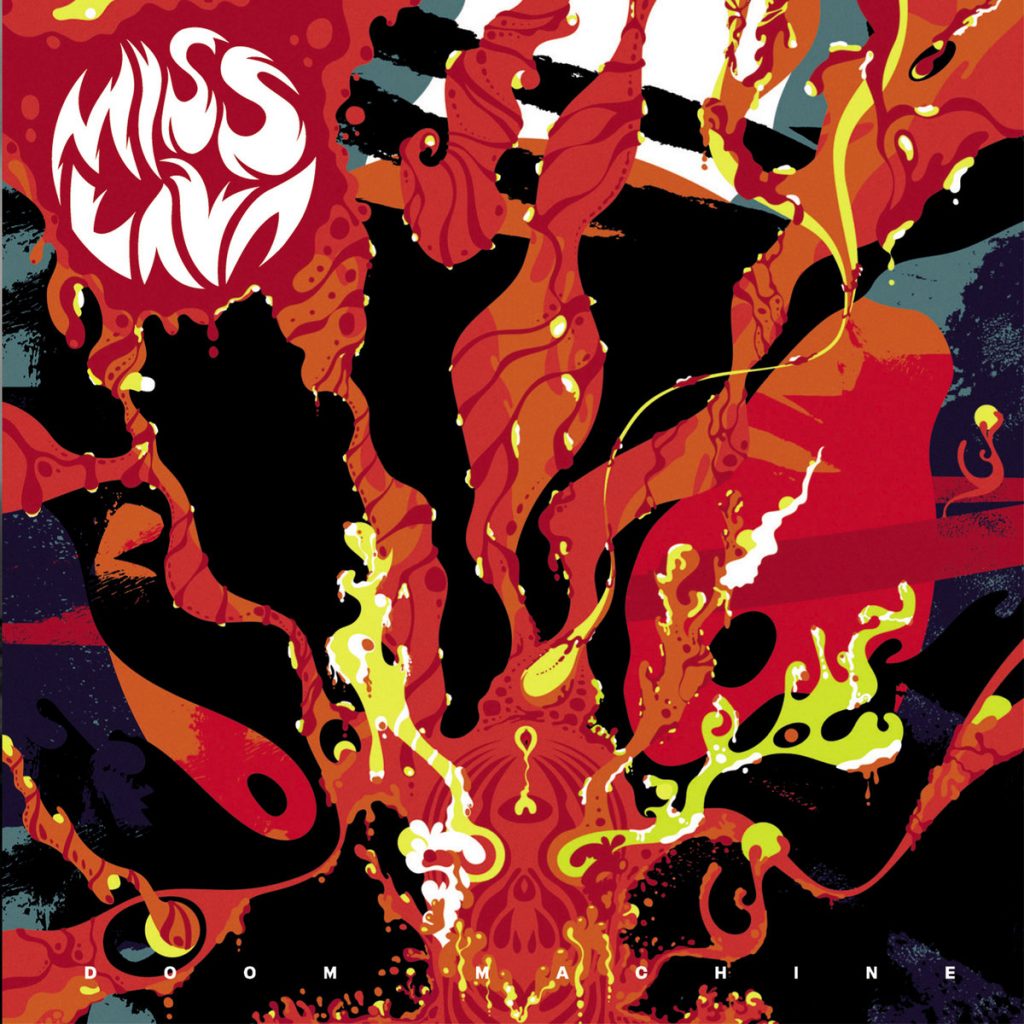 “The lyrics were inspired by a documentary called Sunshine Makers, where some of the first LSD makers wanted to offer LSD to everyone in order to end wars. Of course, things turned out differently and out of control. A bit like the world we live in nowadays.” states singer Johnny Lee.

“The lyrics were inspired by a documentary called Sunshine Makers, where some of the first LSD makers wanted to offer LSD to everyone in order to end wars,” notes Miss Lava vocalist Johnny Lee. “Of course, things turned out differently and out of control; a bit like the world we live in nowadays.”

Writes BrooklynVegan, “It’s as heavy as it is melodic as it is psychedelic, and if you’re unfamiliar with Miss Lava but into anything from Blue Cheer to Uncle Acid to King Gizzard, you should check this out.”

View the band’s previously released video for »Fourth Dimension« and »The Great Divide« below.

Captured live at Generator Music Studios in Sintra, Portugal by Miguel “Veg” Marques, the band’s fourth album stands as their densest output to date soaked in kaleidoscopic riffing and hypnotic interludes. A multi-textured, mind-bending audio excursion, »Doom Machine« carries with it the warmth and soul of a band full of fresh vigor and perhaps the demons of these tumultuous times.

»Doom Machine« is out now on CD and digitally via Small Stone with Kozmik Artifactz handling a limited vinyl edition. Find ordering options at THIS LOCATION where the record can be streaming in full.

The record is loosely focused on the tragic death of guitarist K. Raffah’s infant son and the other members’ children born during the creative process. “»Doom Machine« is a very emotional experience for us…,” Raffah shares. “[My son] was only here for a month and a half, but his light was very bright. We feel his presence every time.”

“…the first essential stoner metal release of 2021.” – Outlaws Of The Sun

“»Doom Machine« was borne out of a duality of existence, blessed with the burden of life and wracked by the loss of it. It represents the beating heart as much as the ash it will inevitably turn to. Miss Lava feels profoundly primal with their execution of stoner rock, running hot and unchained like a volcanic eruption.” – Everything Is Noise

“Talk about accuracy in a description. Small Stone Records heralds ‘the finest in fuzz since 1995,’ and this new album from Lisbon, Portugal, doom groovers Miss Lava more than delivers with killer tracks such as ‘Fourth Dimension’… With plenty of retro feel married to some pretty surprising turns — the short instrumental pauses are all oozing psychedelic echo — this is music for fans of Dessert Session-style buzz.” – Vancouver Sun

“The energy with which the songs are delivered is only part of the album’s personality, because the CD version comes with a whopping fifteen tracks running a total of fifty-six minutes, as the returning four-piece … tear into one hook after the other, careening with desert-inspired purpose through ‘Fourth Dimension’ and ‘In The Mire’ at the outset like an all-grown-up Kyuss with the rest of the album that follows working in different stages set off by interludes, groups of one or two songs complemented by short pieces of varied atmosphere that lend breadth to the proceedings as a whole.” – The Obelisk

“…a bold new album that’s every bit as fueled by the RAWK as Sonic Debris is. ‘Fourth Dimension’ is the perfect reintroduction into the world of Miss Lava with odes to the best bits of early Queens Of The Stone Age (that sweet spot between the rawness of their first and slick production of their third) with vocalist Johnny Lee’s bluesy pipes setting the outfit apart from other contemporaries as K. Raffah’s intricate riffage builds a sonic wall that grows and grows throughout »Doom Machine«.” – Rock ‘N’ Roll Fables

“…if you’re looking to have a balanced stoner album to begin the year that includes some beautiful and captivating melodies, Miss Lava is a great way to start. Make sure you blast this album loud and proud, it’ll surely stay in your brain for a while” – Ghost Cult

“…a bouncy slab of desert flavored stoner rock right in line with the lies of Fu Manchu or Kyuss.” – Void Dispatch