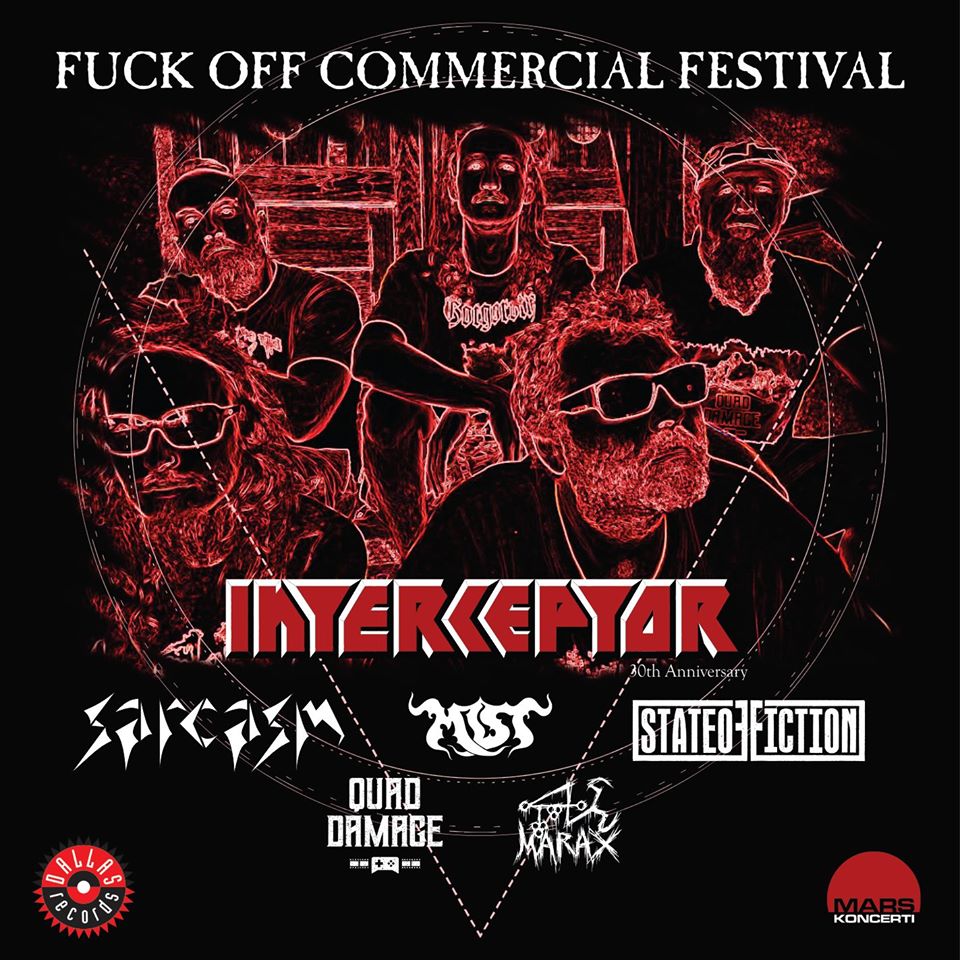 Ljubljana, Slovenia based doom metal band Mist is featured on »Fuck Off Commercial Festival« sampler, which just dropped to promote the upcoming edition of this cult metal festival.

Mist contributes two songs – »The Offering« and »Disembody Me« – taken from their debut full-lenght album, »Free Me Of The Sun«, released in 2018 via Soulseller Records. The album was recorded, produced and mixed by Benjamin Kic, and mastered by Patrick W. Engel (Candlemass, Pentagram, Darkthrone, Exodus).

Beside Mist, the sampler also features Slovenian metal legends Sarcasm and graveyard metal veterans Interceptor, followed by some new names, such as State Of Fiction, Marax and Quad Damage.

Fuck Off Commercial Festival was supposed to happen in Orto Bar, Ljubljana in April and is postponed to December 11th, but due to the Covid-19 measures the fate of this event remains uncertain at this moment.

The oldest Slovenian metal festival, which was born in 1988 and got its sequels in the years ’89, ’90, ’91, ’94, ’98, ’07, ’09, ’13 and ’18, wasn’t just one of many shows. In its musical as well as ideological guidelines, it was very different from numerous of “folk” and fire-fighting festivities. Žalec, as the cultural center of the Savinja Valley, then unknowingly took an important step forward.

Traditional and generally recognized culture gained its opposition, or so-called subculture, in the case of Fuck Off Commercial Festival, *counterculture*. The emergence of opposition to culture means progress, not only of the subculture, but of culture as a whole.

As the first organizers and pioneers of metal music, Epidemic Zone appeared in Žalec. Their work was closely connected with the global rise of this musical genre and was highly respected throughout the former Yugoslavia as well.

This year’s edition of this cult festival will be something special, as the legendary Slovenian heavy metal champions Interceptor, who have left an indelible mark on the Slovenian music scene, will reunite for their 30th anniversary.