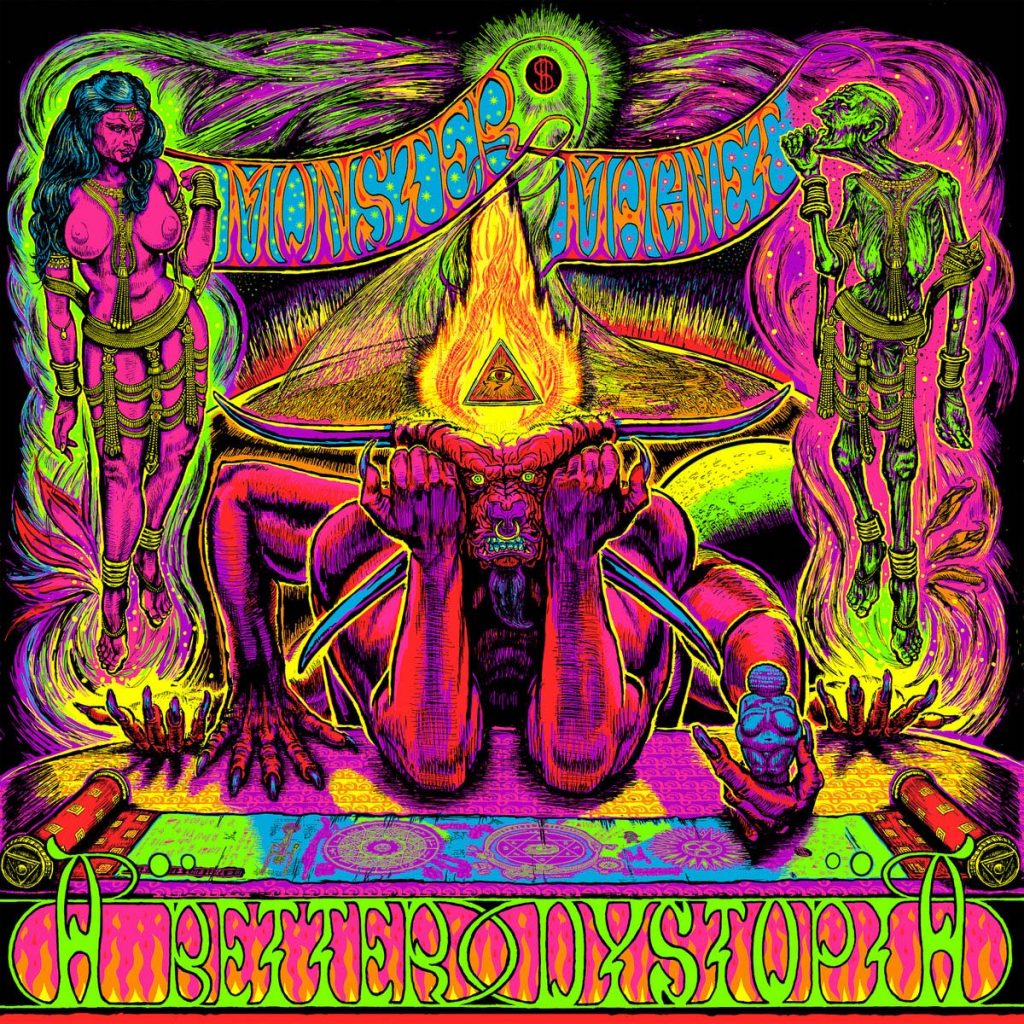 Mastermind Dave Wyndorf on the track: “I’m psyched to unleash our version of »Motorcycle (Straight To Hell)«. Table Scraps are a truly great band and prove again and again that garage punk fury lives!”

Napalm Records is pleased to present the next chapter in psychedelic rock icons Monster Magnet’s rabbit hole deep dive, »A Better Dystopia«: a delightfully (and psychotically) curated collection of 60’s and 70’s proto-metal and late-era psych obscurities covered by the heavy New Jersey legends themselves. »A Better Dystopia« sees the band pay homage to some of their favorite songs of all time, while reflecting on the paranoia, dystopia and revolution of both now – and then.

Before the release of »A Better Dystopia« this Friday, the MAGNET gives you one more chance to check out a blistering cover version of a classic track. Check out the video for Dave Wyndorf’s take on »Motorcycle (Straight To Hell)«!

Dave Wyndorf says about the birth of »A Better Dystopia«: “We all agreed that we would be bored out of our minds within a month of lockdown. Monster Magnet loves the road. It’s a lifestyle. So, I considered our options. Rather than panhandle on the internet, hawking masks and Zoom-rocking practice sessions for dollars, I suggested we record a “bunker record”. A total DIY affair (band only) recorded and mixed in Bob Pantella’s small but potent Freak Shop Studios/rehearsal space right here in New Jersey. But what to record?

I didn’t feel much like writing, but working on anything was better than watching the news as hospitals filled up, people died, and American politics went bat-shit crazy. The world roared “Dystopia! Apocalypse! Revolution!”. I’d heard those words before, and they brought to mind my childhood in the late 60’s/early 70’s… and the music… and short playlist of songs (just one of many) that I’d been carrying around with me on my whatever device to listen to before shows. Of course, these tunes have also been in my head for more or less my whole life. These were not the popular hits of the time. This was like a playlist from the 4th dimension… strange bits of musical obscurity, mostly dredged up from that inglorious and freaky “twilight zone” time that preceded arena rock, heavy metal, reggae and disco. A no-man’s land of hard rock that still had remnants of psychedelia and garage punk but had abandoned any notion of “flower power” or frat house fun. And of course, they rocked. Yeah, these songs were it.” 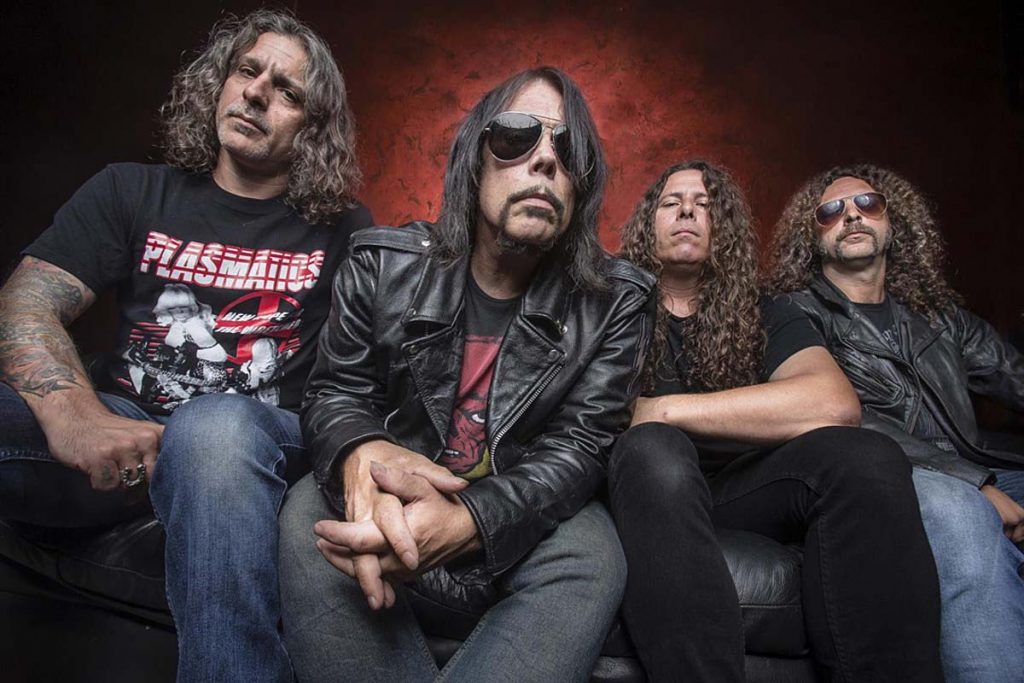 Wyndorf is at the top of his game on »A Better Dystopia«, delivering each lyric in his own inimitable style, and musicians Phil Caivano, Bob Pantella, Garrett Sweeney and Alec Morton own the sound – vintage and old school, dense and heavy, with searing fuzz leads and pounding bass and drums all played in a deft style that’s almost been lost in modern music. The album opens with »The Diamond Mine«, as Dave Wyndorf recites a classic monologue by Dave Diamond, an American radio DJ whose programs in the late 60’s and early 70’s helped popularize many psychedelic and acid rock bands. At this point the real trip begins, as the opening chords of the Hawkwind classic »Born To Go« gear up for launch. Tracks like standout »Mr. Destroyer« (Poo-Bah) spur visions of some untold Freak revolution – or perhaps dinosaurs battling on a burning planet at the end of time – creating a perfect blend of hard rock and psychedelia. Feverish »Motorcycle (Straight To Hell)« (Table Scraps) is pure punk fury of the old school tradition, evoking a cross between Iggy Pop and Motörhead as Wyndorf wails “I’m gonna drive it straight to HELL!” Falling even further down the mind-bending rabbit hole, Magnet offers their stunning, whirlwind take on the often-overlooked hard rock classic »Learning To Die« (Dust) and a masterful version the Stooges meets Goth epic, »Solid Gold Hell« (The Scientists). The album closes with a bonus nuclear cover of Morgen’s »Welcome To The Void«, inviting you to restart the ride again and again.