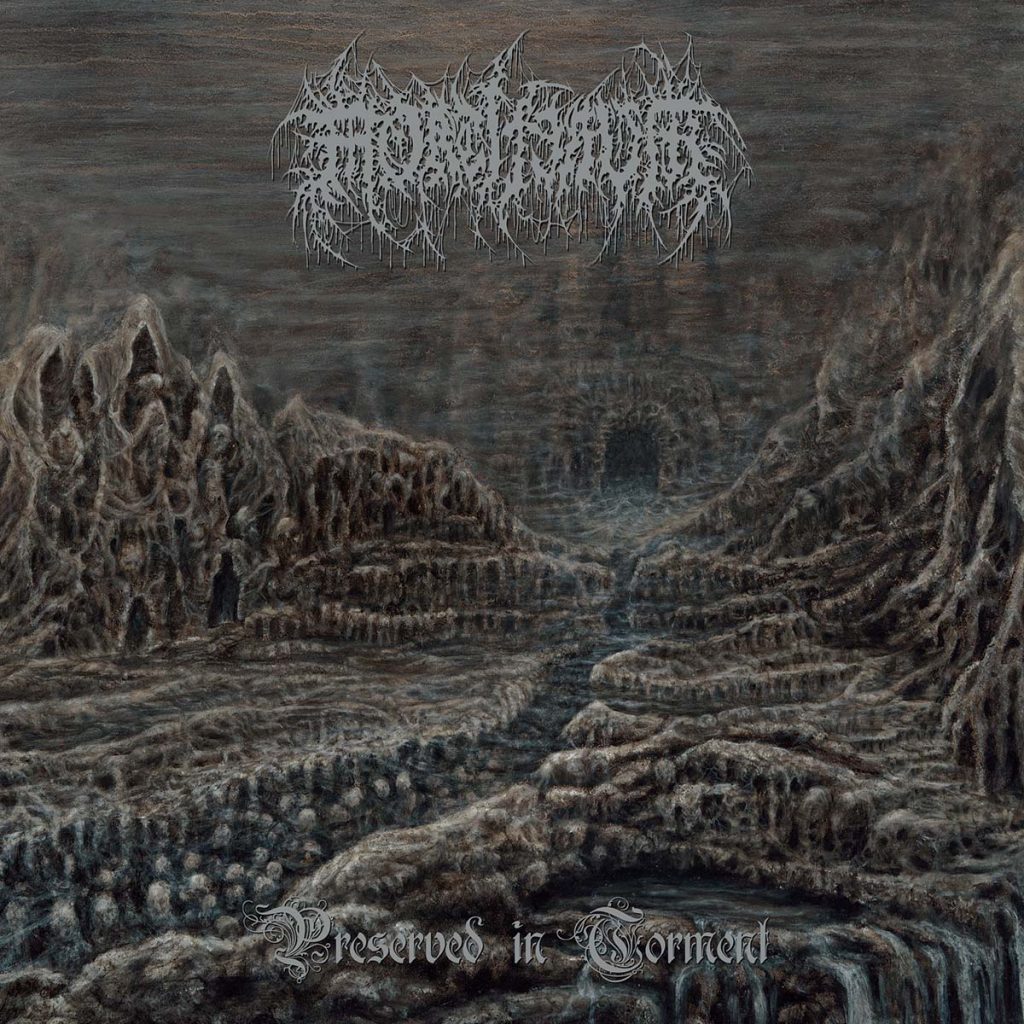 The band comments: “We’re proud to announce our sophomore full-length album, »Preserved In Torment«. The first single, »Eternal Procession« is available on all streaming formats now.”

On their sophomore album »Preserved In Torment«, Olympia WA’s doomed death metal unit Mortiferum push their penchant for dark, depraved, and disgusting dirges even further out into the periphery. Picking up where they left off with their Profound Lore debut »Disgorged From Psychotic Depths«, Mortiferum continue to mine the poisonous quagmire of classic American death metal, the warped visions of Finnish death metal, and the suffocating lurch of funeral doom for inspiration, but the resulting six tracks on »Preserved In Torment« operate on a larger scale, both in musical scope and in sheer crushing weight.

Recorded over the span of twelve days at Soundhouse in Seattle WA with Andrew Oswald at the engineering/mixing helm, »Preserved In Torment« finds Mortiferum expanding on the ominous atmospherics of their past work while simultaneously pushing and refining their work into even more vile and oppressive sonic territories. From the moment the album opens with »Eternal Procession«, the listener is laid to waste with the band’s monolithic siege, with impossibly heavy riffs and relentless mid-tempo drum barrages creating the aural equivalent of being trampled beneath the hooves of some unstoppable army. Mortiferum don’t shy away from long-form songwriting on »Preserved In Torment«, yet the band doesn’t waste a note in crafting their epic assaults. The eight-minute opus »Incubus Of Bloodstained Visions« harnesses all of the band’s cataclysmic impulses even as they display an increased capacity for wretched harmonies, dynamic tempo shifts, and nimble fretwork, resulting in a composition that taps into prog rock ambitions without succumbing to the clinical perfectionism of progressive death metal virtuosos. They reassert their integrated devotion to both putrid riffs and foul melodicism on »Caudex Of Flesh«, where troglodyte death metal impulses merge with the chasmic doom of classic Cathedral. 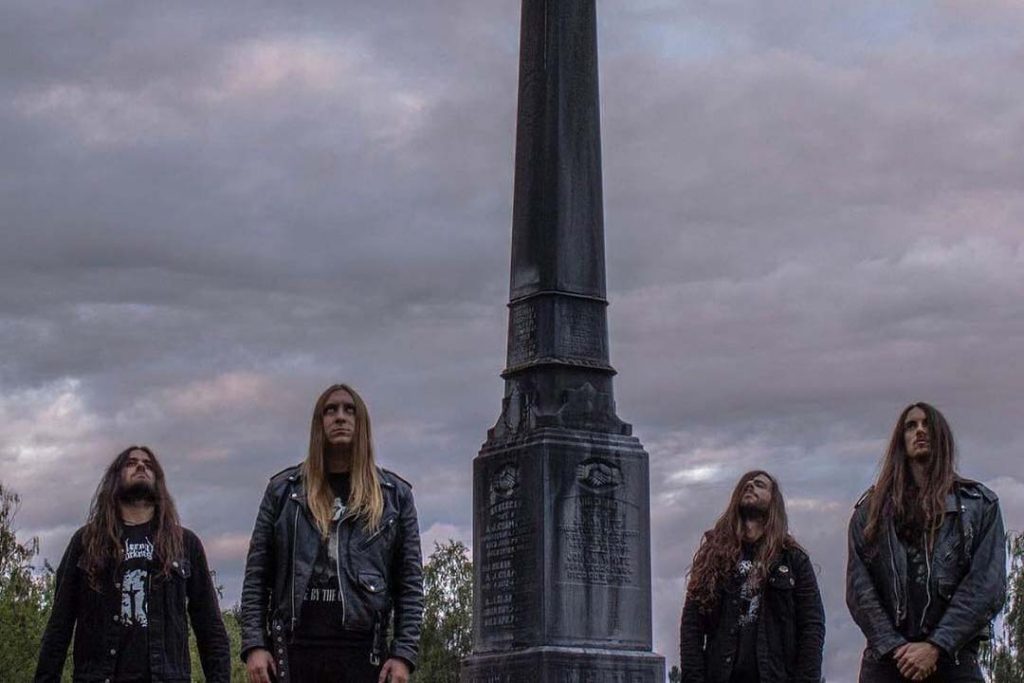 With guitarist/vocalist Max Bowman and guitarist Chase Slaker having cut their teeth in the death/grind outfit Bone Sickness and drummer Alex Mody having played in funeral doom group Ēōs, it only follows that Mortiferum would find a way to fuse their musical roots into a cohesive hybrid of grotesque savagery and glacial mass. While some credit must be paid to pioneers like Rippikoulu and Disembowelment, the band sees their sound as less indebted to past attempts at crosspollinating these disparate approaches and more as a result of organic gut-level intuition and a natural inclination towards musical experimentation. In a nod to the Pacific Northwest’s esteemed history of low-tuned slow-hand sludge, bassist Tony Wolfe further expands the group’s sound with thick slabs of gut-churning distorted bass. Paired with the continued cover art painting by Chase Slaker, Mortiferum create an all-encompassing sense of dread and morbidity that is distinctly their own.

The new Mortiferum album »Preserved In Torment« will be released Nov 5th on CD/LP/Digital/Tape.

Pre-orders for all formats and new track here: https://linktr.ee/mortiferum