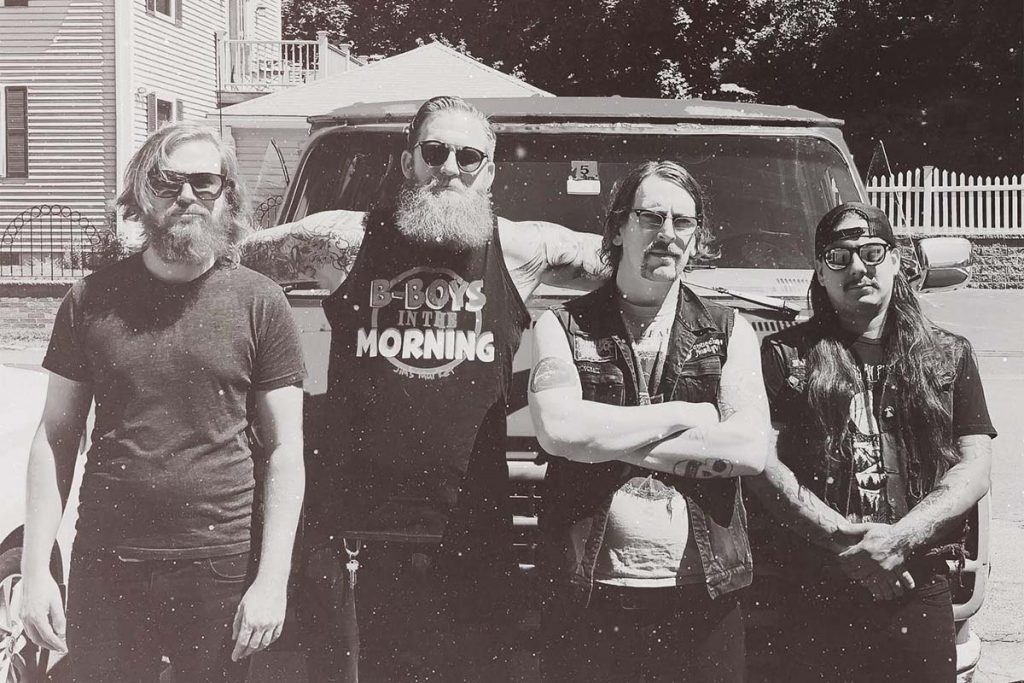 2020, the year everything stopped. With a years worth of touring canceled, Mother Iron Horse set out to create their first visual representation for their new single »Old Man Satan«, which will appear on their sophomore album »Under The Blood Moon«. The band finds themselves checking out a new location for their studio in Salem. After ingesting hallucinogenics, the band realizes that this is no ordinary location.