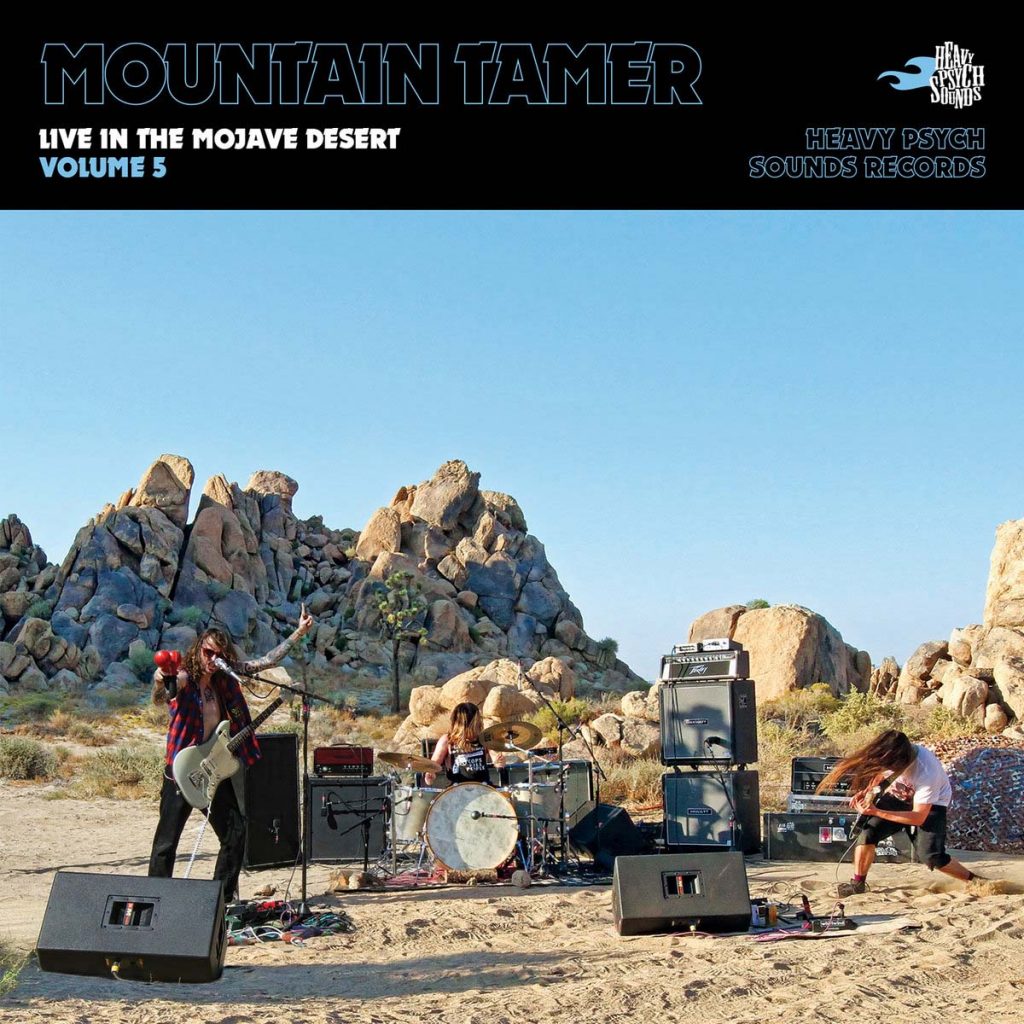 »Live In The Mojave Desert« is a livestream concert film series created deep in the deep sand and huge boulders of some insanely beautiful California wilderness, with performances from Earthless, Nebula, Spirit Mother, Mountain Tamer, and Stöner (a new band by Brant Bjork and Nick Oliveri).

Each concert film is presented in a world-premiere, 1080p HD livestream event and will become a live album. Rad music, good times, psychedelic positive vibez in the desert.

»Live In The Mojave Desert« was inspired by Pink Floyd’s Live at Pompeii. A few of our favorite bands – new and legendary artists – with the Mad Alchemy Liquid Light Show to light up a huge double pyramid of boulders. Recorded in 24 track ProTools. 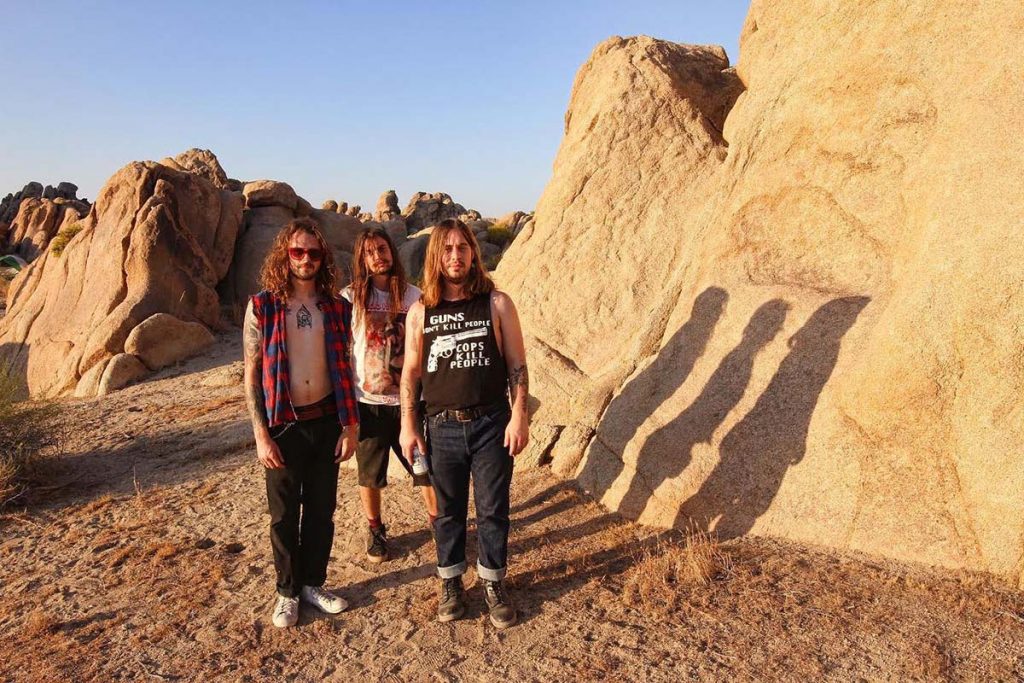 Mountain Tamer takes the expansive vision of pure psychedelia and pares it down through the brooding and focused lens of doom and stoner rock. Guitarist/vocalist Andrew Hall, drummer Casey Garcia and bassist Dave Teget, formed their signature fusion of heavy psych rock in 2011 just outside of San Francisco. Now based in Los Angeles, Mountain Tamer’s cult following is built on their DIY ethics, inimitable songwriting, and in your face live performances. After self-releasing several demos, the band released their self-titled debut album in 2016 on Argonauta Records. Mountain Tamer toured heavily following the release, playing with notable acts along the way such as Fatso Jetson, Weedeater and Dead Meadow. In 2018, Mountain Tamer teamed with Magnetic Eye and Nasoni Records to release their sophomore album, »Godfortune // Dark Matters« to critical acclaim for its unique approach and genre bending aesthetics. The band rode this success to a full US tour and appearances at SXSW in 2019. The band quickly followed up in 2020 with their third album »Psychosis Ritual« and single »Death In The Woods«, which quickly become a fan favorite.