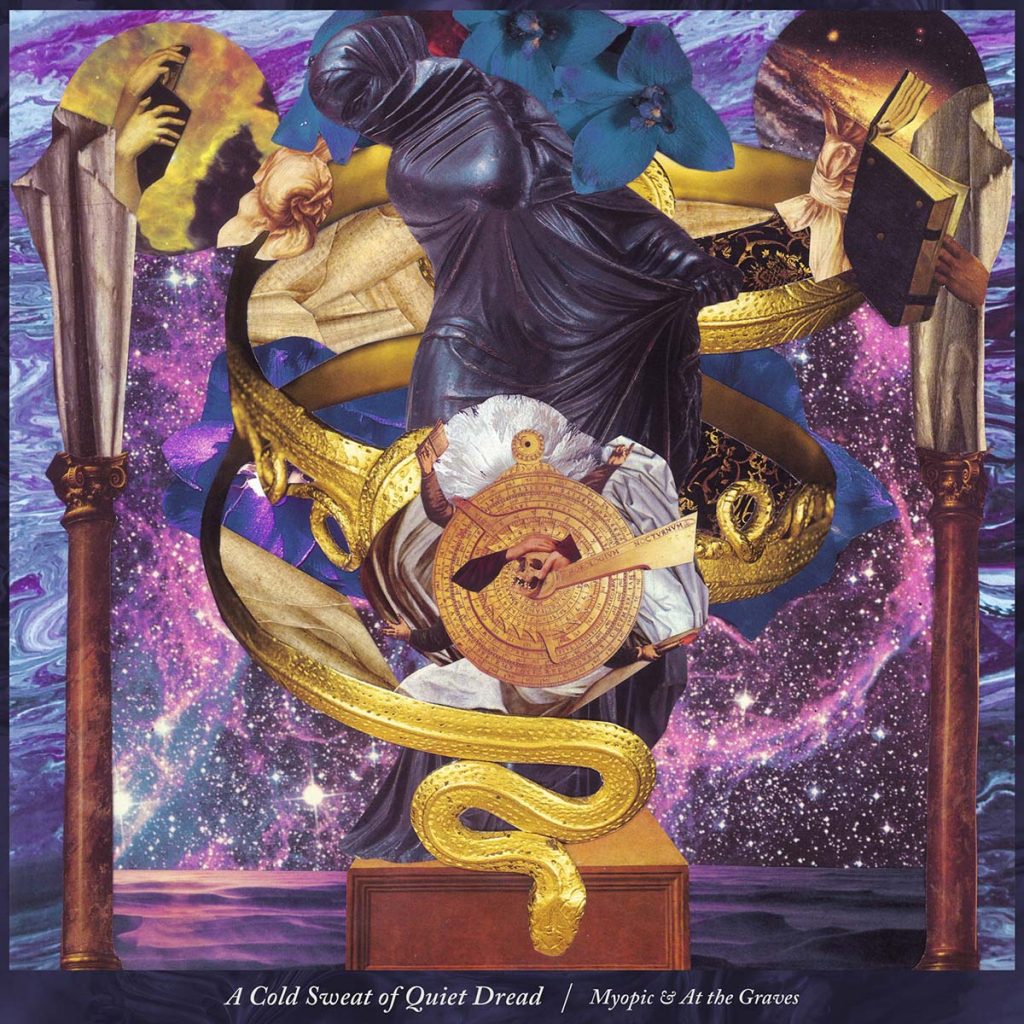 Myopic and At The Graves have just released their collaborative full-length album, »A Cold Sweat Of Quiet Dread«, on March 12th, 2021 via Grimoire Records.

Washington, DC-based progressive doom trio Myopic and Baltimore, Maryland-based one-man doom/sludge project At The Graves are pleased to undrape their »Oppressive Ruminations« video. Now playing at Distorted Sound, the track comes by way of »A Cold Sweat Of Quiet Dread«, a collaborative full-length set for release on March 12th via Grimoire Records.

Myopic and At The Graves met in 2013 at the Velvet Lounge in Washington, DC, and have since gigged together frequently. Having become good friends and sharing similar musical interests, the two bands have talked about uniting for a singular project for years. In 2019, the idea came to fruition with the six-track »A Cold Sweat Of Quiet Dread«.

The »Oppressive Ruminations« video was shot and edited by At The Graves’ Ben Price during the recording of the record. Notes Price, “This was one of the first songs we worked on. I remember this making me feel like I had a lot of work to do as a guitarist in order to find my place within Myopic and also maintain the At The Graves mood. I’m very happy with how it came out in the end, though.”

Adds Myopic bassist/vocalist Nick Leonard, “This was one of the few songs we had mostly finished writing before bringing in Ben. It’s the most straight-ahead song with no tempo changes or huge mood shifts. Before adding Ben’s parts, it had a more ordinary black metal feel, but he really added a lot of cool dissonance and extra melody that we hadn’t planned for but really liked. It really shows the power of our collaboration.” 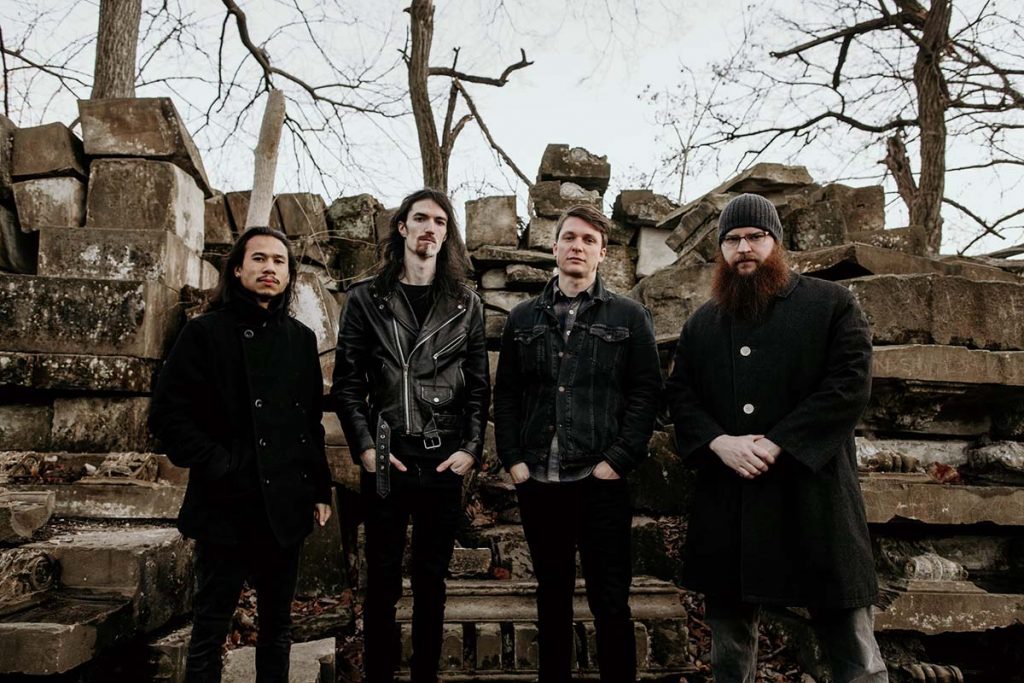 Forged in 2010, Myopic released a blackened death metal demo in 2011, followed by their »Vacuous« EP in 2013, which showcased a darker, slower, and more introspective direction for the band. The band joined forces with Grimoire Records a year later for the release of the »Beyond The Mirror’s Edge« EP which Brooklyn Vegan crowned, “stern but thoroughly un-kvlt American black metal”, praising its production and unconventional songwriting. A split release with Appalachian black metallers Torrid Husk – »Crawling Mountain Apogee« – would emerge later that year where Myopic continued their progression towards slower, longer, and more sprawling compositions. Bordering on concept album territory, their approach received critical acclaim nationally with Invisible Oranges writing, “a band that can tie a story together without relying on their scream is a band worth your time.” Myopic released their self-titled full-length in 2018. Championed Svbterranean, “With over fifty minutes at their disposal, Myopic deliver multifaceted compositions that weave elements of black, death, progressive and post-metal into a dynamic and destructive sound.”

Ben Price (Immiseration, Elagabalus, Foehammer, Textile, ex-Revolta, ex-Xozo) has been playing music under the name At The Graves with various other members fulfilling band duties since 2009. Formed out of the desire to play guitar and a slower and more emotionally deep form of music, Price has been operating as a one-man-band since the release of 2016 full-length, »Cold And True« which Outlaws Of The Sun called, “a harsh and desolate cold as hell experience with the music instantly you drawing in.” Influenced by the likes of Neurosis, Godflesh, My Bloody Valentine, and Nirvana, At The Graves’ live performances heavily leverage the use of looper pedals, backing tracks and a live percussion set-up consisting of rack mounted toms and cymbals.

At The Graves is:
Ben Price – Guitars, Vocals, Drums

“…a crushing sludge song with flashes of black metal fury and hardcore attitude.” – BrooklynVegan on »Through Veins Of Shared Blood«