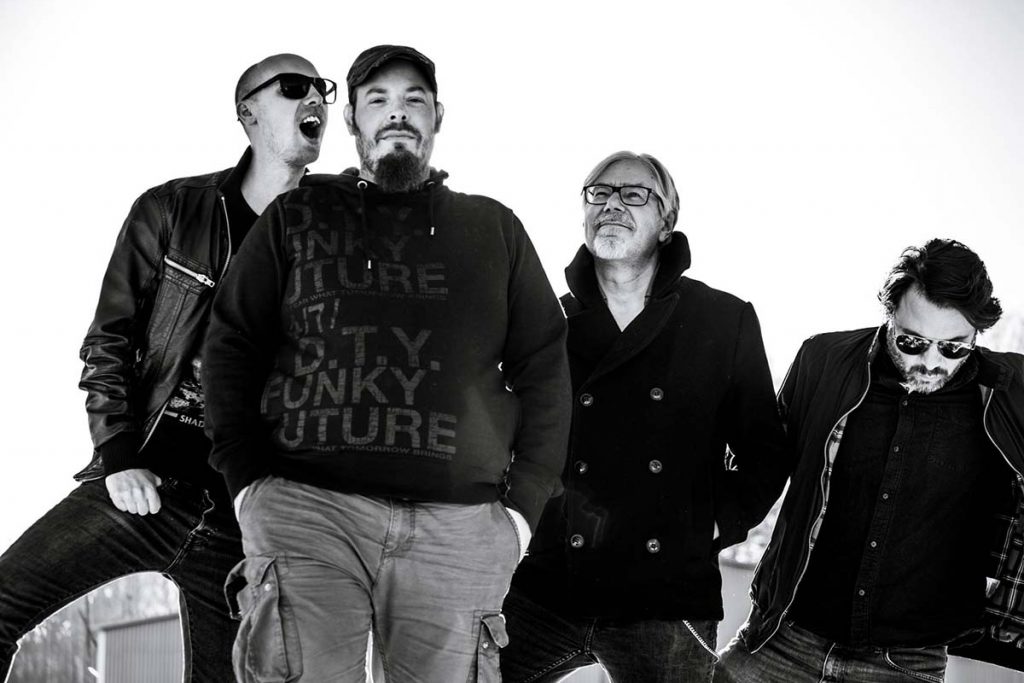 Says the band: “We, the merry men of the joyful musical ensemble of New Mexican Doom Cult, are very glad and boisterus to announce that we (said orchestra) have been signed to not one but two labels – Ozium Records and Majestic Mountain Records. In order not to betray their trust we are now obliged to make the best and most fuzz saturated stoner and doom album the world has ever heard.”

New Mexican Doom Cult just released their latest EP »The Mark Of Cain« on May 13th, 2021, which is available now on all major streaming platforms. Recorded, mixed and mastered by Jonas Strömberg at Slowbeat Studios, Gävle.

The band New Mexican Doom Cult first saw the light of day in the outskirts of the small town of Gävle in the far north of Sweden. A cold and lonely place, were the merciless winds blow from the Baltic Sea, making it an ideal place for what the people of the North call Långsamrock.

“We should form a band based on obsession for fuzz, manliness and bromance,” said Nils, the wisest of them.