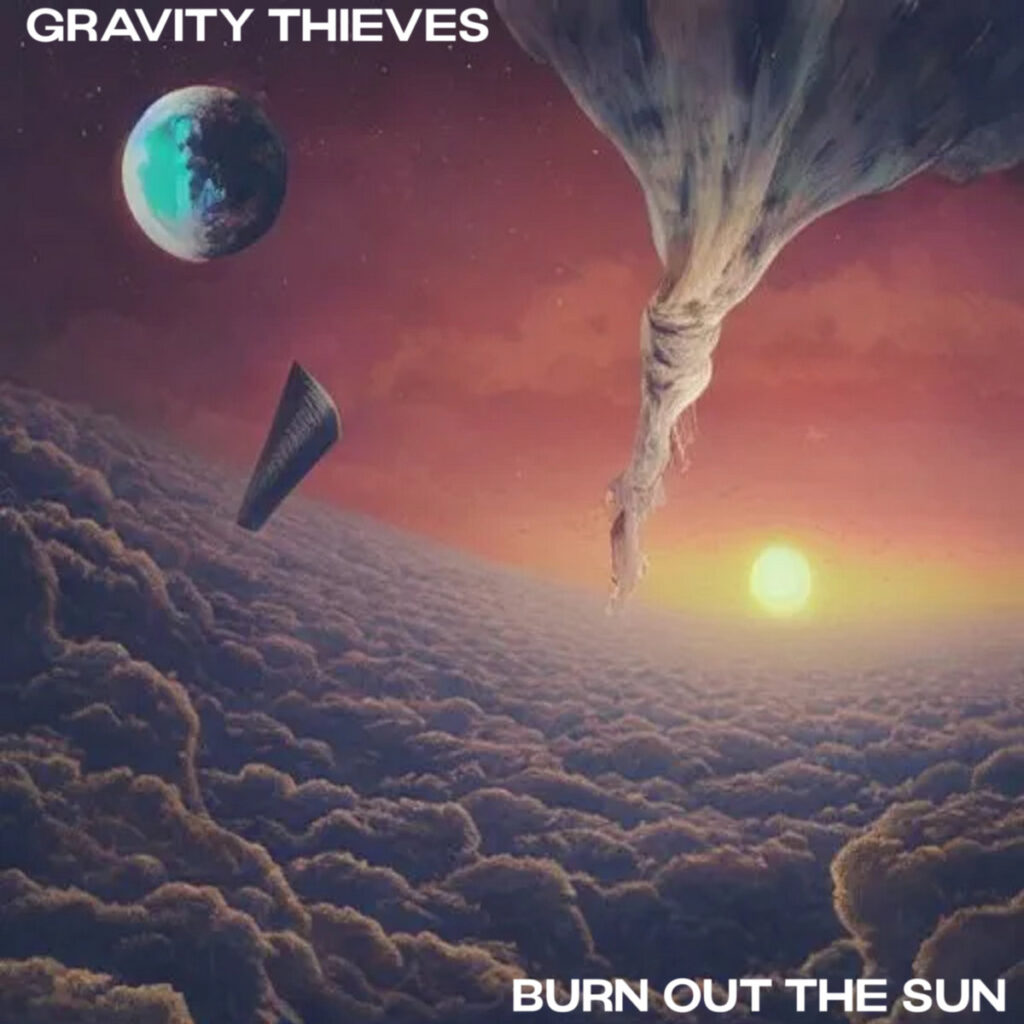 »Burn Out The Sun« is available now on Bandcamp and coming to all other streaming and digital platforms on September 9th, 2022.

A twisting, turning mixture of post-metal, sludge, doom and gaze genres focused on making heavy riffs. Weight and texture take precedent and the music is often like the best bbq – low and slow. Full of effects laden tones and nasty fuzzes moving together as one gigantic beast while at other times layers of sparkling guitars float around in total dream like states and never lose the groove.

“Gravity Thieves is a one man project to serve as an outlet for Johnny Dadabo (Old Bones, Witches) to create in a less traditional way of songwriting. Noise, drones,and texture all play as important a role as melody and rhythm within these songs. »Burn Out The Sun« serves as a surprise debut release of sorts, made up of demos originally intended for his other band, but quickly grew into something that stands on its own, separate and unique. Gravity Thieves hails from Long Island, New York but was written during the last few months living in Philadelphia prior to moving back and reforming Old Bones. Taking inspiration for all sorts of music, its easy to spot the influence of Exemption, Old Man Gloom, Isis, and of course fellow instrumental bands Russian Circles and Pelican.

Released on 8/29/22, »Burn Out The Sun« reflects the Gravity Thieves ethos well. More focused on the vibe and flow rather than the pinpoint accuracy and the cut and paste tightness of many modern heavy bands, »Burn Out The Sun« is full of improvised and flawed first takes in an attempt to make the music sound as alive as possible with one person handling all of the instruments. Hypnotizing leads lay on top of pounding, sludgy low tuned guitars while the bass and drums work to suck all air out of the room. Fuzzes, delays and swirling effects spin around and around while riff after riff combine aspects of doom, stoner rock and post-metal. And underneath it lies the one common theme between the music and images, the loneliness, beauty, and cold truths of what lies beyond our skies in the stars and space.

»Burn Out The Sun« is the debut release made up of 6 songs, released on 8.29.22 on Bandcamp and coming to all other streaming and digital platforms on 9.9.22.It is released as a part of Rocketsauce Records, a collection of music from a few like minded individuals spanning several different musical styles and projects. A second EP is already in process and should be released within the new few months if not weeks. All writing, instrumentation, recording, mixing, and visuals are created by Johnny Dadabo.” — Weedian