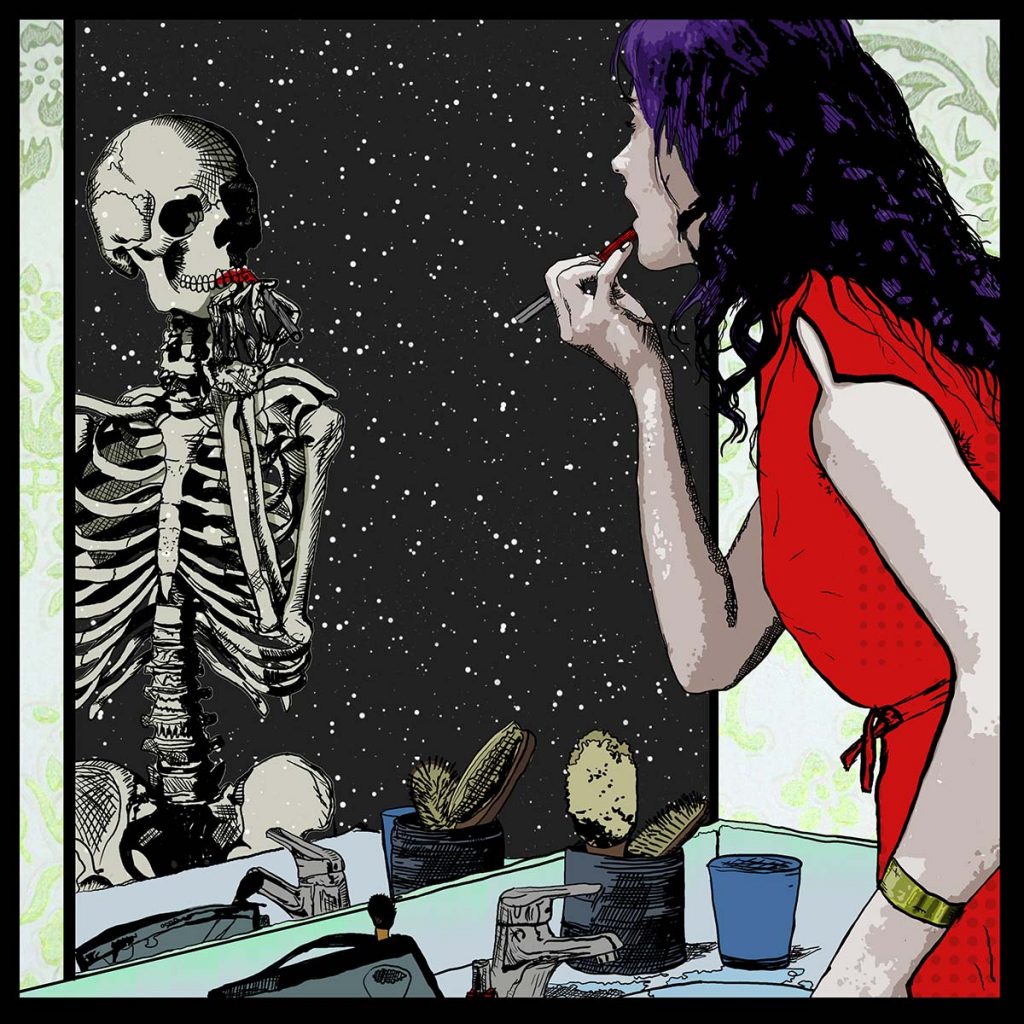 Two of the most exciting bands in Ohio’s underground scene, Ghost:Hello and Night Goat, have announced that they will release a split EP on December 1st. Each band contributes three tracks to this banger, with Ghost:Hello showcasing their grunge-inspired space rock and Night Goat responding with their aggressive noise offerings.

Don’t miss this release, a perfect example of two contrasting but complementary sounds coming together to create a standout listening experience. 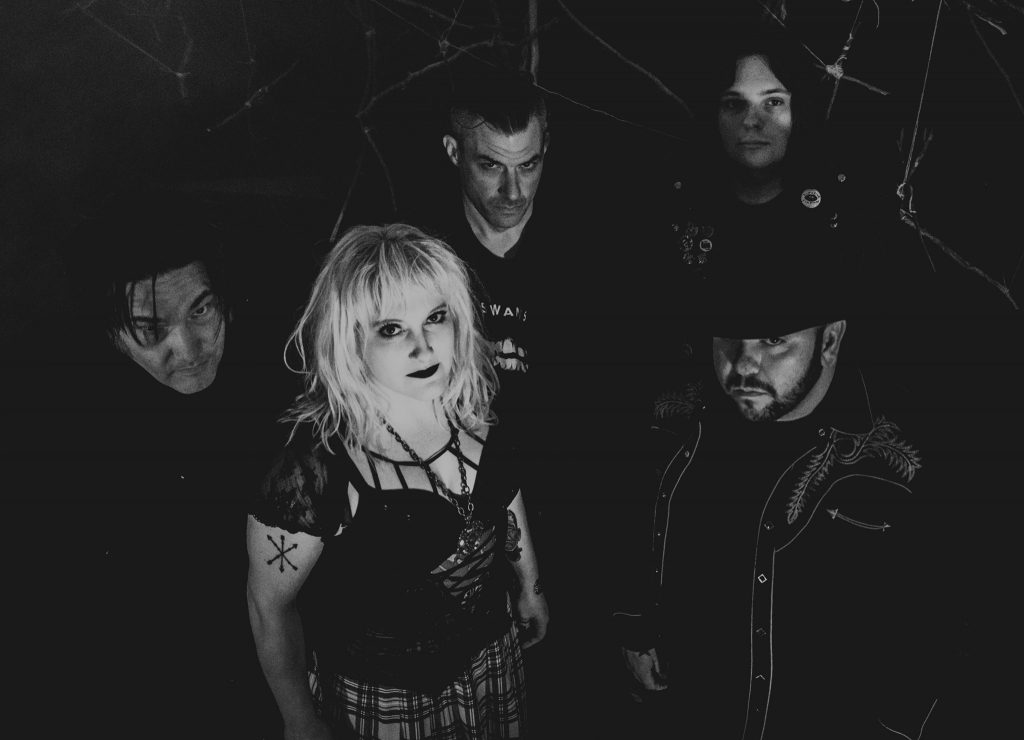 Everyone has a band that they can put on to blow the cobwebs out. Night Goat are set to be that next band. Dealing in scuzzy, fuzzy noise-rock, the quartet released their scorching debut »Milk« in late December 2019, having already made a name for themselves in their native Ohio by opening for Cherubs and playing with diverse bands like Whores, Low Dose, False Gods, and Backwoods Payback. The band draw from the highlights of early nineties Amphetamine Reptile and Touch & Go Records – echoes of Unsane, The Jesus Lizard and Helmet all make appearances.

Front and center is Julia Bentley and her ferocious vocals. The lyrics are as dark as they should be for this style of music (“Feel the beat of a ruptured heart/My axe… your ribcage”), and her delivery is as twisted as her choice of words. The crunch of her husband’s guitar is a fitting accompaniment, as Chris barrels his way through gnarly riffs, head-spinning noise, and bellowing backing vocals. Dalin Jones, Donnie Casey, and Mike Pavia bring thundering rhythms and raging noise to the table in honor of bands like Tad and the Melvins.
The overall sensation is overwhelming, a cacophony of noisy riffs and distorted screams – just the way noise rock should be. This is one goat that is not to be messed with. 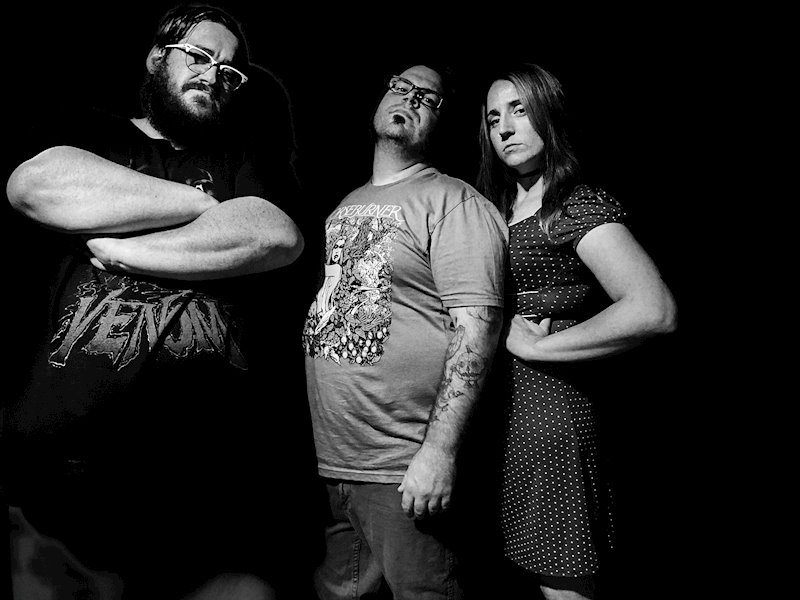 Ghost:Hello is a synthed up stoner rock family affair from Northeast Ohio. Made up of husband/wife duo Nina Skok and Will Jennings and their longtime friend Pat Delagrange, the all three have been playing in DIY bands for decades. (Recordings to date feature former drummer Joe Kidd.) Bringing in all sorts of unorthodox elements into their fuzz rock assault, this three piece counterbalances stoner sludge with trip hop grooves.

Following the release of their fall 2019 record »The Sound Of Color In Space«, it seems like Ghost:Hello are set to take on bold new vistas. Having played around the Midwest since 2013, the local crowd is hungry for what they are about to deliver. A band who are no stranger to hard work, and who constantly push to innovate, Ghost:Hello are a breath of fresh air in a crowded scene!