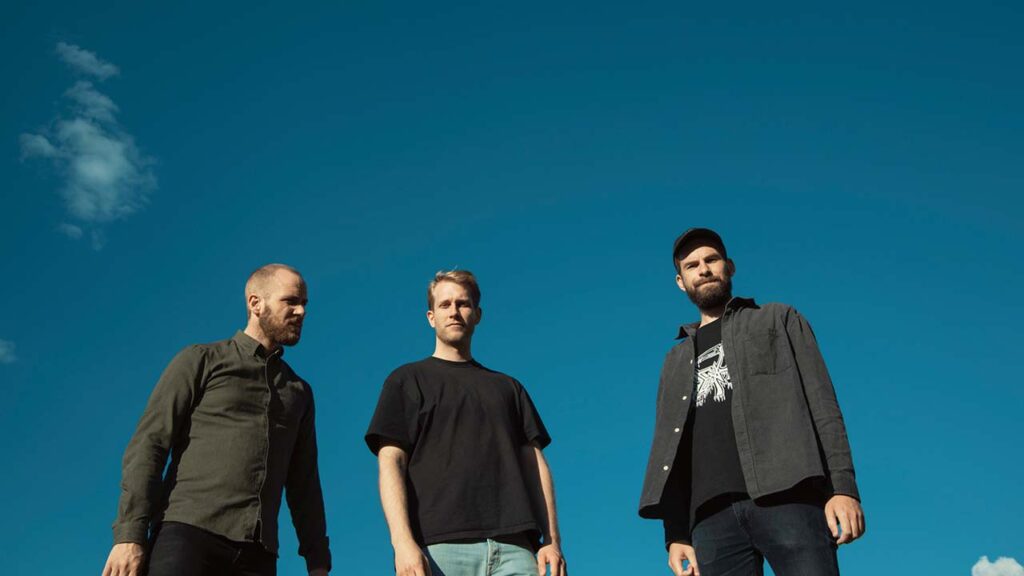 Norwegian post-rockers Astrosaur have released two parts of studio documentary about recording their forthcoming album, »Portals«, which will see the light on November 18th, 2022 via Pelagic Records.

Those videos are put together by the band with their own footage from the studio sessions in October 2021.

With their third full-length album, Astrosaur have delivered an incredibly diverse and musically challenging and satisfying experience, showing that this band is greater than the sum of its truly great parts. Over the course of five tracks and 48 minutes, the band use the best traits of the aforementioned genres to take you on a sonic journey into the deepest caverns of space and time.

Somewhere between the late 1990s and the early 2010s, the riff largely disappeared from mainstream rock & pop. Its transformative power – the rif as a means to transport the listener into another dimension – became an art cherished only in the underground of rock and metal. One of the strong proponents of that transformative power is Astrosaur, an overlooked gem in the international heavy psyche rock and post-metal scene. The Norwegian power trio has been employing the rif as their principal mode of transport since their 2017 debut album »Fade In // Space Out«. Now, with the release of their third album »Portals«, Astrosaur are sounding more expansive and convincing than ever, delivering an intuitive exploration of the infnite powered by soaring guitars and surging grooves.

“When we started out, the idea for the band was to explore heavy instrumental rock music within the format of the power trio. We wanted to create music to lose oneself in, music that provides a break from reality and carries you away”, explains main- songwriter Eirik Kråkenes about the origins of the band. In Astrosaur, the Norwegian session guitarist (who played live with Leprous and Ihsahn) is joined by bassist Steinar Glas (Einar Stray Orchestra) and drummer Jonathan Eikum (Taiga Woods). Combining recognisable elements from many genres such as post-rock, doom metal, psychedelic rock, and progressive metal, Astrosaur have been described by Metalsucks as “the next great post-metal band” – and »Portals« proves that these words are very much true.

“The title »Portals« comes from a fascination with the concept of time and theories of the multiverse,” continues Kråkenes, philosophising about the origin of these songs. “Some say that if time and space are infnite and our universe is just one of endless universes in an infnite multiverse, every possible event will happen an infnite number of times. What would these parallel universes and alternate timelines look like?” Indeed, the world of »Portals« seems to contemplate an endless number of possibilities and an infnite number of aspects. Its huge sound and break-neck speed rifs envisage a frantic race to the farthest edges of the universe, while the attention to detail in composition and production reveal a sensitivity to the infnitesimal spaces between the smallest of quarks that make up the matter around us. 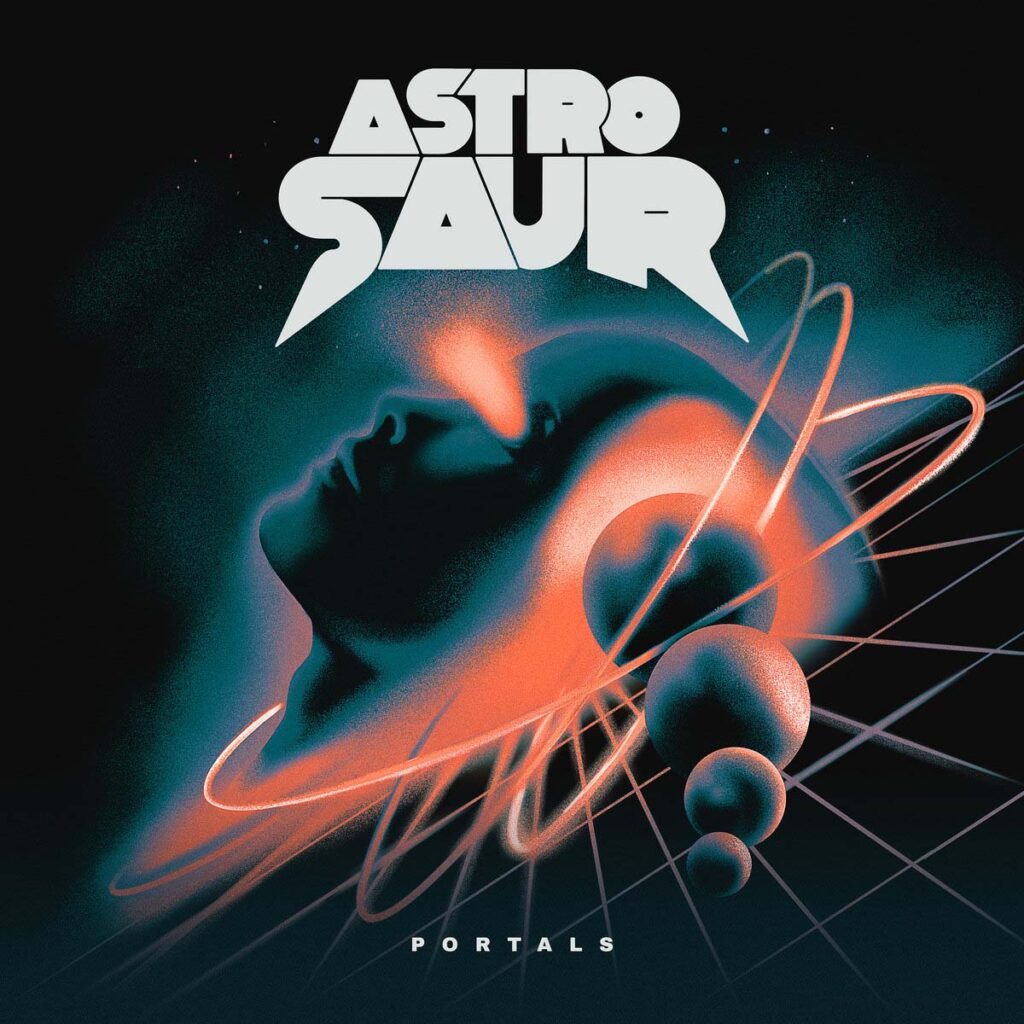 Regardless of your inclination for interstellar travel, there is one thing that is undeniable about »Portals«, and that is its massive sound. Carried by the diverse and dynamic drumming of Eikum, Kråkenes and Glas are free to roam the infnite space of possibility present within the art of the rif. Album closer »Eternal Return« is perhaps the best expression of the rif-tastic genius of Astrosaur, and the best demonstration of why this band has never sounded better before. The unique tone of Kråkenes lingers to fll the void, with his dual amp setup allowing for creative use of the stereo efect as if at least two guitarists are trading chops. Meanwhile, the big bass sound of Glas doesn’t fow from your speakers. No, it erupts from the cones, unearthing tones unheard from your setup, before morphing into a subtle vintage sound for one of the many elegant melodic breaks that Glas contributes, adding to the beauty of this sonic journey.

From a compositional viewpoint as well, »Eternal Return« is a mind-blowing afair. This giant psychedelic prog epic has been built from diferent themes and motifs that take turns in appearing, shifting form and developing as they go along. Segueing into new themes or returning to earlier ones, »Eternal Return« gloriously comes full circle, ending the mind-boggling journey of »Portals«.

Where previous records were recorded live, or recorded with the intent of sounding like the band playing live, »Portals« is the product of a deliberate recording process that allowed for more layering and experimentation. With the addition of vibraphones, Moog and acoustic guitars, the sound of Astrosaur is fuller and more diverse than ever before. From the soaring overture of »Opening« to the glorious fnale of »Eternal Return«, »Portals« shows the next great post-metal band at their most accomplished. Fans of dynamic rifs and intricate compositions can once again rejoice as they’re able to tune in and fade out once more with another wild ride courtesy of this exciting Norwegian powerhouse.