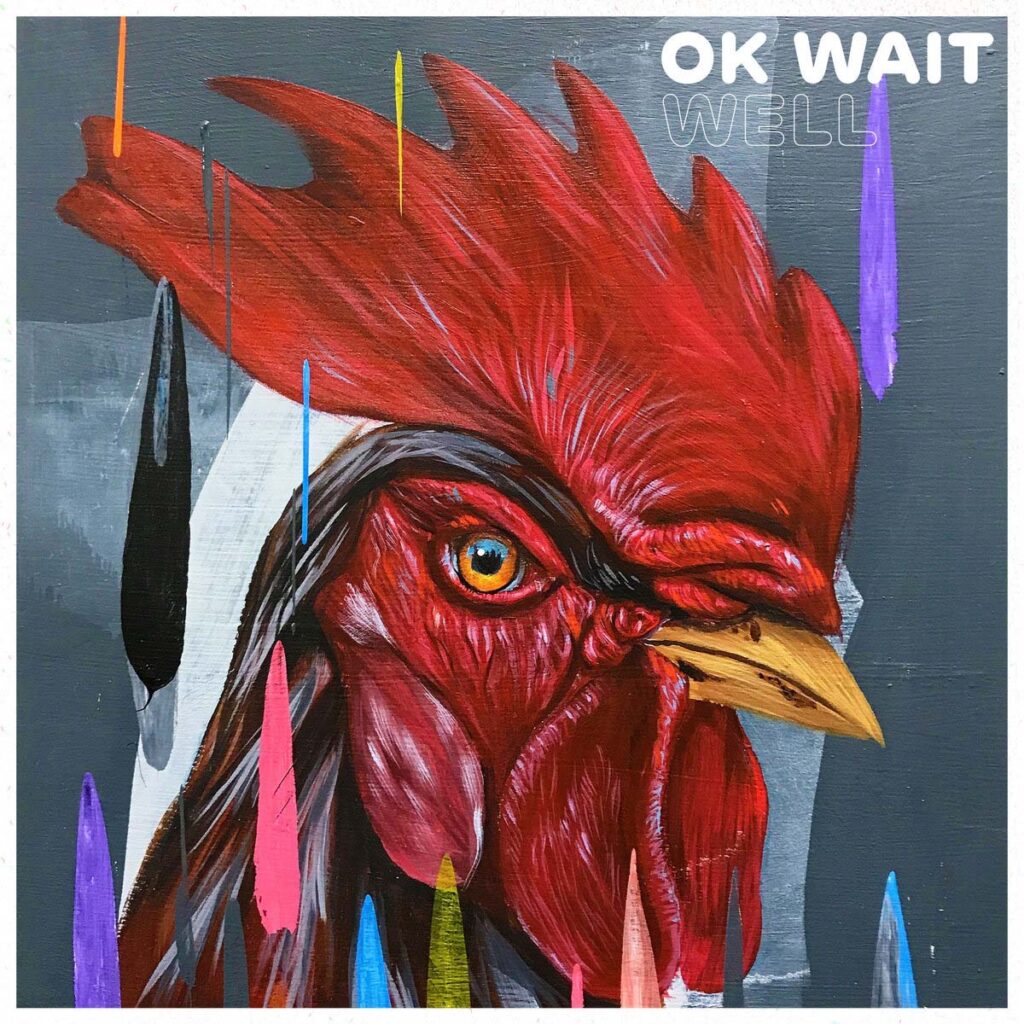 The name OK Wait is new – the four musicians behind the project are not. The Hamburg band emerges from the preceeding band’s Sonic Black Holes guitarists Christoph Härtwig and Michel Jahn. In 2019/20 they were completed with bassist Florian Zeh (previously in Rodha) and drummer Lutz Möllmann (also in Barrels, previously in Caleya, Eisenvater, ULME and others).

The band performs instrumental and epic rock music, that cannot clearly be categorized as post-rock. They rather blend in their influences of post metal, noise rock, grunge and progressive rock. The band’s name OK Wait proposes to pause, reflect upon and re-evaluate common ideas and concepts.

The album »Well« consists of five songs, arriving at a total playing time of fifty minutes. Each track journeys aimfully through layered sonic textures into huge break-ups. The songs are often interconnected by athmospheric codas. 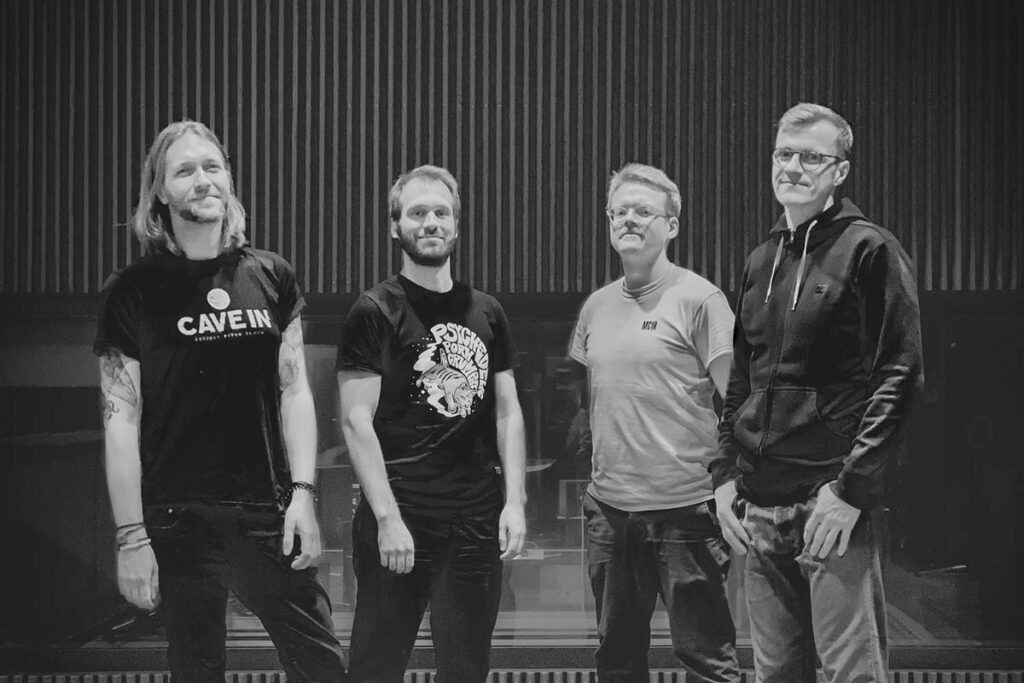 The record was written, and recorded by the band throughout the latter half of 2020 – due to the pandemic situation most of the production took place in the members’ own homestudios. On two tracks you can hear guest musicians adding lapsteel and violin. The album ist produced by the members of the band, mixed by Christoph Härtwig and mastered by Cult Of Luna’s Magnus Lindberg at Redmount Studios. The cover is showing a painting by the US artist Frank Gonzales. Bassist and graphic designer Florian Zeh took on the album design.

»Well« will be released on 1st April of 2022 on the german label Golden Antenna Records (GOLDEN 053) as a digital release and as double LP in the color variants cockwork orange and Hahnentritt.