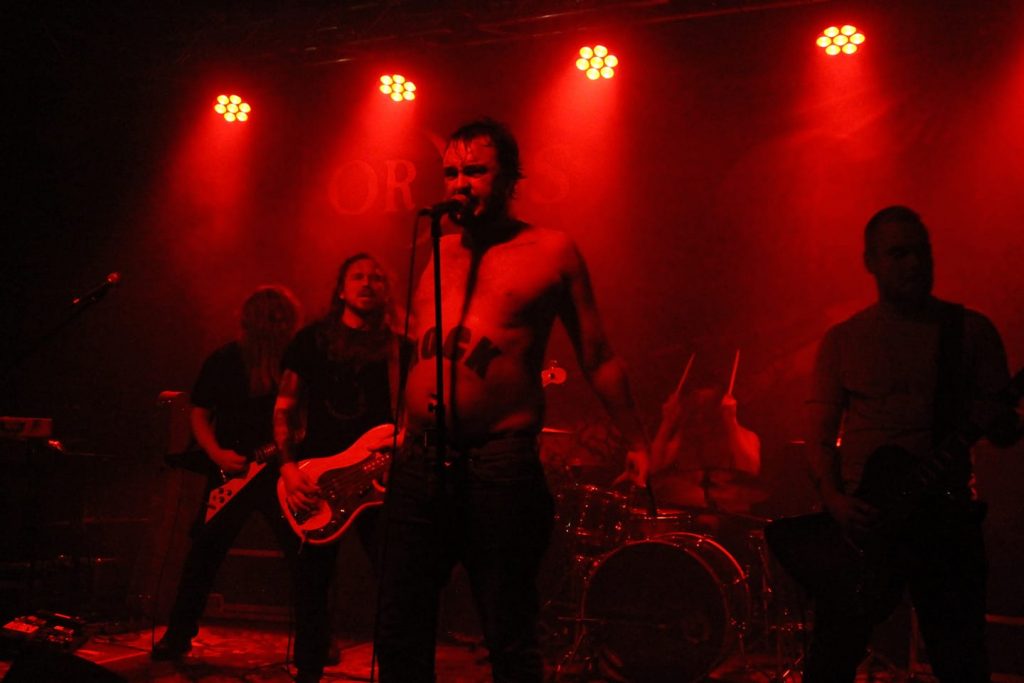 Swedish stoner metal outfit Ordos premiere a music video for the track »The Hunter Of Hades« taken from their latest full-length album, »The End«, released in 2019 via Moving Air Music.

Says the band: “This is a song from the album »The End«, released in 2019. It is non the less an important song, which points us to the continuous search for ways to express ourselves.
With the use of only prisms and mirrors, to bend and distort the images, and with a classic 80’s theme, a nightmarish state of consciousness is hereby presented to you.
Finally you can envision our visual thoughts through the creative mastermind Johan Lundsten!”

In the fall of 2011, yet another band from the infamous rehearsal space in Uppsala, Sweden broke up, and from the ashes, mold and dirt, a new idea and three members rose once again. Inspired by the underground stoner genre and the atmosphere all around them.

After guitarist André left the band, Ordos decided to put all their energy into the making of an album, not booking any shows before that task was completed. Just as was the case with the last album, the guidelines were to make the songs sound dark and evil. No other limits were applied, thus allowing us to draw from and to float freely between all genres of hard rock and metal.

»The End« is not really about any one thing. It’s a collection of tracks cloaked in darkness, its subject matters ranging from insanity to folklore, mythology and the arrival of a new, darker age. The role of vocals in Ordos is so much more than just the words sung – it’s an instrument in its own right.

»The End« is a new beginning for Ordos. Lost and newfound members have given the sound a harsher, more destructive atmosphere that makes your mood pend between killing yourself and stabbing your neighbour. The last album went to the chasm – »The End« has bridged it. The End… has finally arrived.