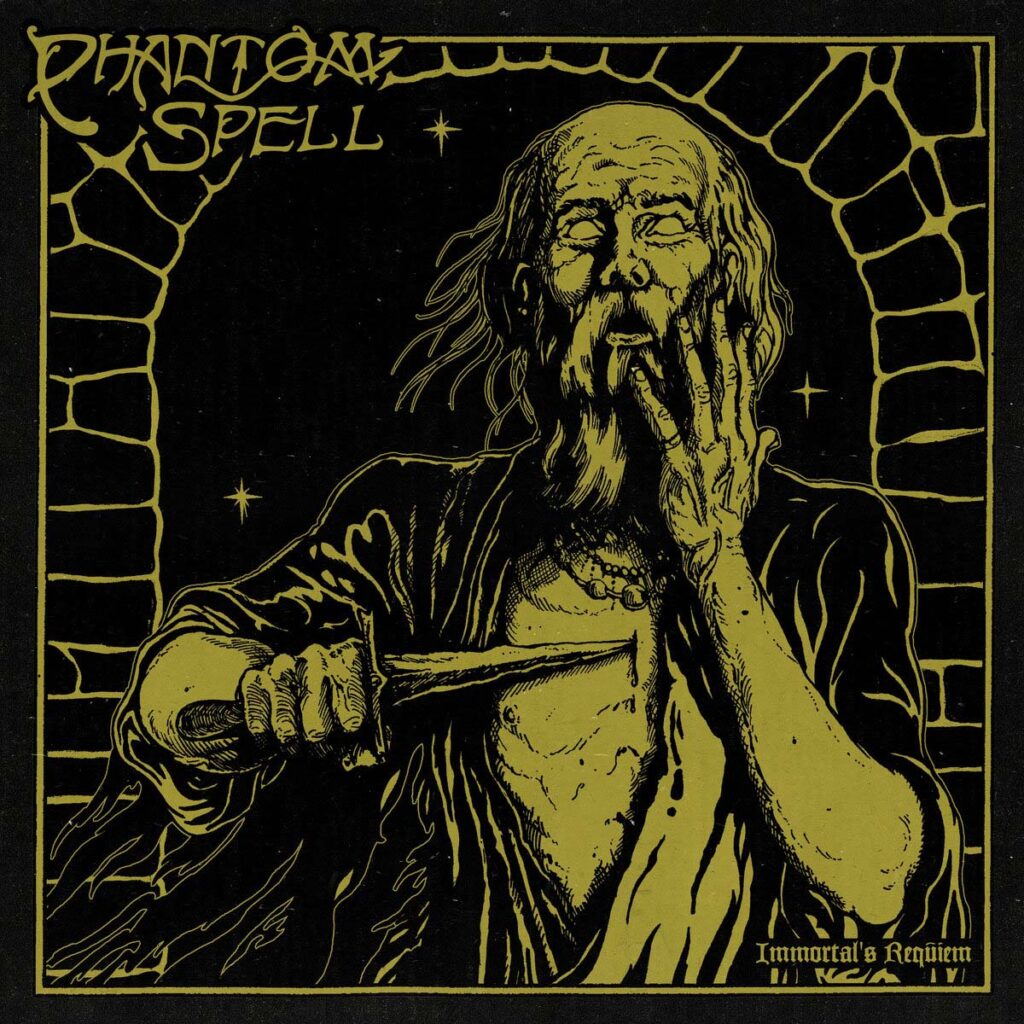 *Bonus tracks on all purchased versions of the album.

All songs written by Kyle McNeill except »Moonchild« written by Rory Gallagher.
Recorded at Wizard Tower Studios.
Mixed and mastered by Kyle McNeill.
Artwork and logo design by Jack Welch of Seventhbell Artwork.

In what is described as a “spellbinding sonic journey… in which fractured thoughts of a deteriorating clairvoyant are given form as cascading guitar harmonies and weaving mellotronic passages”. It is sure to capture the imagination of Uriah Heep and Kansas fans, alike. Reigniting nostalgic feelings of adventure via stacked vocal harmonies and growling Hammond Organ passages.

Head on over to the project’s Bandcamp page where you can listen to the first single, »Seven Sided Mirror« and pre-order the album on CD, cassette tape, and digital download: phantomspell.bandcamp.com/album/immortals-requiem

Phantom Spell is the brainchild of Kyle McNeill. Frontman for London based classic metal stalwarts, Seven Sisters. Having established his command of songcraft over several albums with the UK’s twin-guitar renegades, McNeill has decided to add a second string to his bow. Delving heart-first into a musical love letter to his favourite prog rock artists of yesteryear.

As McNeill elaborates: “Musically, this is an area I’ve wanted to explore for a very long time. The classic prog records have truly captured my imagination and continue to inspire me. I hope that in some odd way, this can be seen as me trying to repay the favour to those bands for enriching my life – a tribute to the dorkiness and grandeur of prog rock!” 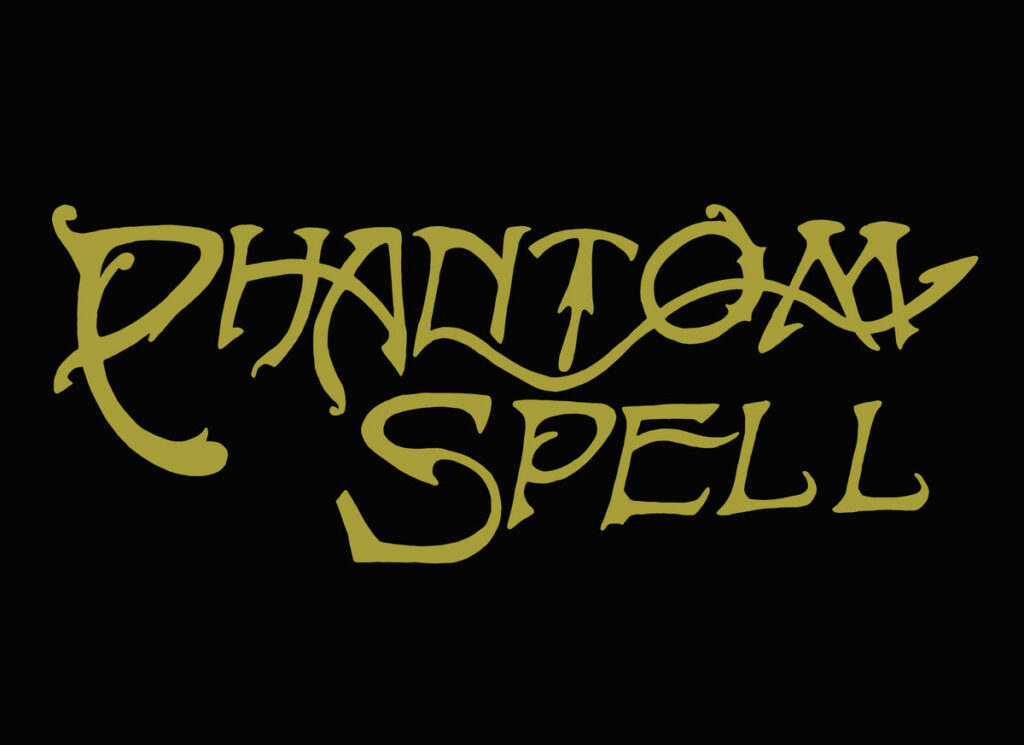 A tribute, it may be. However, this is more than a mere copycat experiment. Those who have followed McNeill’s work over the years have come to expect a certain level originality and attention to detail. This new project promises to follow in that same tradition. After releasing the single, »Keep On Running«, in July 2021 to much praise, the stage is set for Phantom Spell’s debut album.

Through »Immortal’s Requiem«, Phantom Spell presents a spellbinding sonic journey. A journey in which fractured thoughts of a deteriorating clairvoyant are given form as cascading guitar harmonies and weaving mellotronic passages. Songs like »Dawn Of Mind” and »Seven Sided Mirror« effortlessly navigate shifting sonic textures with purpose and unabashed curiosity. Akin to the theatrical majesty of those dear Kansas and Yes gatefolds tucked away in record collections worldwide.

You would be forgiven for thinking this facade of shimmering synthesizers is a means of escapism from what we face in the real world. However, amidst the grandeur is a stark vulnerability on display. The driving electrified rhythms of »Up The Tower« clear the heady smog of spell-craft and make way for a direct message. After all, Phantom Spell was born in isolation. A child of the plague years and a necessary catharsis.

As the project creator, Kyle McNeill, explains: “At the core of these songs are insecurities and emotions we’ll all encounter in our time. Even if you’re an immortal wizard.”

This sincerity makes for a compelling juxtaposition against the baroque instrumental passages and fleeting guitar work.

The album’s only instrumental track, »Black Spire Curse« showcases McNeill’s aforementioned guitar work perfectly. Navigating complex melodies and Hackett-like dreamscape soloing with equal dexterity. Culminating in a grand cacophony of marching rhythms and hedonistic simplicity before gently easing in to the lull of an acoustic/hammond organ combination. Foreshadowing the awakening that is the slumbering beast, »Blood Becomes Sand«. The dynamic peaks and troughs that give the album such life are on full display here. A quality that brings the listener back time and time again.

With »Immortal’s Requiem«, Phantom Spell present a complete work. Rounded and satisfying enough within itself while presenting avenues of exploration for a later date. A fitting opening chapter to a new story!