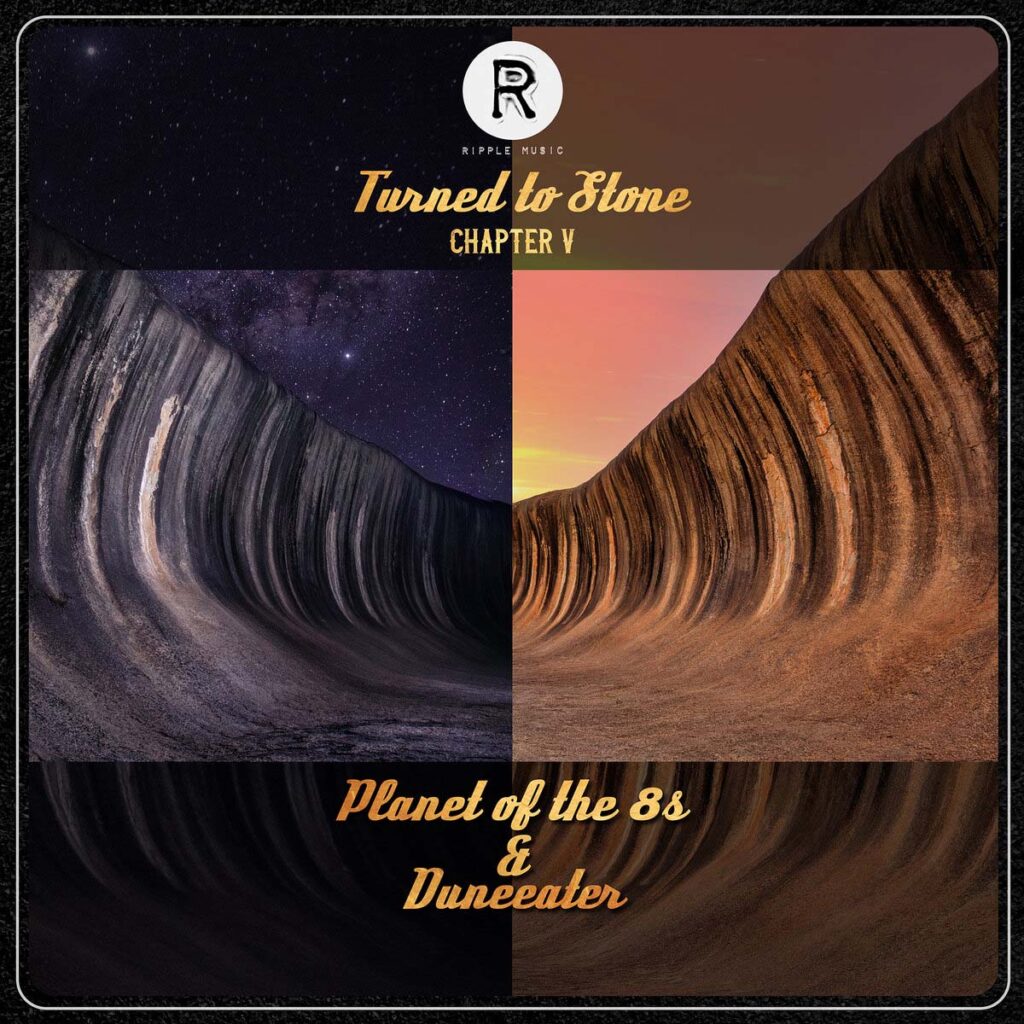 Australian stoner rockers Planet Of The 8s releases a music video for »Raised By Night« from their »Turned To Stone Chapter 5« split album with countrymen Duneeater.

»Raised By Night« is the second single taken from the upcoming split album, »Turned To Stone Chapter 5«, scheduled for release on August 5th, 2022 via Ripple Music.

About the video, the band says: “We immediately loved the artistry in Eugene Richards’ (Parallel Post) ‘stars in the waves’ visual effects. It’s a neat mash-up of the sci-fi/space vibes we’re into, the Wave Rock photography on the vinyl sleeve for this release, and some of the lyrical content in this track. Hopefully this captures some of the energy of our live shows!”

Ripple Music present the fifth installment of their »Turned To Stone« split vinyl series, to be issued on August 5th and featuring a duo of amazing and ambitious Aussie stoner rockers Duneeater and Planet Of The 8s. The second single from this chapter is the track »Raised By Night« by Planet Of The 8s.

About the collaboration, Dunneater comments: “When the POT8 fellas pitched their circular flow idea it just made sense… well in truth, it took a bit of explaining but us slower DE fellas caught on eventually! The idea was to try and achieve a smooth transition, circular flow, no start or finish, listening experience where it’s up to the listener to choose their own side A or B, from there the music transitions from one side to the other without too big of a vibe change. Hopefully, the listener digs our attempt at the idea and that they catch the vibe we went for.”

Planet Of The 8s adds: “Working with Duneeater for this split was a natural extension of the collaboration with Duneeater’s frontman, Diesel Doleman, included on P0T8s’ »Lagrange Point Vol I« EP. The bands also co-headlined a launch show in Melbourne for their respective previous full-length releases. And the connection runs deeper, with Diesel having auditioned for Planet Of The 8s back in 2015 when the band was still finding its feet; these guys go a fair way back and the camaraderie is evident in the way this split has been pulled together.” Duneeater (pronounced Dune Eater) are a five-piece band fuelled by a heavy desert vibe and made from genuine Aussie car parts. Their love for V8s, driving riffs and groove is evident in their music. While some might be tempted to roll them up in the stoner genre, it doesn’t take long before you realize their riffs weren’t just made for spliffs… It’s an add fuel, turn key and burn rubber road trip to your nearest outback pub. Duneeater’s music was once described as if Kyuss and Fu Manchu jammed out a child That being said, these blokes have managed to find their own sonic space on the desert highway by successfully adding a flare to the Aussie hoon. “I think subconsciously when we’re writing, we work off a template where we hope the listener will wanna crack a few beers n do a burnout.” If you like your stoner rock laced with speed and where the riff reigns supreme, these five blokes are your new co-pilots. 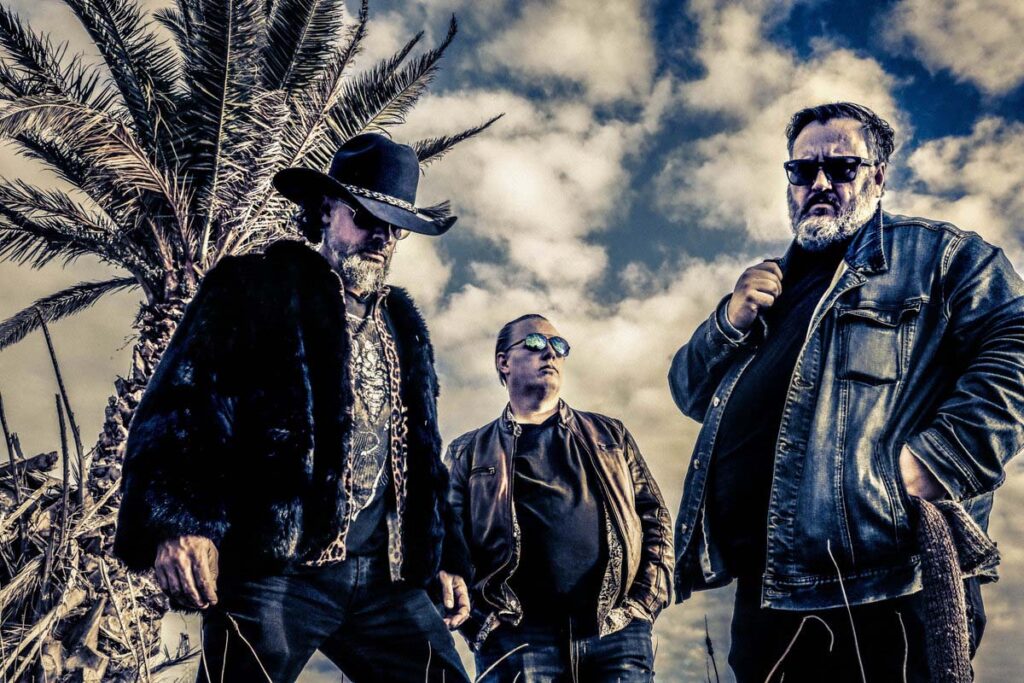 Planet Of The 8s have evolved over seven years to become one of Australia’s foremost desert stoner rock outfits, delivering a visceral live set punctuated by deep grooves, harmonized melodic vocals and a thick wall of captivating riffs and lead guitar. Their sound has continually evolved and while influences like QOTSA and Kyuss are evident in the older material, Planets’ have brought progressive and doom elements into their more recent/upcoming releases, with a nod to bands like Tool, Lowrider and Elephant Tree.