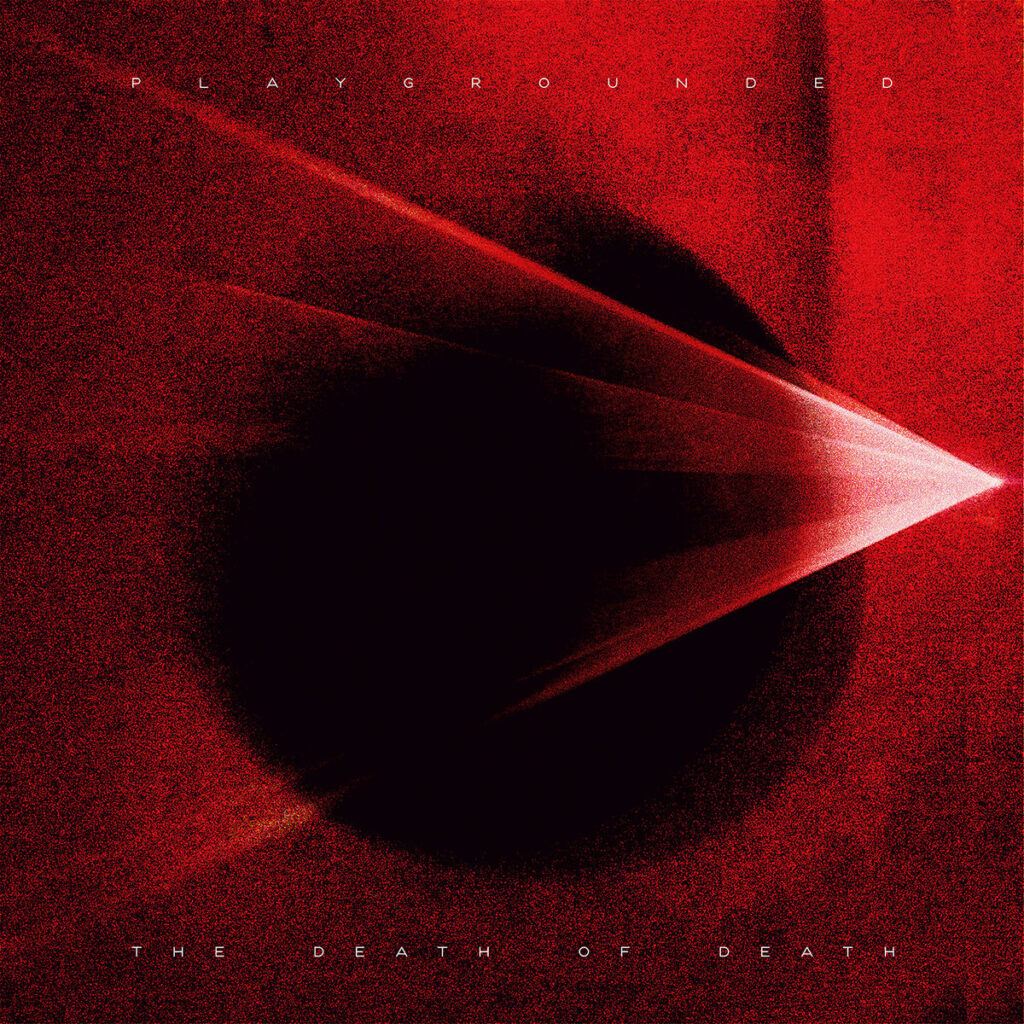 Greek progressive/post-rock outfit Playgrounded has unveiled the opening track »The Swan« of their upcoming sophomore album, »The Death Of Death«, set to release on March 18th, 2022 via Pelagic Records.

The band comments: “We share with you »The Swan«, the track that we have chosen as the opening of »The Death Of Death«. The lyrics set the premise for the rest of the album: desperate or fascinating, one’s relation to the world that surrounds us is grounded to the very matter of which we are made. 🦢”

Hailing from Greece, but spending most of their time in the Netherlands, the musical pedigree of the members of Playgrounded is quite unprecedented in the metal/rock underground. Main composer and producer Orestis Zafeirou is a graduate from the Institute of Sonology of the Royal Conservatoire of The Hague, a department focused on electronic music education and production research. Additionally, he works in a synth factory. Vocalist and co-producer Stavros Markonis graduated from the Amsterdam conservatoire and is an award-winning composer for film and TV. Bass player Odysseas Zafeiriou and guitar player Michael Kotsirakis both work as computer engineers, while drummer Giorgos Pouliasis is a graduate from the Rotterdam Conservatoire, as well as a drum teacher and a popular session musician in Greece as well as in the Netherlands.

Starting out in 2007, Playgrounded have been together for over 15 years, playing both national and international tours, while also opening for bands like Riverside and Anathema and even Nine Inch Nails in Amsterdam. Their first EP »Athens« (2012, Casket Music) portrays an already mature band playing modern prog rock influenced by Tool and Deftones. Their debut full-length »In Time With Gravity« (2017) shows the band in full flux, experimenting with extended compositions as well as influences from influential contemporary electronic music acts like Modeselektor and Moderat. 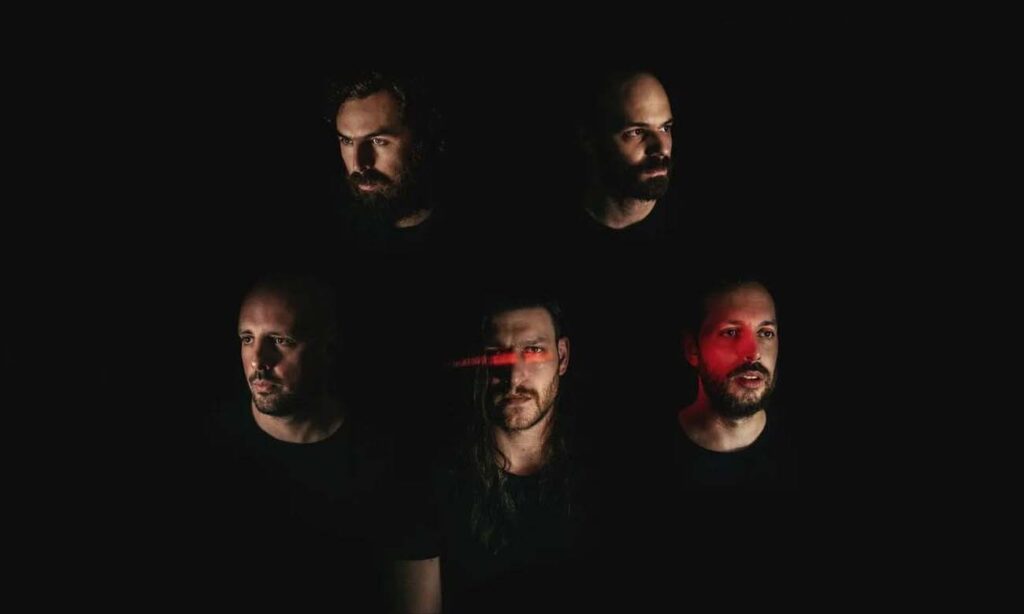 Playgrounded’s sophomore album lives up to the aspiration of its lofty album title. »The Death Of Death« is music that results from mastery rather than lacklustre exploration and experimentation. The album was recorded at MD Recording Studios by Nikos Michalodimitrakis, long collaborator of Stavros in film productions. Mixing was handled by C.A.Cederberg (Leprous, Anathema, Shining, and more) in Kristiansand, NO, while the album was mastered by George Tanderø (Madrugada, Satyricon, Jaga Jazzist, and more) in Oslo, NO.

Demonstrating a profound understanding of the glitches they produce, Playgrounded evoke a sense of the uncanny closely related to the cut-up movie fragments of sound artists like the German Orson Hentschel. “We start with dynamic sound design structures, most of the times initiated by Orestis,” explains guitarist Michael Kotsirakis. “We then work in pairs expanding the musical space and creating variations and flourishes. Sometimes the lyrics and vocals will dictate a change in quality, other times it’s one of the instruments. After many ideas are on the table Stavros and Orestis sit together and propose a song structure. After this loop has been repeated over and over we have a very good idea of all the parts. That’s when we hit the rehearsal space and refine the details.” 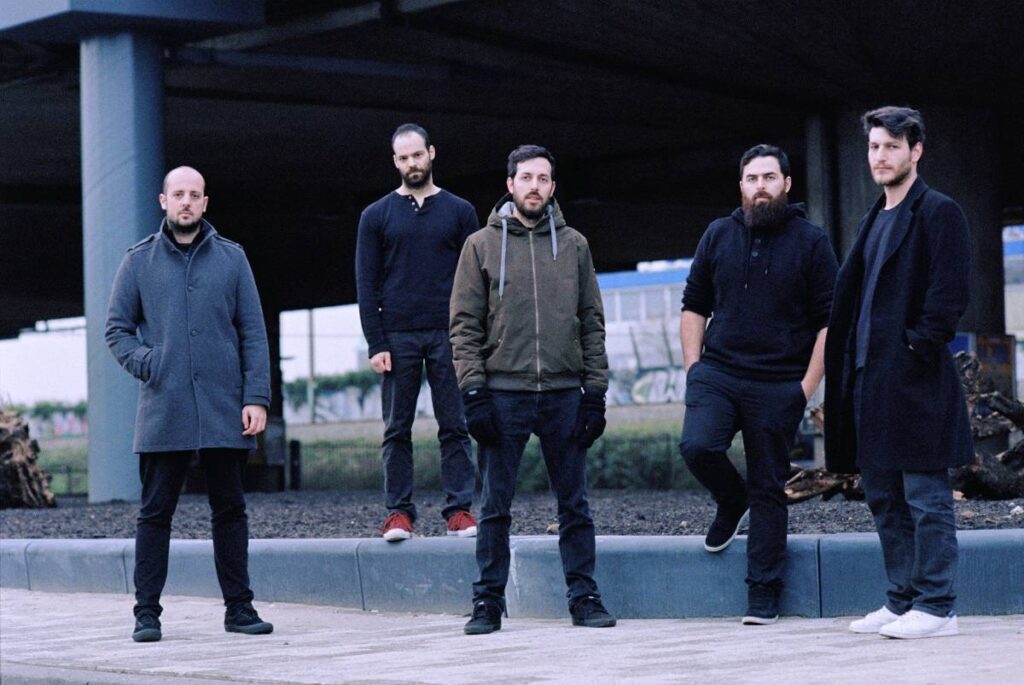 The result is a collection of songs that reveal Playgrounded as composers in the act of decomposition. The memorable guitar riffs and vocal melodies serve as gateways to a deeper layer of glitchy synth textures and liquid drumming, until the perspective of radical decomposition consumes one whole. “The shortest sound units become extended themes,” explains main composer Orestis Zafeirou. “Steady rhythmical blocks interact with unstable ones. Noise becomes tone and melody. Sonic grains gather to form masses, masses dissolve into a single entity. With every repetition, comes change.”

On »The Death Of Death«, Playgrounded analyse and take apart their surroundings, reducing reality to its smallest components, subsequently converting them into sound to create a new platform – a representation of reality from which they build their artistic vision. In essence »The Death Of Death« is dialectical, a study of unity in opposition. A disclosure of contradictory aspects of reality, an expression of their mutual relationship. From these contradictions the band manages to construct a brooding world of dark magnificence. »The Death Of Death« has the appeal of a film score that slowly starts to haunt you as the movie progresses. The more you listen to it, the more its sublime beauty becomes apparent.