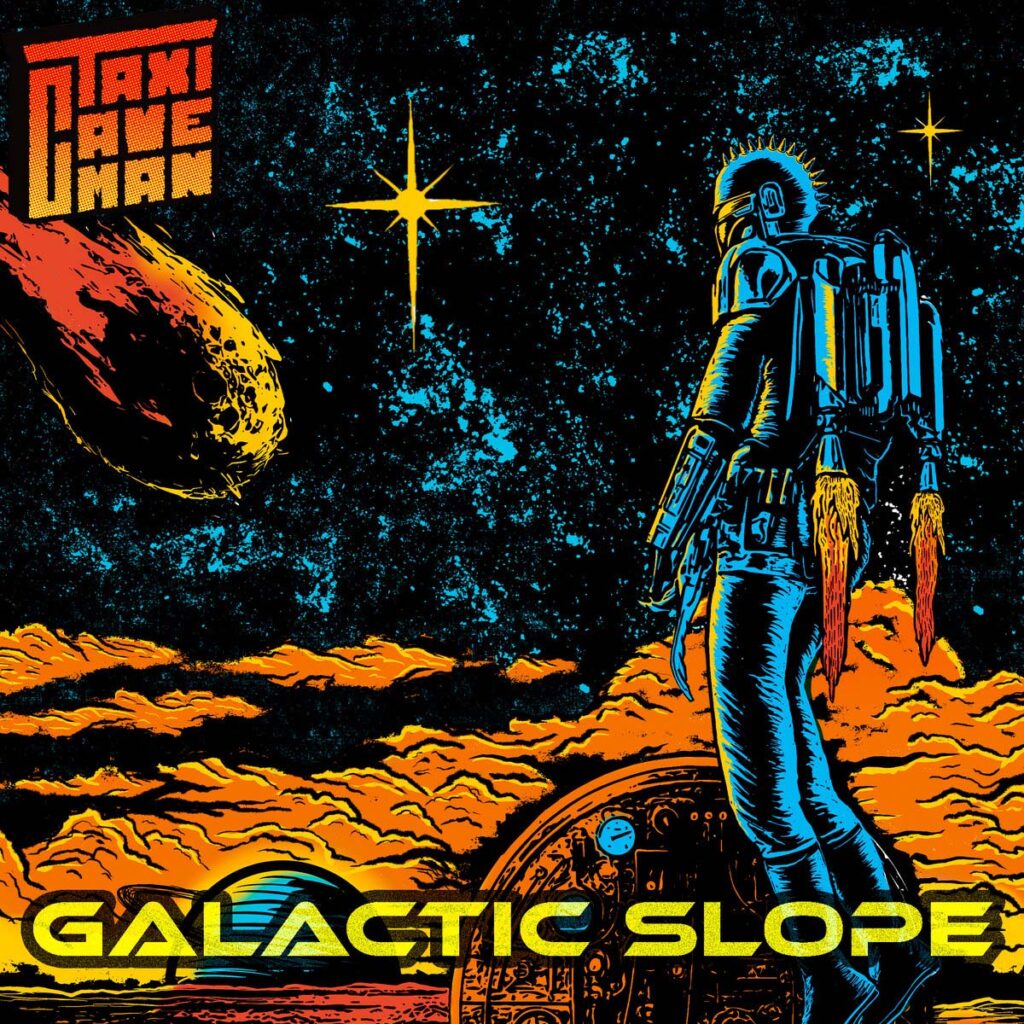 »Galactic Slope« is available now on CD and digital with LP coming in September 2022.

»Galactic Slope« is a journey through cosmos and Taxi Caveman’s need to explore free, improvised playing. They took desert, ashes from Mars, stars around Jupiter and covered it with mud coming from doomish side of the band. This album is a bridge between their first self-titled record and the third one which is in progress right now.

The album was released on CD via Interstellar Smoke Records with vinyl version coming on September 9th, 2022.

Taxi Caveman hail from Warsaw, Poland and consist of Bartosz Nauman (bass/vocals), Piotr Rutkowski (guitar/vocals) and Vincent Grabb (drums/vocals), they are a trio who jam grooves that blend furious stoner metal with elements of punk, sludge, doom, psych and classic rock that is then decorated in a variety of vocal tones, it is not what you would call an atypical Polish sound but it does carry all those traits of heaviness and intensity we have come to expect from that part of Eastern Europe. 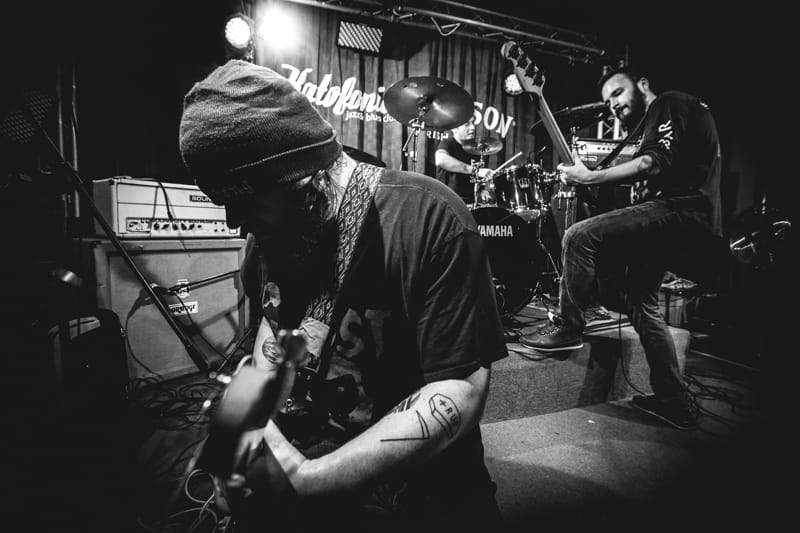 Guitarist/vocalist Piotr R. comments: “The second album is a kind of bridge between our spontaneous debut and our music, which has already been recorded but is still waiting to be released. The two, half-improvised compositions on it are our take on longer, slightly more psychedelic-doom forms. »And The Druids Turn To Sand« is a lazy journey through the desert that slowly transforms into the journey of a space caravan. »Death Cards«, on the other hand, is an old track recorded under a different name yet. Stoner doom in filthy fuzz, shrieked form.”

Cover art by Toxinfigure.
Back and inside art by Neossabath.