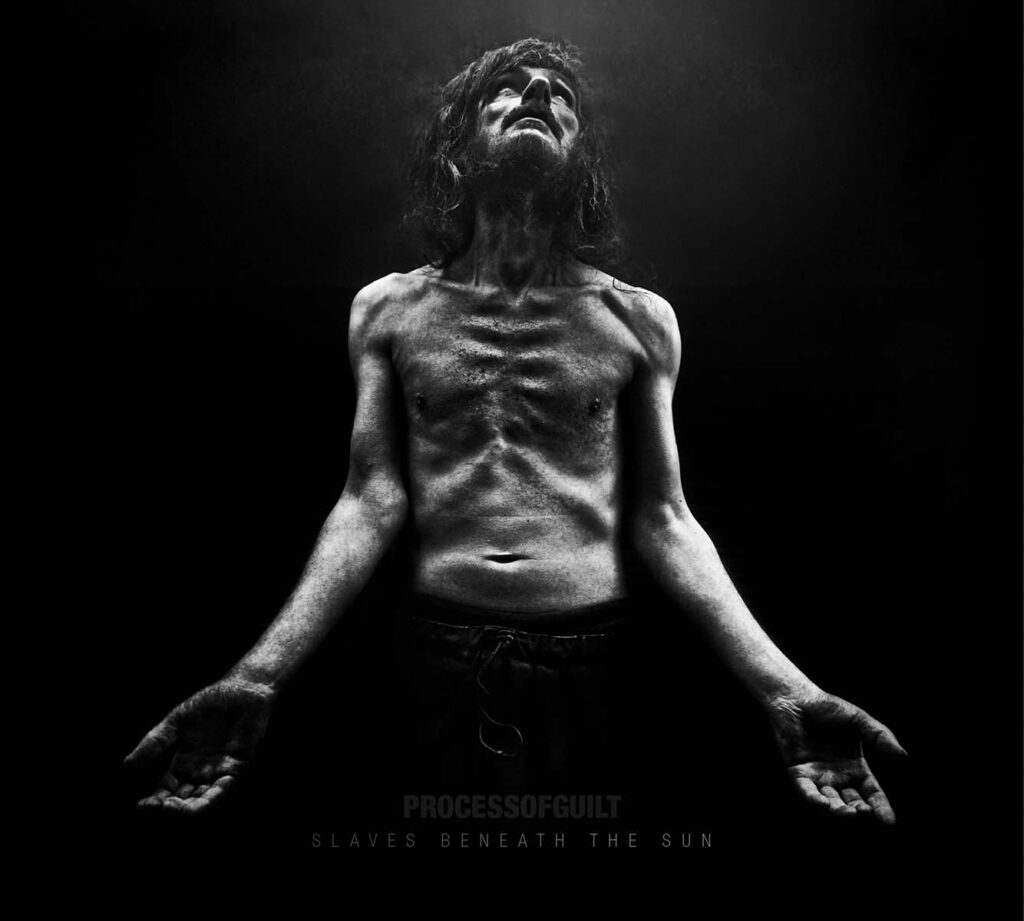 Portuguese heavy doom metal act Process Of Guilt will release their new full-length album »Slaves Beneath The Sun« in digital and CD formats this Friday, June 24th via Fernando Ribeiro’s label Alma Mater Records, while the LP release is set for September 23, 2022.

After building up their particular brand of extremity with a couple of breath-taking and well-received releases – namely, »Fæmin« (full-length, 2012), the »Liar trilogy« (split with Rorcal, 2014), and »Black Earth« (full-length, 2017) – Process Of Guilt return with »Slaves Beneath The Sun«, a sonic experiment that takes their music further into a heavier and bleaker dimension. »Slaves Beneath The Sun« was written as a whole over the last two years and sees Process Of Guilt’s intent evolving into a more ambitious and faithful rendition of what they stand at a musical and personal level.

Deeply connected with the process of guilt that we all stand while on earth, »Slaves Beneath The Sun« acts as a journey through our own guilt over six tracks more scorching than anything Process Of Guilt has ever done before. Steadily moving through different dynamics, the band explores a more diverse vocal approach, mantra-like grooves, a crushing rhythm session, an everlasting love for feedback and more huge riffs than you can ask for in under 45 minutes. 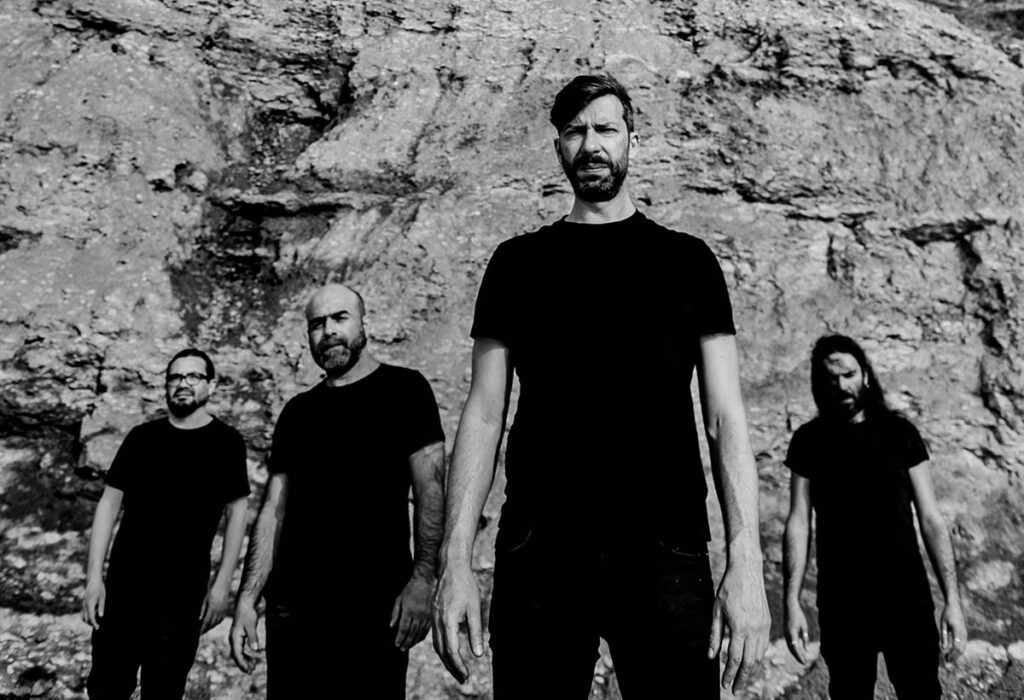 To assemble this sonic behemoth, Process Of Guilt picked right where they left off their evergrowing audience with the last full-length, once again returning to the shinning mixing duties of Andrew Schneider at Acre in NY (well known for his work with such bands as Unsane, Julie Christmas, Cave In or Rosetta) and to the mastering hands of Collin Jordan at The Boiler Room LLC – Music Mastering, in Chicago (Wovenhand, EyeHateGod, Minsk…) thus assuring one more step forward in their quest for sonic purge.

For fans of Neurosis, Godflesh and early Swans.